Stranger on the Bridge: with Mental Health Campaigner Jonny Benjamin 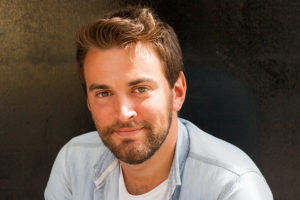 Jonny Benjamin became a social media phenomenon while searching for the stranger who talked him out of a suicide attempt on Waterloo Bridge. The #FindMike campaign was seen by more than 300 million people and succeeded in reuniting Jonny with Neil Laybourn, the man who saved his life.

Jonny’s journey back to wellness included doing the Hoffman Process in 2016. In 2017, he was recognised with an MBE for his work with young people and mental health, particularly through the ThinkWell school education programme. His YouTube channel has thousands of subscribers, he’s been the subject of a Channel 4 drama and the book that tells Jonny’s story, The Stranger on the Bridge, will be released in May 2018.

Jonny now speaks publicly about living with mental illness and has written articles and given various interviews on TV, radio and in print around the world to help educate and break stigma.

“I first heard about the Hoffman Process during a self-development course at the What If Academy, run by Hoffman graduate Sarah Parry. Several years earlier, at the age of 20, I had been diagnosed with schizoaffective disorder; a subsequent suicide attempt, sectioning and hospitalisation changed the course of my life forever. 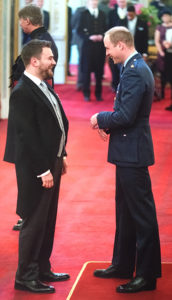 When I came to the What If Academy, my self-esteem was totally crushed. While I was on the course, Sarah said something about her own self-worth that deeply resonated with me, ‘I couldn’t bear it when people would call my name. I used to cringe whenever someone said “Sarah Parry”. But then I did The Hoffman Process. It healed this.’

I was really moved by Sarah’s words. I felt exactly the same whenever someone said my own name. Naturally I was extremely intrigued by the Hoffman Process, but being unwell throughout my twenties meant I never had a stable career, and as a result I couldn’t afford to do the Process. When Sarah heard this, she connected me to Hoffman Managing Director Serena Gordon, who generously offered me a bursary towards a place on the Hoffman course.

At first I felt reluctant. ‘Surely there are other people more deserving of this than me?’ was my initial thought. But to be frank, I desperately wanted to undertake the Process. I had completed the What If Academy course and soon after the Landmark Forum. Both had proved useful, especially the former, and I was eager for more. I accepted the bursary with a grateful heart, and began the Process in the spring of 2016. Before I left for it, my psychiatrist warned me that Hoffman could be overwhelming for people who weren’t in a robust place mentally. While this made me a little nervous of the impact on my own mental health, I assured her I would be OK and felt strong enough to walk away should I need to. Thankfully, the Process only led to enhancing my mental health.

Inevitably the course was challenging in places, but more than anything I remember the overwhelming feeling of liberation I felt throughout the week. It was a sense that I had missed for so long. My twenties had seemed like a lifetime of being sick, both mentally and physically (I was diagnosed with IBS at 24). Finally I encountered self-acceptance, self-forgiveness and – perhaps most importantly of all for me – self-compassion.  One particular moment I remember vividly on the Process was during day five. I was in the bathroom and looked into the mirror while smiling to myself. ‘I love you Jonny Benjamin,’ I said to my reflection. For years, a variety of therapists had been telling me I needed to stop beating myself up and be kinder. But that was always as far as it went. When I did the Hoffman Process, it was almost like I found the key to a treasure trove contained and hidden within me. A trove of love, peace and new hope.

Experiencing this would not have been possible without our three teachers, Eliza, Janet and Sam.  Upon meeting all three they almost felt super-human, and I was often in awe of them. I have Janet in particular to thank for helping me realise my self-worth. My gratitude toward them, the rest of the team at Florence House, where I did the Process, and the other individuals on my course, knows no bounds.The vulnerability, honesty and openness of everyone will always stay with me. The connection we had then and since has been extraordinary. 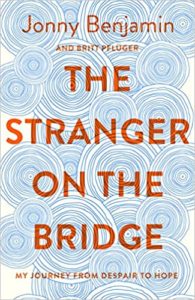 Equally extraordinary was my first day after leaving the Process. I spent a warm, beautiful day by myself on the beach in Eastbourne. My inner harmony makes me smile still as I write this today. I even danced in the English Channel! For the first time in my life, I simply didn’t care what anyone who was watching me thought.

I wish I could say that I’ve sustained such peace of mind, but of course I’m human and my mental health still suffers at times. But when it does, unlike the past, my recovery is swift. And synchronicity is at work too. As I switched on my phone after leaving the Process, I received an email from book publisher Pan Macmillan asking to meet me. I knew great things often happened after people graduated, but this was too surreal! Just a few weeks later I had signed a contract with them to publish two books in 2018 and 19. In May, my first book will be published – an achievement I’m not sure would have been possible had I not done the Hoffman Process. It changed my life greatly, and now I’m hoping it will change many others’ who read it for the better too.

Thanks to an unwavering passion, determination and self-conviction born from my week in Florence House, life is very different for me today. In the two years since I graduated from the Hoffman Process, I was awarded an MBE, I completed a marathon, travelled extensively, and am now working full time. I’m probably most proud of a mental health education programme I developed in secondary schools across the UK called ThinkWell. In 2018 we are planning to launch a programme for primary schools, as well as for parents and teachers.  If someone had told me I could have achieved all of this before I did the Hoffman Process, I simply wouldn’t have believed them.”

For more about Jonny’s experiences visit his website: http://jonnybenjamin.co.uk
To order your copy of Jonny’s book, The Stranger on the Bridge, click here.

Thank you to Jonny for sharing his story. As Jonny’s psychiatrist mentions in the article, we recommend that you’ll get the maximum benefit from your time on the Hoffman Process when you’re feeling mentally and emotionally robust. If you’re currently battling with an acute mental illness or are unsure whether you’re feeling emotionally strong enough to do the Process at this time, please do call the office for a confidential chat with one of our enrolment team before booking a place. If the timing isn’t great for you at the moment, they may be able to direct you to alternative pre-Process support or suggest a therapist in your area. The Hoffman Process isn’t therapy, it’s personal development – so the more empowered you feel before you begin your Hoffman journey, the more you’ll gain from it in the long run. 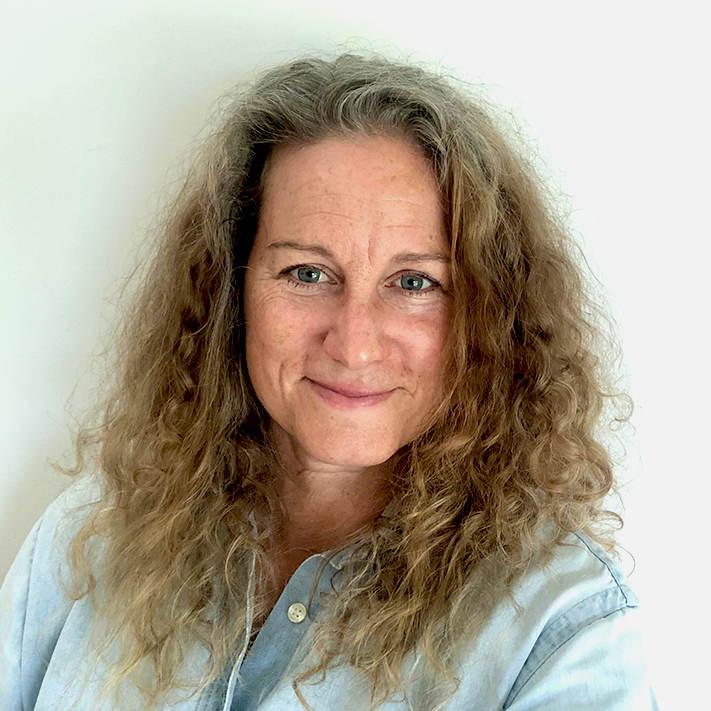 I was born in the 1960s in Kingston, Jamaica. My mother is Jamaican biracial and my father is white British. My older sister and I blended into the melting pot of the island, but when I was 3 years old we moved to Barbados, which was considered a safer place to live. Barbados was known […] 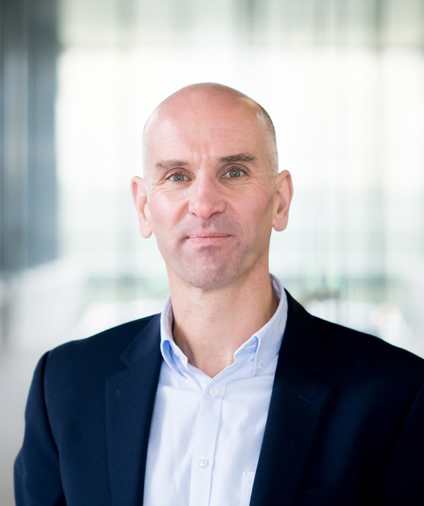 I had a happy childhood growing up in Southampton. Both my parents worked six days a week; mum helped Dad with his business – a marine engineering firm – while doing two other jobs. Neither side of my family ‘came from money’, so I grew up with a strong work ethic and a serious attitude […] 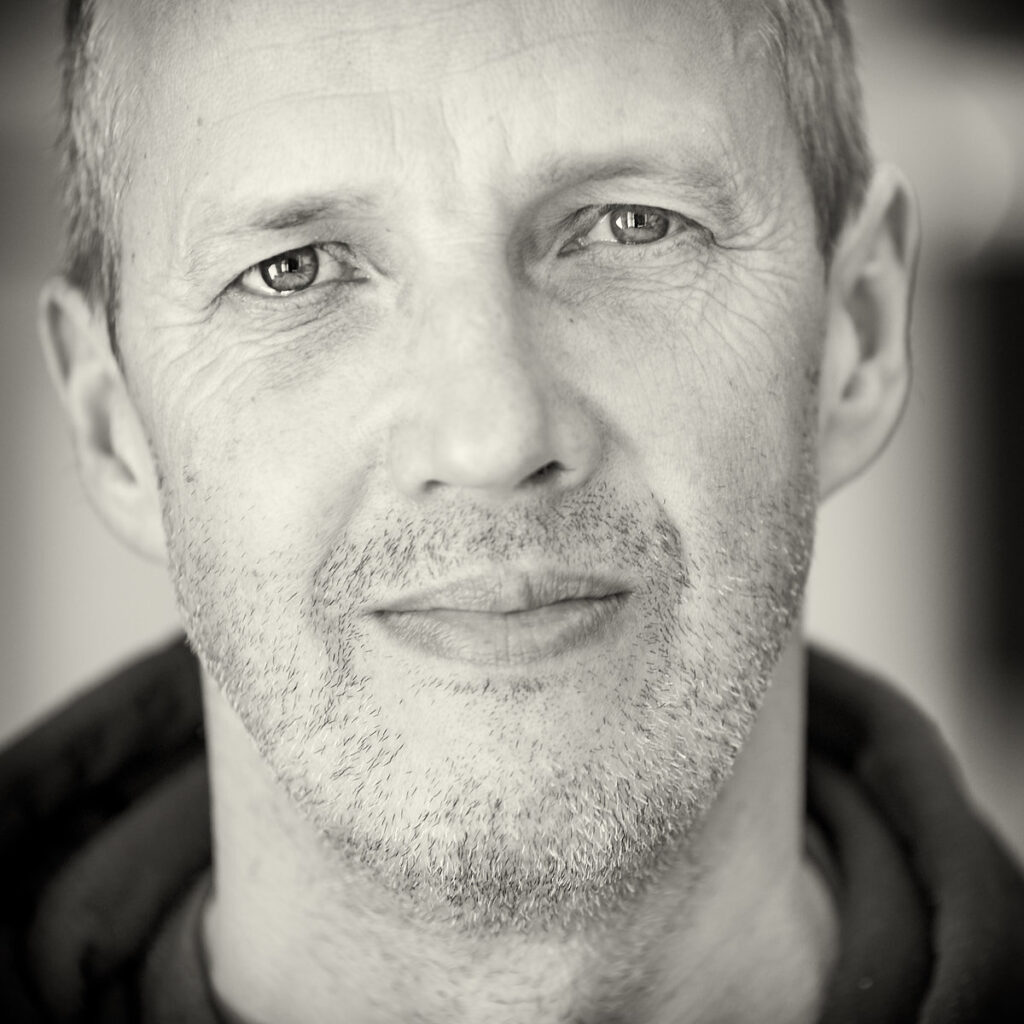 Waking Up to Being Adopted, by Nick Mabey

As far back as I can remember, I’ve always told heroic versions of my life to myself and others. My adoption is a classic example. I was chosen. I was special. Looking back now, I see that as a combination of shiny veneer – designed to look and feel good – and solid armour, to […] 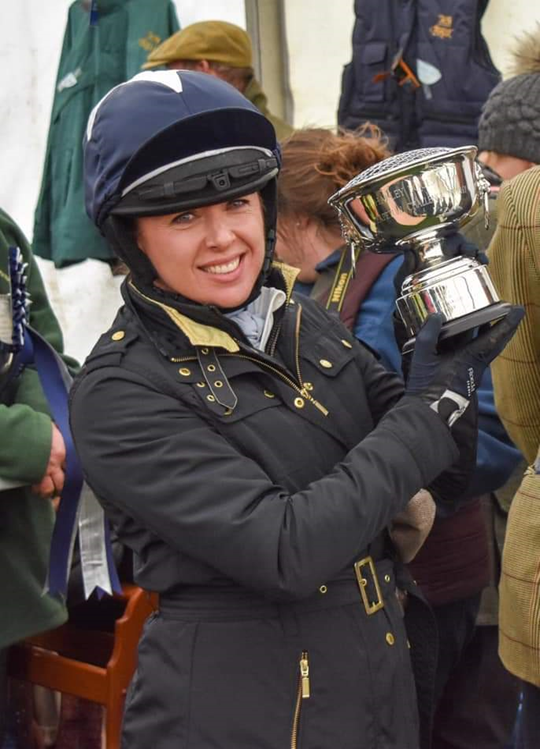 Curiosity about myself was completely non-existent until my thirties. I was the pragmatic, action-oriented type who cracked on with life; diligent, career-focused, and striving to make my way in a solid corporate job within a giant of the global banking industry. Having undergone the standard corporate psychometric profiling – Myers-Briggs and the like – I […] 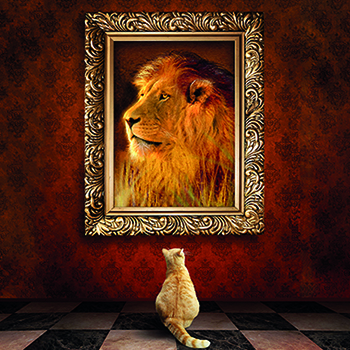 Living Your Process (LYP) is a six-month course, designed exclusively for Hoffman graduates by Senior Hoffman Facilitator and business coach, Stella Horgan (pictured). Our first six-month online programme was led by Stella and other members of the Hoffman facilitation team, and the first LYP cohort graduated in July 2021. The broad aim of Living Your […] 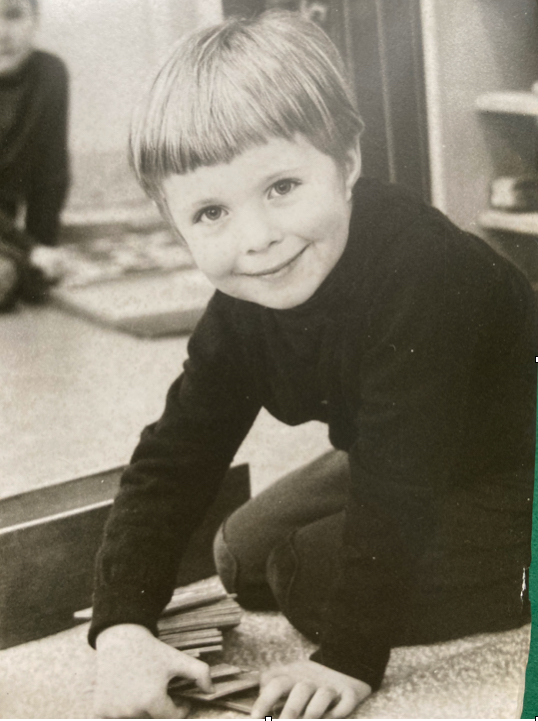 “I’ll always remember September 2018 when I did the Hoffman Process – what a week it was! I’ve struggled with the legacy of my childhood all my life. I was brought up by a stern elderly father and a clinically depressed mother who was in and out of psychiatric hospitals. To top it off, I […] 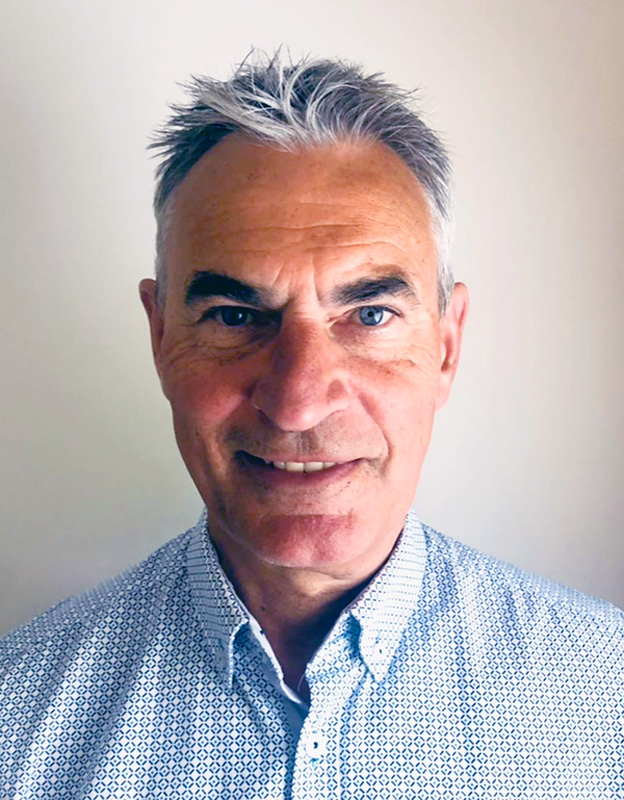 I grew up an only child in a council house in an industrialised area of the North West of England. My Mam did factory work and cleaning jobs and my Dad was a labourer, mainly on building sites. He was deaf in one ear, so he yelled rather than spoke. Often we’d get whacked for […] 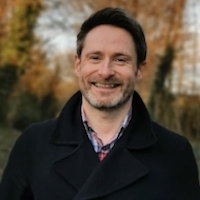 My dad left our mum before I was born, so I grew up with my twin sister, older brother and mother.  As a child, every year my mother would ask us if we wanted to send our father a birthday card and every year I refused. There was a door in my heart marked ‘dad,’ […] 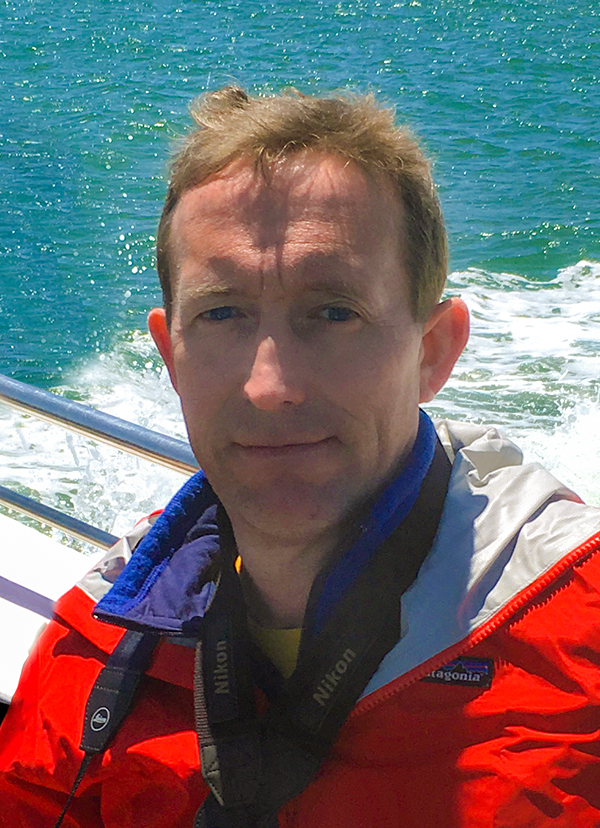 I stopped the world and got off, by Ralph Charlwood

I bet most people don’t have an exact date for the start of their issues, but I do. It’s 6th June 1944 – D-Day – the Normandy landings that eventually led to the liberation of Europe. My father was there, at the tender age of 18. He wasn’t right on the front line, but what […] 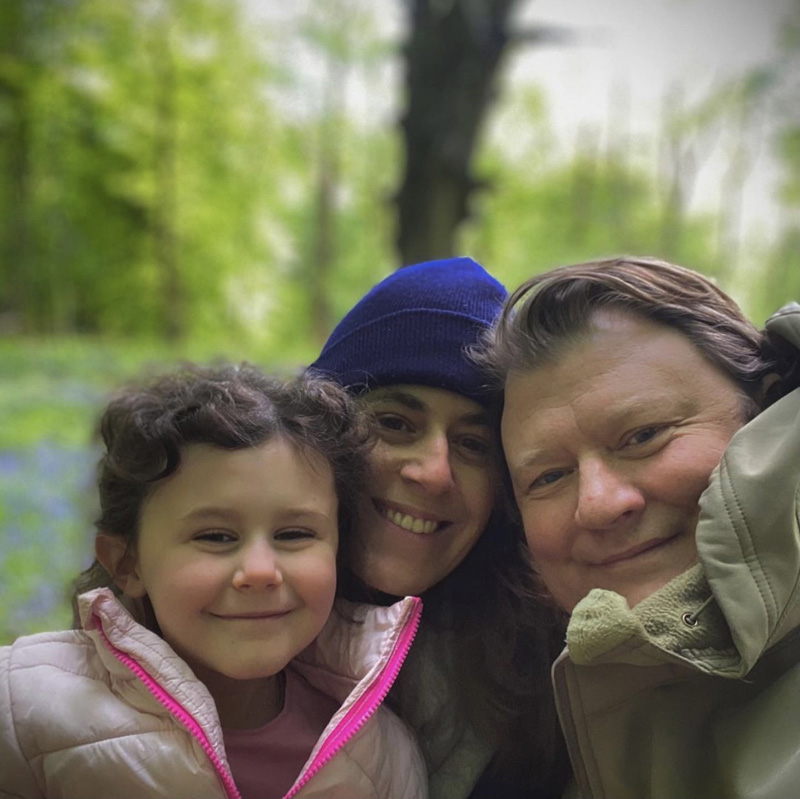 Life Begins Outside Your Comfort Zone, by entrepreneur Veronica Morris

I first came across the Hoffman when my husband Rupert attended the Process in 2008. He returned so much calmer, I couldn’t believe how much happier he was in his own skin. I’d been aware of pain from my past that kept surfacing and, having seen the change in my husband, I thought this might […] 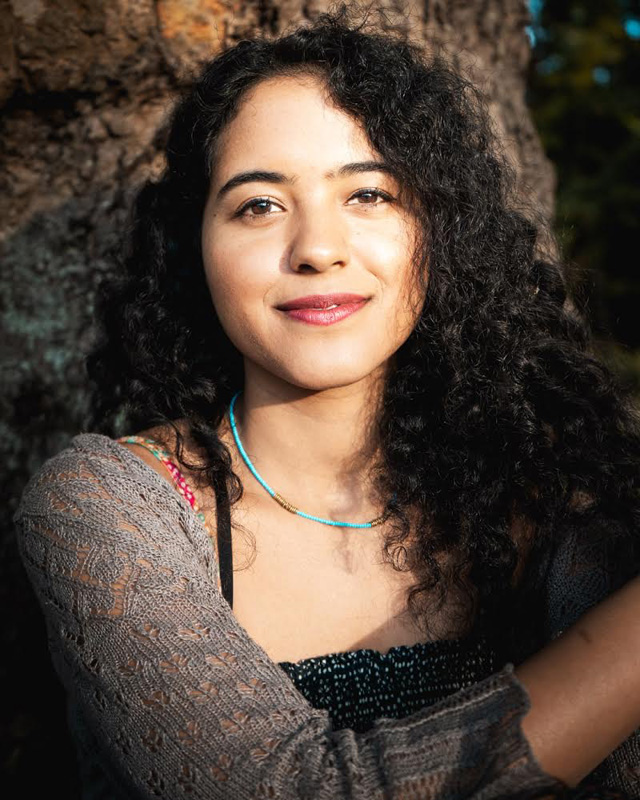 Where is home? By actor, entrepreneur and creative artist Sara Masry

As someone who grew up between two cultures, I’ve always lived with a fragmented sense of identity. This is hardly rare in today’s world. According to British author Pico Iyer, there are over 220 million ‘third-culture kids’ globally, or those who might not have a simple answer to the question ‘where is home’? But I […] 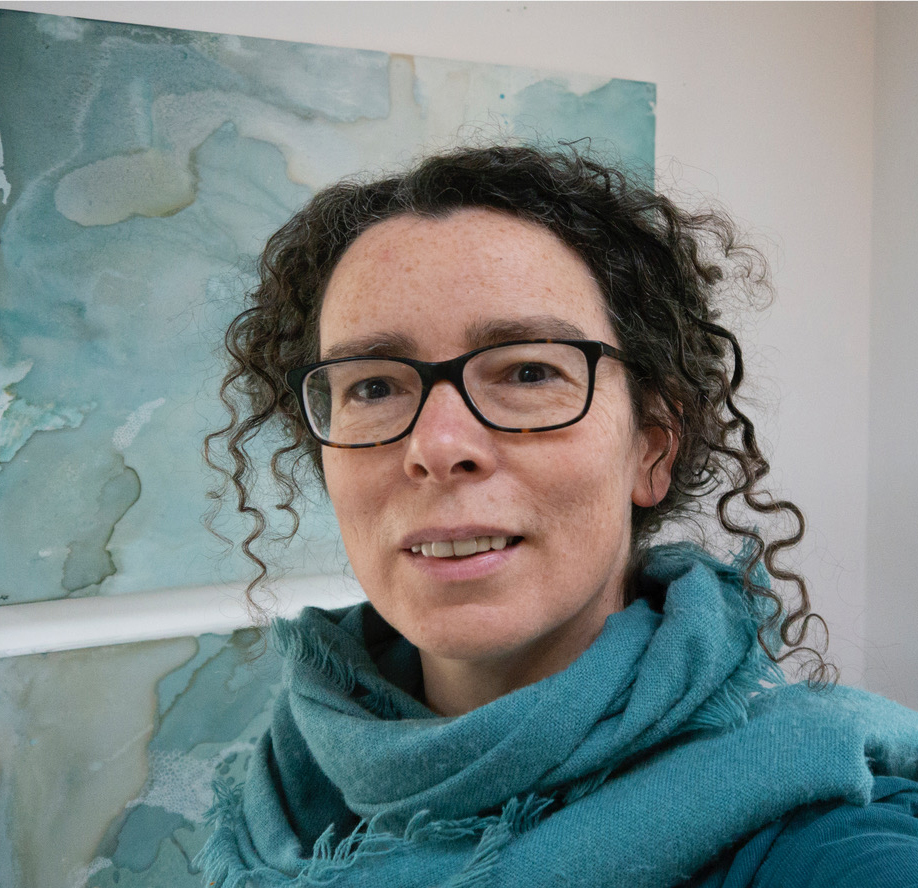 Learning to ‘stay with the trouble’, by artist and author Samantha Clark

When I signed up for the Hoffman Process back in 2008, I had no idea that it would release a stream of creative expression in writing that would eventually become my first book. It was a difficult period in my life. I had just started a new job back in the city I grew up […]