I stopped the world and got off, by Ralph Charlwood 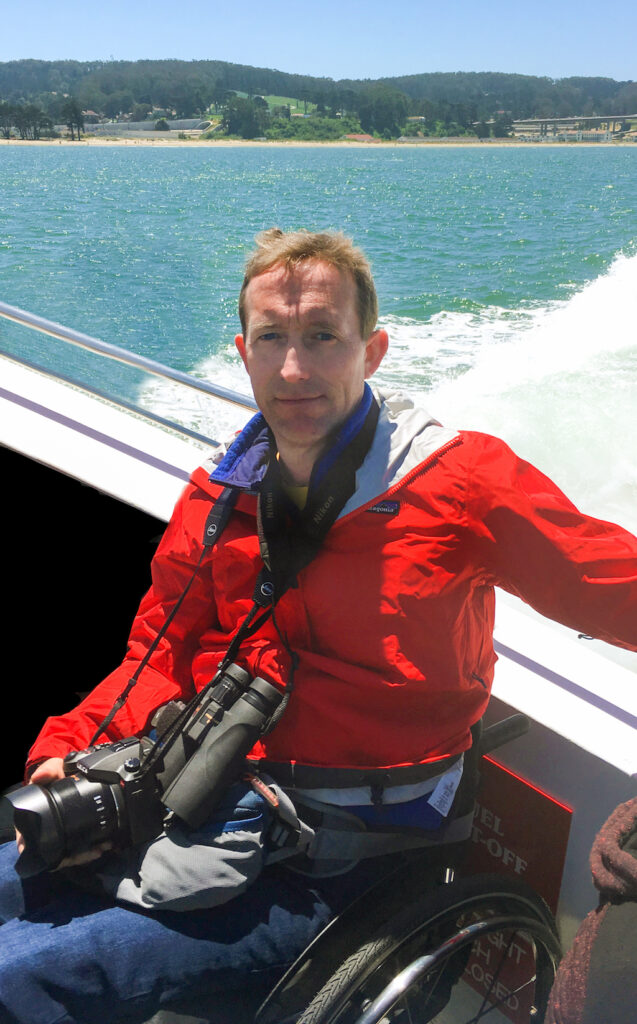 I bet most people don’t have an exact date for the start of their issues, but I do. It’s 6th June 1944 – D-Day – the Normandy landings that eventually led to the liberation of Europe. My father was there, at the tender age of 18. He wasn’t right on the front line, but what he witnessed is unimaginable. Ten thousand allied personnel were killed, wounded or went missing in action on that first day. That’s the day to which I arbitrarily attribute my own troubles.

Born in a working-class environment and raised by an alcoholic father whose wife had left him, my father gained entry to a grammar school, but never went because of the war. As a young man, his hopes and dreams were taken away and replaced by hardship and horrors.

He met my mother and they started a family relatively late for those days. Growing up in the 1970s, theirs was a tough-love style of parenting. Their priorities were roof over your head, food on your plate, and get a good education – the one they didn’t have the opportunity to take up.

I grew up loathing my father, whilst simultaneously trying to be the man he wanted me to be. I recall cold evenings underneath a Ford Cortina, holding a lamp as he tried to teach me how to change a brake pad or something similar. Trips to Dungeness for sea fishing or mini rugby or whatever were all part of his definition of being a man.

He was quite sociable and loved a drink, but was also intensely private, with deeply buried anger. It seldom surfaced, but when it did it was terrible; and because of that, it rarely needed to be used. Mostly, we knew not to rile him. He was the boss, the alpha male. This was ‘wait until your father gets home’ parenting.

When young, if we cried we’d be told to stop or we’d be ‘given something to cry about’. Both my sisters recuperated from illnesses at their boyfriends’ houses where the parents were more sympathetic. There was laughter at home, but we weren’t allowed the full range of emotions, and I never learned to manage them properly until much later in life (and that remains a work in progress). 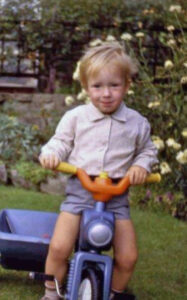 I cannot blame what happened when I was 26 for any issues, because the family of origin ‘set up’ was firmly established by then. One chilly Sunday morning in March 1997, I jumped on my bike and attacked a downhill track in woods with more speed than skill and ended up wiping out on a corner. The tree was okay, but I managed to burst fracture my spine, whilst also breaking my jaw in three places and collapsing both lungs (not at the same time, obviously).

One air ambulance trip to Stoke Mandeville via Maidstone General later, and I found my future included a wheelchair. My life was changed forever more.

I don’t blame this incident for my issues, but it acted like a magnifying glass, making things seem bigger or worse. I’ve seen various counsellors through the years since it happened. One that I bonded with died suddenly of a heart attack. Another retired. Others were just not hitting the spot. There was other stuff, but then in 2019 I listened to Emily Dean’s book Everyone Died So I Got A Dog. Having listened to her story and her experience of the Hoffman Process, I discussed it with my wife and we both thought it might be useful. I’d kissed so many frogs that another one wouldn’t hurt, so I signed up.

Because of the wheelchair, I ended up having a very long chat with Serena Gordon, Managing Director of Hoffman UK, to discuss access arrangements etc. There’s an air of mystique about the Process, but Serena was happy to discuss in detail virtually every aspect of the course. I didn’t realise how varied the activities would be at the time, but subsequently I found I really enjoyed the different approaches that Bob Hoffman wove into the Process, including CBT, mindfulness, and meditation. 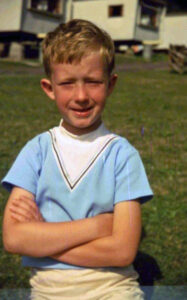 As I’ve continued my healing journey, I’ve encountered various exercises and thought ‘we did this on the Process’. It’s a very cleverly assembled programme of techniques, many of which have now found their way into the mainstream.

My week at Florence House, the Process venue, ranks amongst the most challenging, most enjoyable and most memorable times of my life. After nearly half a century, I’ve totally forgiven my father, and now have far greater insight into his own upbringing, as well as into why he parented the way he did. Fritz Perls, the famous psychologist said: ‘awareness in itself is healing’ and one of the main aspects of my Process was a far deeper awareness of what triggered me, and why.

I can now see how fear can be a driving force and how low self-esteem can lead to overachievement, with the associated risk of burnout. The Process showed me how I’d been shaped and gave me the awareness to distinguish between what is my ‘stuff’ and what’s other people’s stuff. It wasn’t a magic wand, but it gave me the platform and tools to change.

If you ever feel like ‘Stop the world – I want to get off!’ then spending a week with like-minded souls, away from all technology (and alcohol) is highly recommended. It will literally change your life. For me, it was a magical week and the hardest part was leaving and saying goodbye.

If you find yourself over-reacting to something, then you’ve been ‘triggered’ or ‘hooked’. That’s likely (but not guaranteed) to have its basis in childhood. Doing some work on why that stimulus triggers you and how you can stop yourself being triggered is liberating.

I found working individually but within a group has three important advantages over one-on-one counselling: