The Power of Unconditional Love: with Oliver James

The Power of Unconditional Love 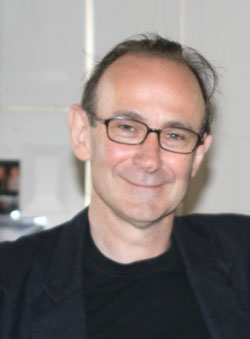 Oliver James is a clinical psychologist, author and broadcaster. He did the Process in 2006. After the success of his book They F**k You Up which explains how our childhood experiences can influence our parenting styles, he has now brought out Love Bombing. This offers a very practical and innovative approach for parents whose children have behavioural problems.

‘In the 80s I did 7 years of psychoanalysis 5 days a week, so I wasn’t exactly new to therapy when I came across the Hoffman Process! I first heard about it at a Book Club meeting where they were discussing ‘They F**k You Up’ and someone mentioned the Hoffman Process. Then one of my friends went on the Process and recommended it. There was no particular crisis in my life but I had occasional bouts of moderate depression and melancholy and was very work-focused, so I decided to see if it might help. My wife was very supportive, in fact she even went and did it herself afterwards, so she must have felt that the effect was positive!

The most obvious change that I experienced was that I lost the tendency I’d always had towards self-criticism and thinking that I was a bad person – the sense of melancholy disappeared and has never returned. In practical terms my family have noticed it most because I stopped waking up cranky in the mornings!

How the Process Influenced My Work
In terms of my own work, the Process has certainly influenced my most recent book Love Bombing. The book was born from a television series that I did called ‘This Morning’; each week I was taken into a different family which was struggling with the behaviour of a child. As I’d just been reading about the positive effects of regression and eye contact, the approach that I’ve christened ‘Love Bombing’ suggested itself to me.

The book advocates a period of intense one to one time spent between a child and one of their parents during which the child can decide what they do together and the parent is totally supportive. It allows the child to feel in control and unconditionally loved. It can enable the child to ‘reset’ their brain chemistry which may have been upset by early life experiences. The younger the child the greater their brain plasticity, so the easier this is, although the book offers case studies across a wide age range. In most cases of anxiety, violence, defiance, anger or under-performance you can expect an almost complete cure.

Prior to the Process I would have been rather sceptical that you could achieve the kind of profound change that we saw in such a short time. But I experienced for myself that the eight-day Process can change body chemistry – I became aware of my own plasticity on the course and that forced me to reconsider what therapy could achieve. It gave me the optimism to believe that you can create methods which can have a really dramatic effect. That was what led me to write Contented Dementia after the Process. When I saw how widely the approach suggested by Contented Dementia was then used, that in turn gave me the confidence and inspiration to write Love Bombing.

In terms of how this might share common ground with the Process, both methods encourage you to regress, both give you an experience of being unconditionally loved and both are short interventions which have a profound effect. It’s never too late – but it’s also great to get an early start!

For more information on Love Bombing visit: www.lovebombing.info and for a taste of Oliver’s parenting advice you can read a Q and A session on Netmums