The Power of Soft- How to get what you need and still be nice: with Hilary Gallo

Hilary Gallo started his career as a lawyer and went on to carve a niche both as a negotiator of complex deals and as a leader in the IT and services industry. He’s learnt through experience that what often looks like a technical challenge is usually all about the people involved. He now brings that understanding to his coaching clients who are from a variety of business backgrounds. Going through the Hoffman Process in 2010 gave him insights which he took back to the workplace, as well as his own life, to great effect. Here he explains how he developed the idea of The Power of Soft which is the title of his upcoming book… 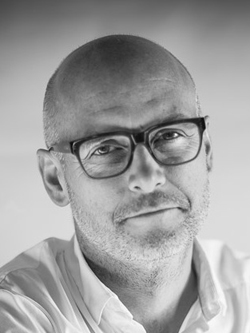 The Hoffman Process helped me realise the true ‘power of soft’. Up to that point I felt things were fine but in truth I was struggling to maintain a veneer of confidence. In a rare moment of sharing within a small group on the course, we were invited to respond to a challenging question about ourselves. What I noticed was the impact of each answer. There were raw emotional truths shared that day that connected us deeply with each other.

When I came to speak, I said what I wanted to say. As I observed my words settle I knew there was a lack of connection in what I had just communicated. I first experienced this as a failure to connect with the group but, more importantly, I felt a missed chance to give something of my true self. I hadn’t spoken from my heart, soul or anywhere deep, vulnerable or really true. I’d given rein to my outward identity only. What I’d expressed was not really me; it was a front. I’d spilled back into what was for me at the time, a familiar ‘work’ pattern.

What I increasingly saw is that a similar front to the one I had put up during that exercise on the Process was getting in the way of just about everything, not only at work but also outside the office. ‘Armouring up’- putting on a front to the world – is the easiest thing to do. It’s behind everything, from the clothes we wear, to the image we feel we need to portray, to the person we feel we need to be. In extremes, the front is simply weaponry and the language follows the metaphor of war; attack and defence, positions and entrenchment. What’s troubling is the deep irony in this; the more effort that we put into the front, the less we tend to put into the core that it’s shielding. A strong hard front can hide a soft, delicate untapped core and we can lose so much in its shadow. For an individual this is exhausting and disempowering and for the corporate it’s confusing. In both cases, nobody knows what you really need. Fragility of confidence and depression sets in within the individual and a lack of appropriate business sense and profitability runs rife in the corporate.

The realisation that behind the strong front there was a soft core birthed a model. The ideal way to be is obviously the other way around: Strong Core and Soft Front. The key though, is that soft is no good on its own. Particularly in a corporate environment, a soft approach on its own gets you squashed.

President Kennedy faced this dilemma over Cuba in October 1962. The ‘Hawks’ were hounding the ‘Doves’ and urging JFK to take military action against Russia’s placement of nuclear missiles in their ‘backyard’ in the Pacific. There is a beauty in the idea of the ‘surgical strike’ that was called for in the White House meetings at the time of the crisis. To our rational, controlling, certainty-seeking minds the idea of a precision-engineered military solution is alluring. The truth though, is utterly different. There is no certainty, precision or control in war, just a messy unpredictable spiral of attack and defence; good for armies and armourers but not for people.

At the counsel of his brother Robert, JFK chose not to attack but rather to stand up with a blockade; forming a Strong Core. JFK chose to stay and hold America’s power to attack, pulling their power to the core rather than unleashing it tactically. At the same time JFK extended an informal soft counter-offer and, understanding what Khrushchev needed, created a ‘bridge’ over which the Russian leader could gracefully retreat. The very real outcome of full-on nuclear war, expected by one in two Americans at the time, was avoided. The Strong Core and the Soft Front worked.

Creating a Strong Core involves a number of key steps. It’s about pulling back from positions, wants and what we think we ought to have. It takes us to a deeper understanding of our own needs and the needs of those we’re relating, creating and working with. At the same time it involves a re-taking of the power that we actually have, both as individuals and organisations. Outcomes are decided by the balance of power that we achieve. We’re used to seeing power as a dominant, coercive force. It doesn’t have to follow this rather ingrained pattern. This is really an abuse of the power that we humans have. Power is something that we each hold for ourselves and that we often choose, however coercively, to give up. Raw power, on its own, tends to abuse. Power mixed with love is far more powerful, attractive and, in caring hands, cuts all other power to shreds.

Around a better differentiated, more boundaried Strong Core, a softer front fits like a velvet glove. Without the apparatus of war cluttering the front lawn the flowers and colours that are possible can be seen and enjoyed. In the place of hard position taking, soft listening, people skills and creativity can emerge and flourish. This enables us to be properly aware, listen better and connect more.

In negotiation, the softer front is the secret that enables us to create something that goes beyond a mere compromise. It’s a creative task based on curiosity and exploration. In an organisation the ability to travel far beyond the sum of the parts emerges. In each of us the confidence to realise our true potential results from this recognition that our strength lies at the core of who we are rather than at the front of what we might fight for.

So, before you next react to a situation in your life ask yourself what you really need at your core before you start to make positional ‘frontal’ demands. Pause for a moment and ask yourself and the other person what they really need instead. If you need to assert some power, instead of going to war, what is your equivalent of the blockade? How do you assert your core power constructively and assertively whilst at the same time keeping an open front of dialogue going? How then do you create an attractive, safe bridge towards the answer that works for both of you?

Keys to an Open Dialogue – Using Your Core Power

Don’t get too attached to a particular outcome: If you are not prepared to walk away, you are powerless and too dogmatically rigid in your thinking. Work out your options for walking away and develop them. You may not use them but to negotiate well you need them at core. Then be open about how you meet your underlying needs.

Understand the other person’s options: What are they? Do you know how tied to you – or not – they are? Would it make sense to influence how they appraise their other options? How can you make their walking away from you less attractive or likely?

Power is a felt thing: It’s not what power you have that matters, it’s what the other person thinks you have that influences them. This is why just the quiet appearance of confidence can work wonders.

Hilary Gallo’s crowd-funded book The Power of Soft will be published in January 2016. You can watch Hilary’s video, read more and get an early copy at unbound.co.uk/books/the-power-of-soft/