The Times: Amy Jenkins, the meaning of life 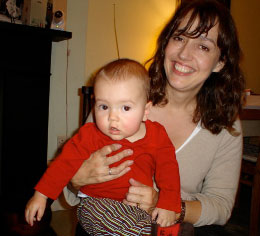 An excerpt from Amy’s full article, which originally appeared in The Times

“I found it marvellous to just let go and give myself over to the ride. It’s quite rare in adult life to have everything arranged for you, to let somebody else drive and not even know where you’re going. In that sense I found the process more of a holiday than any beach. I loved the fact that I never knew what was going to happen next, and even though some of the days are long I was never bored.

All in all, it’s an extremely dynamic, energetic, highly charged and dramatic eight days. During it, I discovered a part of myself that had a real need for ritual. And Hoffman honours that need in a very touching, deeply un-English, deeply unabashed way. There are very few rituals left in modern life and those there are, weddings, funerals and so forth, are often brushed over with a good deal of embarrassment. Well they are in my family at any rate. At Hoffman I found that I really wanted to grieve my parents, both now dead. I held a ritual – flowers, music, grave visits etc – and it was a gift to be able to have some of those experiences in such a supportive environment…”

Amy Jenkins is the creator of the TV programme This Life and the author of the bestseller Honeymoon.

‘I can’t believe it’s nearly ten years since I did the Hoffman process, but my dog is ten years old now, so there’s no denying it. Well, the dog turned out to be the start of a real change in me. Love was allowed into my life. Two years after the dog arrived, a lovely husband came along and three years after that a gorgeous, glorious, delightful son. Before Hoffman, I hadn’t held down a relationship for longer than eighteen months – and now I have a family around me that I feel actively grateful for every single day. I also distinctly remember a limestone cottage in the West Country made an appearance in my vision. Well – blow me down – if that isn’t in my life for real now too. Thank you Hoffman! ‘