The Healing Power of Anger: with Tony Hertz and Viv Chamberlin-Kidd

‘Resentment is like taking poison and waiting for the other person to die’ goes the saying and indeed toxic thoughts create toxic relationships. Denying this very natural human emotion doesn’t help – treating it as a signal that something needs to be dealt with, does. The first stage of the Process helps you take the lid off your inner pressure cooker and express pent up anger from the past. It’s only when that has happened that you’re able to reach the pain underneath and deal with it. Two Hoffman Graduates talk about how learning to react differently to their anger helped them both at work and at home.

At Peace With The Past – Looking Forward to the Future 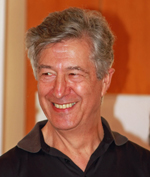 Tony Hertz’s prompt to do the Process in 2009 at 68 years old was realising that he was approaching retirement. As a radio advertising specialist, visualising life without the work he loved was making him so unhappy that he was on a low dose of anti-depressants. He’d already done a lot of therapy, so he was aware of wanting to resolve certain issues with his parents and of carrying repressed anger which might be contributing to his low spirits.

“When I went to the Hoffman Information Evening I actually wondered if I was screwed up enough to need the Process – it wasn’t as though I was at rock bottom or had had a disastrous childhood – but after talking to a couple of Hoffman graduates and their teachers I decided to enrol. The Process turned out to be one of the best weeks of my life! I have huge respect for the Hoffman Teachers and for how well the Process is constructed, designed to take you through certain experiences in the perfect order so that you reach very deep awareness. I’m a UK/US dual national and having moved countries at various times as a child and adult I’ve always felt like an outsider, an alien. But on the Process, I felt totally safe and accepted, as though I belonged – maybe for the first time in my life. It was very powerful and it enabled me to really open up and let go.

My ‘aha’ moment was an awareness of my father as a child, understanding that when I had experienced him as a bully, he was actually being defensive and covering up his insecurity. I now have a photo of my parents on my desk which wouldn’t have occurred to me before. I’m much calmer and since the Process I no longer take anti-depressants. When I get angry now I also get curious – I ask myself why am I angry and do I need to act on it? I feel the Process enabled me to release stuck childhood anger in a way which years of therapy hadn’t enabled me to do. In my role as a trainer I’m more understanding, more empathic and more patient. This year I’ve started writing a ‘how to’ book on radio advertising which will be my legacy.”
You can visit Tony at: www.hertzradio.com and on Facebook

From Self Judgement to Appreciation

Viv did the Process in 2009 because she felt her resentment and anger was affecting her relationship with her husband and children. “I’d read loads of self help books and done a lot of therapy but I still expressed my anger in long lectures whereas my husband Dave repressed his. He had a bout of cancer before I did the Process and I felt that this suppression pattern might have been a contributing factor. When I came back from the Process Dave said I seemed more content and accepting of myself, so three months later he did it himself. He returned much less stressed and more open to talking about things.

These days if we fall into a pattern such as emotional blackmail we’ll help each other notice and then laugh about it. The children have noticed that we’re much happier and calmer. We feel we provide a far healthier model for our children of how to handle anger now. I’d always judged myself as bad when I felt resentful or angry but the Process helped me see it was a normal, healthy reaction and it didn’t mean I was a bad mum. Now I no longer label these feelings as bad. I can feel angry, express it and then let it go.

As a family we now do a regular appreciation circle where we all appreciate each other. I notice that I can accept compliments more easily too – when I was judging myself I shut out appreciation. I found compassion for myself and let go of guilt. I feel we need to show our children that anger is natural and healthy because children get angry too and they need to know that those feelings are OK. They now understand that I’m their loving mum even though I’m angry. It doesn’t help to bottle it up. I’ve also found that by being open about this with friends it gives them permission to share their own feelings too and it all feels more normal and healthy.”

Viv home educates her children and is interested in living a sustainable lifestyle.

“Many people think that anger is a negative or destructive force. This is often because they either experienced anger as unsafe in their family of origin or were encouraged to suppress it. There are also strong societal messages and we British just don’t ‘do’ anger in the same way as the more expressive Latin peoples. But anger can be very positive in two ways: Firstly it acts as a signpost saying “there’s pain here”. Where there’s anger there’s always pain lying underneath and if we’re going to discover, come to terms with and ultimately heal our pain then anger shows us the way. Secondly, anger can be a powerful cathartic force to flush out old resentments and hurts and bring peace. Think of a storm – the thunder rolls and the lightning flashes but afterwards there’s a curious peace and freshness in the air.”

Simon is based in London. Visit: www.simonmatthewstherapist.co.uk.