Freedom From Conflict: with Sammy Leslie

Finding Peace and Freedom: Growing up in a culture that is out of step with our family’s beliefs or in circumstances of political or religious conflict can have a huge impact on how we learn to cope with the world around us. The Process can help us to see how such circumstances play out in our adult life and show us how to integrate our conflicting outer and inner experiences so that we feel more whole and at peace. Sammy’s experience is a wonderful illustration of just such a journey.

From Conflict to Freedom 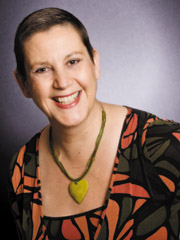 Sammy’s childhood spent growing up in the beautiful but run down Castle Leslie in Ireland was destined to be unusual. Her father, Desmond Leslie, was an eccentric Irish aristocrat, whose book The Flying Saucers Have Landed underpinned the New Age movement and his personal life was equally unconventional. In her twenties Sammy began to turn around the now prosperous Castle Leslie estate in Glaslough, Monaghan where she still lives today. However her childhood, set against the turbulent backdrop of Irish history, left her with baggage that later led to depression. In September 2009 she enrolled on the Process – it was time to unpack her past…

‘In 2009 I reached a tipping point I felt overwhelmed with work and imprisoned by my past. I’d divorced 5 years earlier and work had become my life. I was concerned that I was heading back into depression. Encouraged by friends, I signed up for the Process in Ireland. I’m so glad that I did, because it was easier to do it with others who had that culture in common.

An essential part of unravelling my past was understanding how I had embodied external and internal conflicts. I grew up in a culture where women weren’t seen as equal, especially in rural Ireland and this had a real impact on relationships. We were given the message that women were over-emotional unstable creatures and that there was no place for emotions at work. In Ireland as late as 1973 a woman working in the Civil Service who got married would have to leave work. It was simply assumed that a wife’s role was in the home and if a woman voiced an opinion it was called nagging. This external view clashed with my family culture where my unconventional father valued each person for who they were. I found that the Irish mentality liked labels such as ’Irish Catholic’ or ‘English Protestant’. There were many times as a child that I didn’t want to mention my surname because I knew I’d be put in a box – though which one that was depended on their view point.

In addition to this I grew up during the Troubles. Monaghan is a border county, so whilst being part of the province of Ulster, it’s not part of Northern Ireland. The sectarian violence started when I was only 2 years old; neighbours were shot, burned out or involved in bombings. In most conflicts you’re clear which side people are on but during the Troubles lines were blurred, even within families. It meant I grew up walking on eggshells, afraid of saying the wrong thing and either being punished for it or seeing someone else suffer as a result. I developed a pattern of adapting myself to each situation and of pleasing others to gain approval. Somewhere along the way that meant I lost a sense of who I really was. I also have dyslexia which was undiagnosed until I was 24 and that didn’t help me to feel that I fitted in. Looking back, on the plus side this meant that I became very good at reading people and I developed a strong intuition. It has also meant that being someone of integrity, who is reliable, trustworthy and honest became hugely important to me.

One of the most powerful aspects of the Process was being able to switch off from the outside world and immerse myself in the journey of self-discovery – that’s not something you can do in an hour’s therapy session. The first insight I gained was to understand that behaviour patterns are learned and therefore within my power to change. I also loved the way that the Process separates intellect and emotions and asked me to give each a voice, because I used to avoid my emotions by going into my head. I’ve also become more articulate and open. I realise now that my parents’ generation had little emotional vocabulary but Hoffman gave me a new way to describe how I felt. When they say ‘How are you?’ on the Process, ‘Fine or Grand’ is not an option! It gave me a depth of awareness that allowed me to find my true identity. It was hugely liberating and energising; I left feeling on top of the world, finally comfortable in my own skin.

I also loved the subtlety of the spiritual side of the Process – it was gorgeous. There’s a school of thought in Ireland that any spirituality outside the Catholic church is ‘the devil’s work’. Because I’d sometimes express my father’s unconventional spiritual views as a child, I would regularly be thrown out of class at school for being disruptive. The Process helped me find peace with the question of religion and spirituality and now I always tap into my inner guidance for advice and direction.

Because my relationship with myself changed, so did my relationship with those around me. Before the Process I had a pattern of wanting to fix people but now, although I still offer support, I expect them to meet me half way. I understand that sometimes people need to fall apart so they can find out what’s inside. I also used to beat myself up regularly but I don’t do that any more – in fact I give myself treats every day and can receive love and appreciation much more easily. The tendency to depression has gone. If that pattern of negative thinking starts up I notice it and sit down and talk to myself until I feel better. Now I know I’m worth it. I couldn’t have said that before the Process – it would have felt false.

In December 2010 I was diagnosed with breast cancer which I’ve now recovered from. My oncologist says that people with cancer divide into two camps. There are those who take it personally, because at some deep level they have never felt good enough. Then there are others who accept the diagnosis but don’t take it personally; they feel they can fight and overcome it. Before I did the Process I would have fallen into the first category but, because I’d done it before my diagnosis, I knew I didn’t deserve punishment, I just saw it as one of those things that happens and carried on as normally as I could, continuing to work through my treatment.

The Process has continued to play an important role in my life. My sister Antonia did the Process a year after me, in Sept 2010 which has really deepened and strengthened our relationship. I’ve done two Reconnection Days since the Process which have reminded me of the techniques and insights I’ve learned and I’m really looking forward to doing a Q2 3 day intensive later this year, as I want to go deeper than I can in one day to deal with some current life issues and some patterns which have surfaced since the Process.’

Castle Leslie has an Organic Spa and Equestrian Centre, as well as being a wonderfully original place to stay or stage events. Visit: www.castleleslie.com

Tom Laughton – Hoffman teacher – How does our culture affect us? 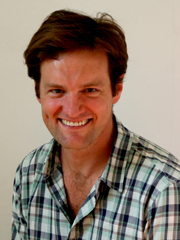 Tom is a Hoffman teacher with many years experience of teaching the Process in Ireland. As an Imago Professional Facilitator he also helps individuals, families, couples and organisations to find change through open communication.

What makes one person sit on one side of a cultural divide and someone else on another? This fascinating question gets to the core of how we become the way we are. In our formative years, we learn an astonishing amount of information. Think for a moment about your language, accent, tastes, attitudes, body language, sense of humour and how similar these are to your family and cultural group. Bit by bit, even before birth, we absorb much of this vast knowledge from our family.

A study has shown that the first cries of newborn French and German babies have different tones, their voices already defined by what they’ve heard in the womb. So we become beings moulded by our culture.

Teaching the Process in Ireland has given me a fascinating insight into some of the rich subtleties of Irish culture and the differences between that and the English. The light and dark side by side, a deep contact with shame, an incredible humour that is always near, or the story telling on the final Closure night; all of these are fundamental ways of being that I don’t see on the UK Process.

Children who experienced the Troubles in Ireland will have grown up very conscious of the culture into which they were born, in communities where divisions reinforced cultural definitions. We do need much of this knowledge so we can live as social beings, but where this brings us into conflict or stress it’s right to challenge it. The Process helps by asking the simple and powerful question: Why? Why are you the way you are? Why do you feel you have to be that way? The learning goes very deep, so the act of challenging what our parents and culture have taught us is not an easy one. But challenging our own beliefs and culture also allows us to really hear other people’s and this is key to moving out of conflict.

Tom coaches couples and individuals both in person in London and on the phone. Skype is available. For Hoffman coaching email: tom@hoffmaninstitute.co.uk