Article by Co-founder of Best of Parenting 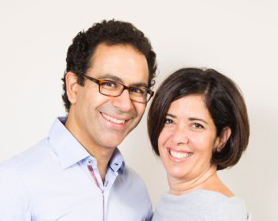 Montessori trained teacher and relationship coach Carole Saad used to run her own nursery so she assumed she’d be a ‘natural’ mother. However, when putting theory into practice with her own children she realised there was another element that she hadn’t considered…..

‘I’d underestimated the overwhelming effect that emotions, personal history and stress could have on my behaviour and attitudes as I became a parent. And I have to confess that the result was not always in accordance with my philosophy and expertise. It had been much easier for me to advise and help others than it was to apply all my knowledge and theory in my own life.’

My husband Nadim had a very different parenting style. As he says: “My parenting resulted from a strict upbringing, which I found myself replicating with my own children – particularly during stressful moments. I believed that Carole was too lenient with the kids and not consistent in setting boundaries. This led me to become even stricter in order to compensate for what I perceived to be her ‘failings’. I also felt I was being forced into the role of ‘bad cop’, which was damaging my connection with my children. I started to blame Carole for creating this situation.”

So how did we cope with these differences in parenting styles?

How the Hoffman opened our eyes

The conflict over how to raise our children was really affecting our marriage and daily disagreements were flaring up, with accusations that one was being too strict and the other too lenient; both of us convinced that our parenting style was the ‘right one’. Thankfully we both attended the Hoffman Process, Nadim in 2012 and myself in 2103 – it was an eye-opening experience. We discovered that our natural parenting reflexes were much more likely to be emotional reactions to the way we were parented ourselves; what the sociologists call ‘inherited parenting style’. So rather than having an innate ability to separate what was ‘right’ from what was ‘wrong’ for our children, we were placing our faith in a set of personal beliefs about child raising based on our experience of being parented ourselves. 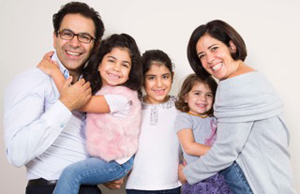 Doing the Process also made us aware how much impact parents can have on their children, both positive and negative. This motivated us even further to find ways to ‘break the cycle’ of some of these inherited parenting styles, and stop them from perpetuating negative patterns from generation to generation. What we really needed to save our marriage and become better parents was a more objective way of co-parenting that would work for both of us.

To find out what the experts said about which parenting techniques have been proven to be most effective, we consulted the world’s most successful parenting methods and the latest parenting research, including data from child psychologists, neuroscientists and specialists in education.

What we found were logical insights as to what motivated our children’s behaviour and our own that are simply based on common sense. We gained new knowledge and awareness of our parenting styles, which really helped us to be more accepting of one another and to start becoming more effective parents.

We stopped trying to alter each other’s parenting style to match our own version of the ‘perfect parent’, and instead started working together as a team to make up for each other’s weaknesses. Since our gut reactions were often proving counterproductive, we focused instead on finding alternative strategies that would give us the choice to react differently.

So life-changing were our discoveries that we decided to write Kids Don’t Come With a Manual – The Essential Guide to a Happy Family Life to share these with others. Here are five key principles that we share in more detail in our book: 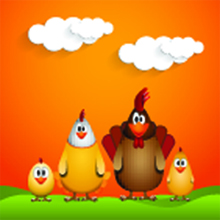 1. Give your children empathy as often as possible – and do not discount their feelings. We tend to reproduce the way our parents have acted with us, and it’s quite common to want to reassure our children (for example, “Don’t worry, it’s going to be ok”) or to want to toughen them up (“Come on, it’s not that bad, it’s not worth crying about this”). Neither is good for kids because their feelings aren’t being acknowledged, and they will continue to not trust their feelings as they grow and become adults. The first step is to acknowledge with empathy and allow the child to feel their emotions so that they can learn how to transcend them.

2. Coach your children to own and solve their problems so they become self-responsible. The key to coaching them is to show empathy for their predicament (for example. “You seem to be really bothered by this”) and then guide them to ‘own’ their problem by asking them the key phrase “What are you going to do about it?” If they aren’t used to being asked that kind of question, you can give them ideas of what solutions other children have tried who have experienced the same problem. Seeing your child take responsibility for his/her problem and then deciding how to fix it is a great parenting moment. You can start this very early on; for example if your child spills juice on the floor you can then ask them “What are you going to do about it?”

3. Allow your children to have some control over their lives – offer them limited choices and ask them questions. Our default mode as parents is to give orders/commands to our children, particularly when our children are younger. This is quite normal as it’s the way we were all parented and children need to get a lot done. However, this can easily breed resistance and a lack of cooperation because our children need to feel some kind of control over their lives (this explains the ‘ terrible twos’!). Finding alternatives to orders/commands is a godsend as children become much more cooperative. For example, instead of “We’re leaving the park now”, try instead “Would you like to leave the park now or in 5 minutes”. And instead of “You forgot to wash your hands again”, try instead “What do we do before and after a meal”?

4. Model any behaviour you want to instil in your children – starting with respect and joy. Leading by example is one of the most important things we can do as parents. What parent, at one point or another hasn’t exclaimed to their pre-teen daughter, “Don’t talk to me in that tone of voice young lady.” using the exact same tone of voice that we’re asking them not to use! Remember, children spend the better part of 18 years in training to be like us… or in opposition to us, so we must always endeavour to lead by example.

5. When you say or do something you regret, you can use ‘Rewind and Replay’ and ‘Repair’ to help keep a strong connection with your children. When we’ve reacted in a way that we aren’t proud of, we can ‘rewind’ to the moment things went ‘off course’ (doing this in a humorous way makes this technique doubly effective) by reversing the steps and ‘replaying’ the situation the way we would like it to be. It’s very effective and shows that even when we make mistakes (as we all invariably do) they can always be repaired. To repair we simply apologise – modelling ‘saying sorry’ in this way shows our children that we also know how to make amends and ask for forgiveness when we’re in the wrong, so they understand that ‘saying sorry’ when we’ve made a mistake applies to us as well as them.

For more parenting tips visit www.bestofparenting.com where you’ll also find Nadim and Carole’s book Kids Don’t Come With a Manual – The Essential Guide to a Happy Family Life and lots of other useful resources.