Nirpal Dhaliwal is a British journalist and novelist, based in London and New Delhi, who has written for publications including The Times, The Guardian, Daily Mail and the Evening Standard. He did the Hoffman Process in 2016. 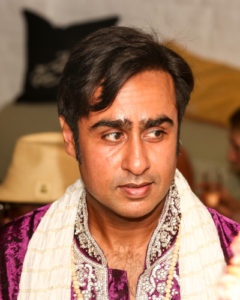 “For four straight years, from the age of 38, I suffered a continuous enveloping depression that ruined my career and relationships and had me regularly thinking of killing myself.

Two years ago, I began weekly counselling sessions with a therapist who helped untangle my emotions enough that I finally stopped Googling suicide methods. She did this by helping me to confront the source of my pain – my toxic childhood – and recognise the psychological damage I carried, a pain I had kept buried for my entire life prior to that.

Last January, determined to put the anguish of my past behind me, I spent a week at an English country house, undergoing the Hoffman Process with twenty-eight other people. An intensive therapeutic retreat that specifically addresses the trauma inflicted by a dysfunctional upbringing, the Process was developed by the late American, Bob Hoffman, and takes place at centres across Europe, North and South America, as well as Australia, helping people from all walks of life – from bus drivers to Hollywood idols – heal the trauma inflicted on them as children.

Two months after doing it, I felt a calmness, self-acceptance and compassion, both for myself and others, that I had not experienced before. Through doing the Process, I looked closely and clearly at the circumstances in which I was raised, and found the ability to finally understand and forgive my parents unconditionally for the mess they made of my childhood – and also to forgive myself for the mess I made of my adulthood as a result.

I’m the product of an embittered arranged marriage. In 1973, aged 23, my dad, who had moved to the UK from Punjab with his family in the 1950s, came home on leave from Belize, where he served with the British Army. He told his family he was marrying his pregnant girlfriend there. Within two weeks, he’d been forced to marry my mother instead. Speaking no English and aged 20, raised in a simple Punjabi village, she found herself stranded with a violent, hard-drinking adulterer who made his hatred towards her apparent from the beginning.

I was conceived almost immediately. Soon after, my paternal grandfather died. My dad found himself married to a pregnant stranger, having abandoned the woman he loved and the child she carried, and now mourning the loss of his own father who had only months before, forced him into all of this. Into this stew of grief, rage and confusion I was born.

I was sent to live with relatives. Mum had to work and my dad – who was drinking as soon as he woke up – was uninterested in me. By the time I returned, my mother was busy raising my sister, and in a state of frantic despair at being married to an abusive alcoholic as she struggled on her own with two babies.

As a child, I experienced a father who was by turns drunk, work-obsessed and a terrifying bully, and a depressed and resentful mother, prone to fits of stamping and ranting around the house, tearing her clothes and threatening suicide if I dared to be upset by her. To them, locked in their manic psychodramas, I was invisible. My own hurt, when expressed, was ignored, slapped or screamed down. I grew up holding my feelings within and remember my childhood mostly as a slow, festering sulk.

The pain of this, I never admitted to anyone – not even myself. But the anguish goaded me throughout my life like an invisible slave-driver: to become a stellar student, to achieve fame and success as a writer, to be a chronically unfaithful husband, and to binge insanely in turns on exercise, drugs, sex, alcohol and tobacco, and to be too restless and mistrustful to maintain healthy relationships of any kind with anyone. After a life lived like that, it was no surprise when, two years ago, I found myself broke and single, depressed and heavily overweight, surfing the internet for the most convenient way to terminate myself.

The Hoffman Process took me back to the darkest periods of my childhood. Through a regime of group discussions, reflection and frank self-examination, and brilliantly choreographed rituals, the Process helped me to revisit and release the overwhelming sense of fear, rage, abandonment and rejection that I’ve held onto since a child – feelings that were never properly acknowledged and thus lingered in my unconscious, sabotaging my life. 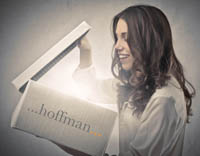 Through the week, I felt and saw myself and my fellow twenty-eight participants undergo radical transformations. Like blossoming flowers, we unfurled from the constricted, suspicious and anxious individuals we were on the first day into open, warm, accepting and receptive individuals. From being people who could barely look one another in the eye when we began – so full of our own personal shame and angst were we – we ended the week hugging and declaring our love for each other, bidding each other weepy farewells with promises of staying in touch.

We managed this because we had shared and witnessed each other’s pain. All of the anguish that we habitually keep bottled up and hidden for fear of being judged should it be expressed, we had openly discussed. All the painful things that had been done to us, and the painful things we had done – and the guilt, self-loathing, anger, sadness and anxiety that came with them – was laid out in the open. For the first time in our lives, we had been emotionally naked in front of others, and we had found acceptance for ourselves, warts and all, and extended the same acceptance to others. The sense of belonging that we did not experience in childhood (and therefore could not recreate in our adult lives) we finally achieved in one another’s company – opening us up to finding it with others in the outside world.

It was hard work. We had to look ourselves and our lives, with all the mistakes and regrets, and see the patterns we had been locked into that made us live in a state of robotic dysfunction, making us unbearably miserable. And the blocked emotions that kept us trapped in this state had to be physically fought with. I will never forget pouring with sweat as I thrashed a cushion with a plastic bat, finally expressing all the rage I kept withheld in my body.

As I recognised how trapped I had been in the patterns of my upbringing, I came to realise that my parents had been equally trapped and that, despite all the damage they inflicted, they had loved me and done their best.

Raised by a brutal alcoholic father himself, my dad was broken when he arrived in Britain aged nine. Throughout his childhood in London, he experienced racist abuse and beatings. Battered at home and at school, he joined the army aged 17, hoping to toughen up. There he suffered horrific bullying and a relentless drone of racist insults, as well as the trauma of serving in Northern Ireland during the height of the Troubles there, where he faced the constant risk of being killed by IRA terrorists. By the time he married by my mother, he was an alcoholic wreck while barely out of boyhood. Meditating on my father’s pain – so much greater and deeply buried than mine has ever been – I broke into heaving sobs. I have never cried like that before.

Since returning from the retreat, life is much easier. I have a new circle of friends who I can be emotionally honest with, and a new, more open, attitude to the people I had in my life before. I have yet to meet my parents again, but the negative emotions that made me detest and blame them for the state of my life have receded immensely. I will see them soon, and tell them I love them.

I have a new life, and I want them to share it.”