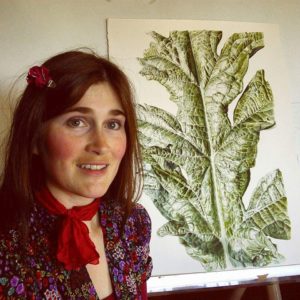 Not long after graduating from University, and having tried both therapy and antidepressants, Jess Shepherd was still finding life difficult. Finally, a colleague suggested the Hoffman Process, which helped her to deal with her emotions and sent her in a far more fulfilling direction with her work. Here she talks frankly to Hoffman UK about how she came out of her shell and found the confidence to express her artistic gifts as a botanical painter:

Who or what inspired you to do the Process?

I’d never heard of the Hoffman Process until a colleague of mine mentioned it to me towards the end of 2008. I had been suffering with chronic depression for years which I was able to manage pretty well behind closed doors by immersing myself in my work. Although challenging, it wasn’t until I had my first full time job as a curator in a museum when things started to become incredibly difficult, as I was working in a position where I needed to interact with my co-workers and so I couldn’t conceal it so easily. One of my colleagues caught me hiding under a desk in tears and ushered me out with a cup of tea and a ginger nut biscuit (always works with me). It was then when she told me about the Process. She had done the course a few years previously and she thought that it would benefit me. 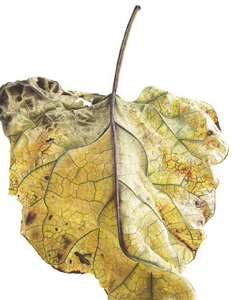 Was there a moment on the Process that felt like a turning point to you?

I felt that the course at Florence House had been incredibly well planned. It guided everyone through what could have been a very difficult time, sensitively and skilfully. We were supported as a group and as individuals. There was one moment on the first day where I made a slip up through what I now feel was selected hearing. I hadn’t cottoned on to the fact that the teachers had asked us to perform an activity whilst sitting with other members of the group. Although the task was to be undertaken individually, my subconscious had decided that it would be best for me to go to my bedroom to do the work unaccompanied. Within minutes my teacher found me, struggling to do what was asked of me. When he asked why I’d decided to sit alone, the penny dropped and everything became clear. It was one of my habits and not a very helpful one! Whilst on the Process I could see how by shutting myself off in this way had impacted on my entire life. My teacher and I had an insightful chat about what had happened and I was able to complete the activity very quickly soon after whilst sat with the rest of my group. At no point did I feel like I wasn’t being looked after and I didn’t experience any other problems as the week unfolded. 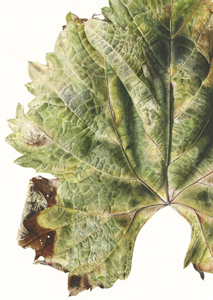 Have there been any positive changes in your life since doing the Process?

Since the Process I no longer suffer with depression. If I feel a spell of the blues coming into my life, I have the tools to stop it instantly. I’ve been using these methods so regularly that they just seem like normal practice now, like brushing my teeth. I hardly notice that I’m doing anything. Sometimes I feel like wallowing, and that’s fine. I allow myself to wallow as we can’t be ecstatic all of the time. However, if I wallow I know I am safe because I can get out of it.

The Process has made me aware that I have a lot to give and has helped me to focus on my dreams. It was during my week at Florence House when I realised just how much I wanted to be a full-time painter. It had been a childhood dream, but I never thought I could make a living from it. In one of the group activities, I realised that it would be possible. Six months after the Process, which is the time they advise before making any big changes to your life, I made a commitment to my painting and moved house. It was the best thing I’ve ever done.

Since the Process I feel I’ve become a nicer person to be around, someone who’s more engaged with the world and the lives of others. The Process made me more aware of other people’s life stories, their struggles and insecurities. With this I feel that I’m able to be much more tolerant and understanding. For my latest collection of artwork, I found myself managing many different characters, many of whom were older than me. This was a challenge, but one I enjoyed. Pre-Process, I feel that I wouldn’t have been able to do this successfully. 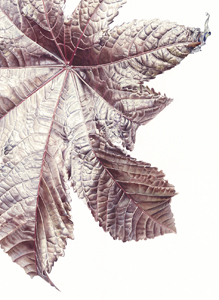 How would you describe the Process to somebody who was thinking of doing it?

The Process is a special, supportive space in time and place which allows us to reconnect with our essence. It reminds us how unique and magical we are. It’s a time of great empathy and understanding. It isn’t religious, nor is it clinical, and its effects are life-altering and long lasting. Before you leave the Process you’re taught ways to help you to live and grow once the retreat is over so that its effect continues to resonate within you, helping you to cope with life’s knocks and bumps.

What area of your life has the course had the biggest effect on (e.g. relationships, family, career)

The biggest effect the Process had on my life to begin with was that it improved my relationship between myself and my parents. The Process removed a lot of pent-up anger which I was unknowingly holding onto. As the months and years have passed I‘ve noticed a significant change in the way I am with people. I don’t hold grudges in the way I used to and am able to socialise and talk with both friends and strangers with ease. This is something that I’d found very difficult previously and something which has no doubt benefitted my career. Of course the biggest effect was that it gave me the confidence I needed to alter my career path. This was certainly the biggest change and one that I decided to make after the sixth month Post Process ‘pause’. Looking back Pre-Process, I would never have believed it possible for me to hold a solo exhibition of my work in the centre of London and to have published a book, or to have presented on television. For this, I will always be grateful to Hoffman. 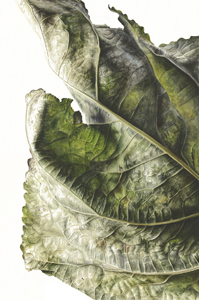 Do you still use any Post-Process tools or attend any Hoffman Graduate events? Tell us more…

When you’re on the Process, the teachers provide you with a tool pack. Every day you’re introduced to one or two tools that are designed to help you cope in difficult situations. As the days progress, the number of tools you’ve learned make up what is essentially a virtual tool box. I found this incredibly useful and I still use a lot of the ‘tools’ that we were given. To begin with I used nearly all of them, but as the years have passed I’ve come to realise what works best for me and I keep to these select few. The imaginary elevator has to be the handiest invention of all time! That and concentrating on fiddling with a ring or necklace when in a stressful, potentially combustible situation with another person or a group.
I also attended all of the Post-Process meet ups with my specific group. I am still friends with a lot of them and some are coming to the opening night of my solo exhibition this month. This has been one of the unexpected benefits of the Hoffman Process. I did not expect to make friends that I still talk with eight years on.

How would you finish this sentence: “The Hoffman Process allowed me to…” 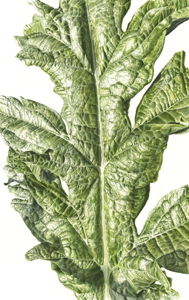 I feel incredibly lucky to have been told about the Process and to have had the courage to sign up for it. It saved me. It also gave me the love I needed and showed me how to pass this simple act on to other people. At the time I signed up to Hoffman, I didn’t have very much money. I had only just graduated from university and was on a starting salary. However, I realised pretty quickly that if I hadn’t done anything about my depression and suicidal thoughts that something pretty awful was going to happen down the line and not only was this not fair on me, it wasn’t fair on anyone else. I couldn’t live with this amount of pain. After seeing several psychologists and undertaking a lot of counselling and CBT and after taking many different types of antidepressants (none of which were really working), this seemed like a good investment. I can say that it was worth every penny. I put my soul into the Process and was repaid tenfold

Jess is featured in the 2018 issue of Hoffman magazine. To order a FREE copy for yourself, friends or family, click here.