My journey back to Earth: with Tiana Jacout of Woman Fest

Tiana Jacout spent much of her early life running away from pain, and not via a scenic route. Eventually she found spiritual peace at an ashram in India –  then realised that she was still weighed down with emotional baggage that she hadn’t unpacked. 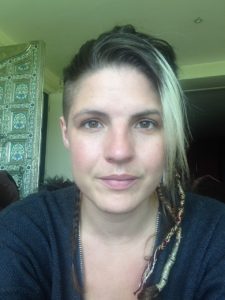 ‘There are two things I’ve discovered in life. The first is: no matter where I think I’m going, I usually end up somewhere completely different. The second is: how I handle that is my choice.

It’s all a choice.

I didn’t come to this conclusion about choice on my own. In fact, before I had the help and love of so many people on my path, I felt I had none. No choice in how I acted, reacted, the life laid out for me, or the endless cycles that I knew deep down were terrible for me.

To put it bluntly, I was a miserable child, and a worse teenager. The one your mother would shake her head at the mention of and tell you not to hang around with, muttering things like ‘bad influence’ and ‘will be found lying dead in a ditch somewhere’. The one that made being achingly depressed seem easy, tragic and – worst of all – cool.

The labels I‘d placed on myself from a young age and the narrative that I followed made all of my cries for help appear to be precocious and defiant acts. I remained unseen and unheard in the very loud world I‘d made for myself. I disowned my femininity, as I saw it as nothing but a disservice to me in this world. Worst of all, none of it was my fault, not my doing, not my choice.

I was adrift in a sea of adult hypocrisy and cycles of abuse, and all the drugs, sex and suicide attempts couldn’t numb me enough to avoid the monsters that chased me. Well, that’s what it felt like, and the reality of a teenager is visceral and uncompromised by nuance, as we all know. 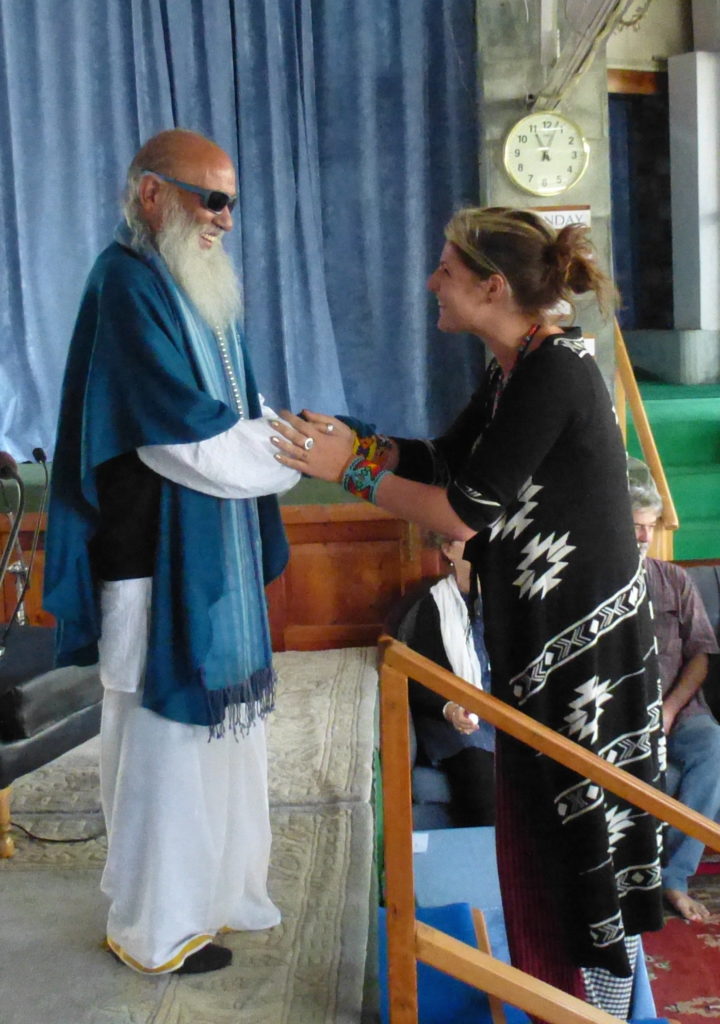 So I ran. The moment I could. Away from all that I saw as being the problem. Country to country, job to job, getting faster and more terrified of what seemed to always be one step away. I couldn’t pause for a second, for fear of it catching up. I burned a lot of bridges and was incredibly lonely for most of it. And, yes, the inevitable cliché of ‘getting worse the less I faced my problems’ held true.

And then, to my utter astonishment, I ran into something good for me.

Not just good. Miraculous. Somewhere in me led me to an ashram in India, face to face with a great teacher, and something in me made me stay. Back then, I explained it away as intellectual curiosity – my teacher had to be a fraud, like all the other adults I had known, and it was my job to oust him. But in hindsight? It was everything.

I had found something real for the first time in my life, I had found peace. I stayed there, in that tiny ashram in the Himalayas for two years. Two whole years of unwavering and unimaginable bliss.

I stopped talking to my father – the perceived root of all my troubles! The day I cut it off with him, I remember running to see my friends, whooping and hollering that I was finally FREE..! They looked up quizzically at me; ‘Have you not always been free?’ In my state of awareness, I laughed and laughed; ‘Of course!’ – all the while ignoring the small niggling worm in my heart that was crying for attention.

Those two years were extraordinary. I felt my madness melting away from me, I discovered things that I never thought possible and I was in a constant haze of devotion to truth and meaning. The term ‘floating on a cloud’ is much less of a metaphor when you’re meditating in the Himalayas. Finding my spirituality was like a great love affair, and I was most definitely in the honeymoon period.

And the thing about bliss? It’s an easier escape than booze. 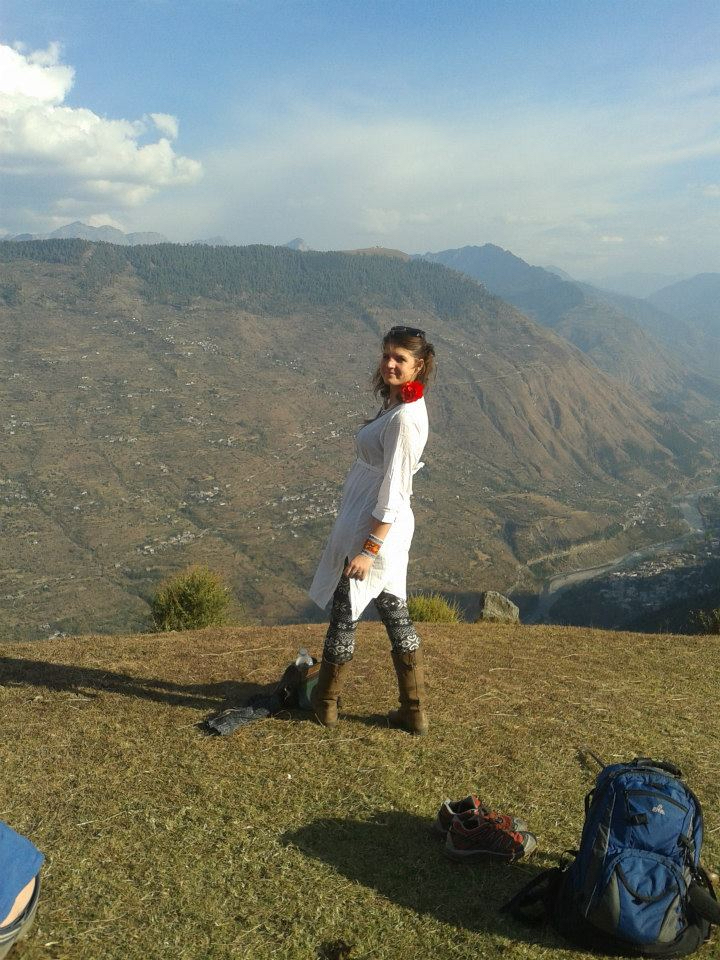 The cracks began to show slowly. Mostly because I was very rarely in my body, but also because my spiritual community fostered a culture that our flaws, our issues – the things that made me a sticky, messy reality of a human – were somehow taboo. In all honesty, I ignored them for so long because I couldn’t fathom out why they hadn’t left. I was doing everything right! I was vegetarian, meditating every day, practicing yoga, filling my mind with untold wisdom and feeding my spirit, how – HOW? – could there be parts of me that were still unhappy?

I felt so strong spiritually, and yet I continued to hold anger, to feel triggered. If I skipped a day of meditation, I felt uncomfortable in my own skin. I felt like I’d failed, as if there was something I wasn’t doing right, and I just needed to find it. I also began to recognise the different parts of myself – and that self-reflection was a huge teacher.

There I was, feeding my mind, my body and my spirit, but my emotional self? The part that grows and learns through experience had been paused. I still had the same inexplicable rage, self-doubt and self-sabotage in me. I still had my shadows; they had just been quelled by the torrent of positivity around me. The gap between my emotional self-awareness and my spiritual understanding had grown too wide to ignore, and I knew it needed to be addressed.

So back to England I went, bound for the Hoffman Process.

The power of self-discovery

And there, something extraordinary happens. I find choice. I learn that my actions are my own, and I don’t need to be a slave to them. I find autonomy. I find compassion for the people that raised me and for the mistakes they made as flawed individuals who were just doing their best. I find forgiveness. Result? I’ve reconnected with my father and now we’re building a relationship together, with love.

I’ve discovered that the world is not as it is, but as I am.

Best of all I find my body – my sticky, messy, flawed, beautiful body – with its cornucopia of feelings and passions and nuances. What had first been numbed by narcotics then disowned with philosophy came back to me. I rediscovered my connection to my womanness too, and the surprising, extraordinary and delightful gifts that had to give me, in connection to the feminine, to the Earth.

There’s a reason that electricity always has an earth wire, and we humans are electric and live. Not being earthed is dangerous. It’s the cord that binds us to an ancient pulse. The ‘oneness’ I was searching for in India I eventually found through my feet, that simple and experiential connection to the greater whole of things. The simple act of embodied presence and breath, again something learned in India, I’d lost in the mind and scripture of it all, the heady academia of knowledge. This was an unspoken knowledge, remembered, through the very act of existence.

Something greater than myself 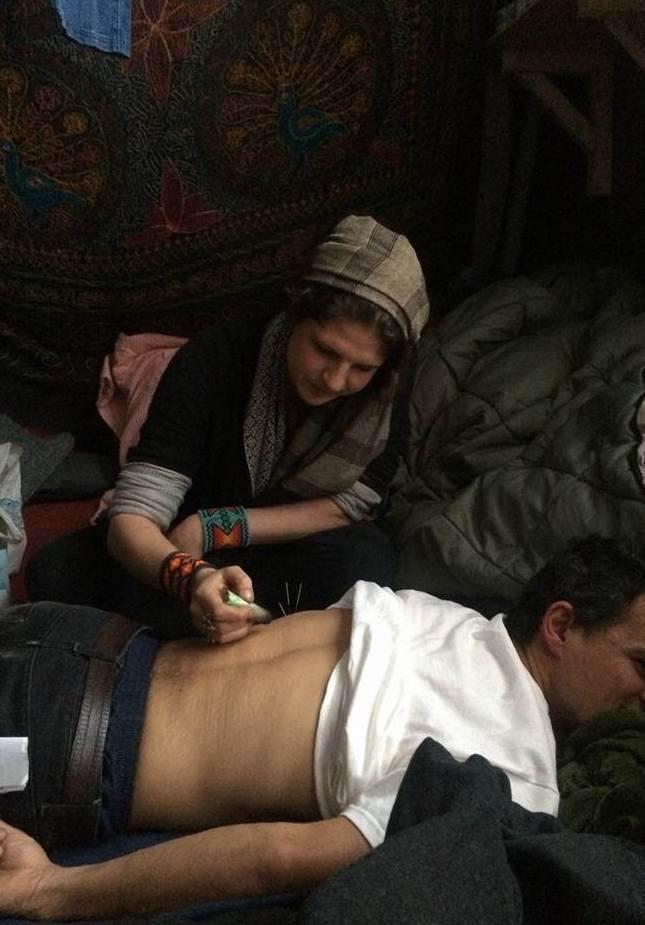 Realisation changes a person fundamentally. There’s no going back. I now felt a connection to everyone and everything. I could no longer stand by apathetically and watch the consequences of the culture we’ve created, the everyday traumas we enact on each other, and on nature.

I trained as a five-element acupuncturist and an Emotional Freedom Technique practitioner. I studied Trauma; how to engage with it, and how to let it go. I joined the conscious movement camp at Burning Man. I worked with injured veterans and started a free clinic in the ‘Calais Jungle’ refugee camp. I stood with the Lakota at Standing Rock. I was, and now always will be, of service to something greater than myself.

Hoffman, being the first group work I ever did, was my first experience of just how powerful it is when we gather together to heal. The journey is personal, but the collective is synergetic. I saw it in the ashram, the Jungle, North Dakota, at every march, at Burning Man and in women’s circles. When we show up for ourselves and each other, the potential for healing, for deep transformation, is infinite. I’m a testament to that, and I’ve now dedicated my life to creating space for others to be able to do that too.

I’ve lived all over the world and experienced many different cultures, but one thread remains constant (and is a deeply personal one, given that I have three sisters). A glaring consistency seems to be at the root of so many of our troubles; the disempowerment, oppression and even subjugation of the feminine. Climate change, violence, war, the opioid crisis, mass incarceration, industrialised animal farming – all can all be traced back to this in one way or another.

But one thing Hoffman taught me (albeit from an internal perspective): If you don’t like a culture, change it.

All this has culminated in the birthing of Woman Fest: an intention, a prayer. It’s a reimagining of an ancient women’s gathering where we come together, we step up for ourselves and each other, we learn, we share, we dance. We reconnect to and celebrate the Earth. We reimagine the world a little brighter and we heal. We burst out of our conditioning into our power; free, wild and mysterious – and a greater force for good than we could ever imagine.

For more about Woman Fest visit: https://www.womanfest.co.uk
Tiana Jacout is a member of the extraordinary Jacout family; a mother and four daughters who have each individually done the Hoffman Process. Mother Rikki, Tiana, and two of her three sisters (Lalie and Noemie) were interviewed for Hoffman Magazine in 2015 about their experiences – you can read that interview here. Chloe Jacout did the Process later, and shares her Process Story here.