The Lord of the Fries: with Michael Djuric 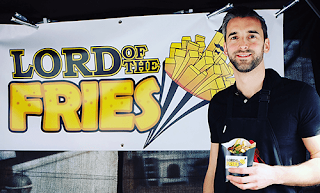 piring to hear of the many creative ways that the Process inspires people to follow their dreams, whether by writing that novel they’d always planned, chasing the promotion they’d always wanted or changing career path entirely.

Michael Djuric’s new venture is definitely a Hoffman first – from grooming parlour to street food vendor is a leap we haven’t seen before – and perhaps neither has anyone else!

In Michael’s own words;

‘When I found Hoffman in June 2014 I was in a dark place. I had recently separated from my partner and was desperate to move on with my life. However, I had blindly followed his dream and had set up a pet shop and dog grooming salon with him. I knew when we separated that this was the wrong path, and that to be true to myself I had to get out of this work situation and start doing something for me. Unfortunately, selling a business doesn’t happen overnight – and therefore I was stuck for a while in a situation looking for a buyer for my business. Finally, when I did sell the shop last May, I realised that I was used to being my own boss, but that this time I needed to follow my dreams.

Cooking has always been something I love, but in working long days I had kind of forgotten this and had been cooking for convenience, not fun. However, having some time off over the summer, I really rediscovered my love for cooking. Already knowing that I didn’t want a 9-5 desk job, I thought ‘Let’s go for it!’ I enrolled in a cookery school, taking a professional qualification at Ashburton Cookery School. 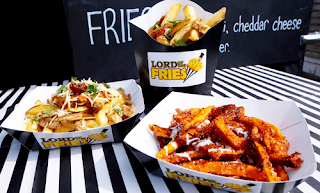 I’d been following the London Streetfood scene for the last few years and it just seemed right. A way to get my food out there in a fun and vibrant way. So now I had my idea – I just had to decide what food to do. Lots of strange and weird ideas were thought up. Then suddenly I thought; ‘Why not Chips? Everyone loves chips.’ Simple, tasty with mouthwatering toppings and flavours.
I also want to do private events such as weddings and parties – my Fries will work really well as that late-night evening snack at the end of a wedding, for example.

Taking the idea from concept to a marketable product took longer than my impatient Dark Side would have liked, but by April I was ready to do my soft launch. I invited everyone I knew round and set up my stall in the garden. We had over 70 people trying the Fries, and from this I was able to create marketing material to launch to the various markets in London. That was two weeks ago, and the response has been pretty much immediate. I have just had my first trading day at Greenwich Market (which is one of the busiest in London) and the response was fantastic. They gave me more dates straight away and I now have other markets booked in Soho and Camden, as well as a 40th birthday party in August. The month of May is already looking very busy.

This is such an adventure and at each new stage I embrace I have to stop myself from panicking and thinking what the hell am I doing?! But one thing is for sure – without my Hoffman experience, I would never have had the courage to just go for it. The card I wrote to myself on graduation read ‘stop being scared and just have some bloody fun’ and I think back to that now and truly believe that I wouldn’t be on this new exciting adventure now. Lots of hard work yes.. but an opportunity to follow a dream or an passion I had. I guess maybe finally finding the real me. 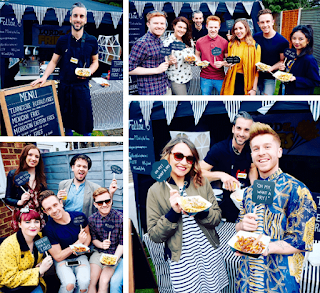 Let’s hope that as this builds, I can really make it a viable business. Who knows, maybe Lord of the Fries will be the next big restaurant on the high street in a few years? Either way, I am on an exciting journey following a dream of my very own. I really have to credit Hoffman for allowing me to unlock my  true self and just live life to the full.”