The Long And Winding Road To Peace: with Lindy McManus 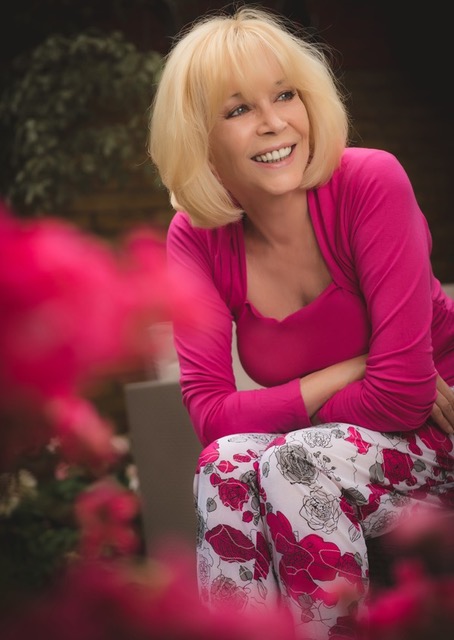 In 2013 I was trying to come to terms with the end of my 23 year marriage. The 3-year divorce battle had been super stressful, complicated and deeply wounding. I felt drained, raw, as if I’d lost a limb. Grief is very debilitating and most of the time it felt as though half of me was missing.

Hearing a song in a shop could trigger a memory of my ex, and I’d have to leave to avoid listening to the lyrics. Not good. These episodes were heart bee stings. We’d overcome monumental hurdles together, and shared a long history, which I’d truly believed would be for life. He was on a yacht – and I was on my knees…

My work as a property home finder was a welcome distraction and I kept my spirits up with friends and took as many breaks as I could. I clocked up so many visits to health spas in various countries, my friends couldn’t keep track and wanted me microchipped. I indulged in soothing massages with background music of waterfalls, and therapists used aromatherapy oil of butterfly poo, picked by organically trained leprechaun monks, with essence of unicorn tears. But now and again, my psychological chain would be yanked and I’d take an unexpected dip.

It was at this point the Process began to show up. Firstly a psychiatrist friend asked if she could park her car in my garage for a week, while she attended a course – which turned out to be the Process.

Soon after, my friend and Body Movement expert, Ivana Daniell, casually mentioned she’d done the Process in Singapore 14 years earlier. She beamed broadly, explaining how it had changed her life. Her son agreed, because he then did it in Australia 6 years later. I finally called my psychiatrist friend to ask if it would suit me. This lady is a fully qualified professional doctor whom I trust, and she said just one sentence: “I think everyone should do the Process before they die.”

Several days later, over dinner with another friend, Julia, I relayed all I’d heard. Julia had done NLP courses with Robbie Steinhouse, so she called him for his opinion. It turned out that he’d also done the Process and rated it ‘excellent’ – so she signed up herself!

I couldn’t ignore it any more. The website showed there was an introduction evening that week near me in London’s Regent’s Park. Ivana instantly said we should both go. As I sat there listening to other people’s experiences they really resonated. Little chest jabs related to how I was inwardly feeling… I was fed up with still feeling sick and empty – and just maybe it was something to consider. Perhaps next year… after Julia had been. I could hear her feedback and then see if I could afford it.

The Universe had other ideas.

A few weeks later Julia called with the news her father had died so she couldn’t go to the Process after all. Her place was paid for – so did I want to go instead? There was nothing for me to pay. I was stunned! It was time to take the road to Seaford, on the Sussex coast.

When Julia drove me there, I was still wary. Nervous but willing. As I walked in I noticed the serene atmosphere and cheerful staff in contrast to the 23 other anxious strangers in my group, all of us wondering what to expect.

The days were engaging and very full. We delved into childhood conditioning and old programming inherited from our parents which can cause destructive patterns. Whatever environment you grow up in, you think it’s normal. Elements of surprise constantly challenged our beliefs, opening a kind of inner compass that the course begins to re-set. In this place of trust without judgement I felt safe to let my guard down. It was an emotional stretch which woke me up and allowed me to express my true emotions. I actually thought I’d already uncovered and integrated all the feelings that I needed to, but this was a far deeper layer that needed attention. Hoffman is like the scissors that cut the ties that bind us to ingrained beliefs and opinions that neither belong to us nor serve us well.

Our teachers were first class, with amazing intelligence, kindness, patience and incredible understanding. I lost track of time and just went along with it without any resistance. The bonding in my group was astonishingly real as we all gradually felt the growing sense of freedom and self discovery. As we each let go of frustration and anger, that space filled with a sense of comfort and tranquility.

It wasn’t all high tension either. We shared times of sheer joy and raucous laughter to the point my sides ached. The whole experience was very cleverly crafted and delivered with an overwhelming amount of love, passion, skill and empathy. They constructed a deep magical healing experience that I didn’t think was possible. I actually had my birthday on the course and it really was the best birthday ever. No kidding. I had undergone a definite shift and was happy for the first time in yonks.

No wonder Hoffman’s available in 14 countries and has been running for 50 years. Does it work? Oooh yes. I’ve remained in contact with at least half of my group, and we meet up annually. I regularly see at least six of them who are London based. I know they’ll be friends for life.

I’m going back to the Hoffman this year for a three day refresher with a friend from America who was in my group. Leprechauns not required.