Lockdown-proof your marriage – Hoffman featured in The Telegraph

Below is an extract from the article: Lockdown-proof your marriage: the relationship advice we all need now first published in the Sunday Telegraph on 10 January 2021. To read the full article on The Telegraph website, click here (you may need to register), or you can download a PFD here.

We’d like to thank journalist Anna Maxted for including Hoffman in her feature, as well as Hoffman graduates Grania and Niall Haigh and Supervising Hoffman facilitator Matthew Pruen for agreeing to be interviewed. You can find dates for upcoming Hoffman relationship workshops with Matthew here 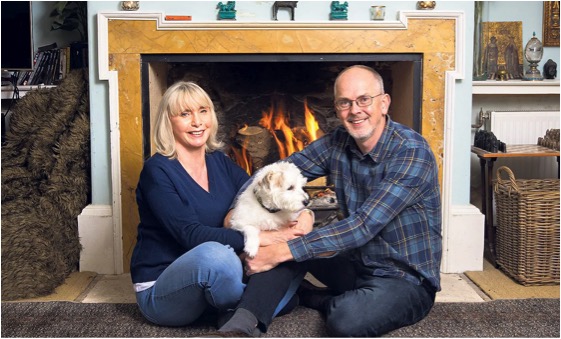 Grania and Niall have been married for 15 years. Niall admits: “Before I met Grania, I wasn’t psychologically aware. So – normal, by modern standards.” But Grania – who’s training to be a relationship therapist – had been in therapy and, Niall adds, “was more sorted than many women I had met.”

Yet the ways they communicated weren’t always helpful. Grania says: “It was very British.” Niall recalls: “It was a bit like the communication between an NCO and a Commanding Officer at times, and we would swap roles. Grania would say: ‘When you are like this, Niall, you’re like my father, overbearing.’ ” She felt like a child in his presence. “In those days, she would say the problem was with me.” In fact, they realised, it was both of them.

As their relationship moved on from the honeymoon stage, it tested their insecurities. Grania says: “It feels like it’s going wrong. It isn’t – it’s the natural progression of the relationship. But for those of us who are not emotionally secure from our own childhoods, that’s a big challenge.” She adds: “We never had screaming rows. That wasn’t our style. It was more brooding silences.” Early in their relationship, they’d repress any resentment because, says Grania: “It feels very threatening to actually say what you really think and feel – it feels like you’re throwing a nuclear bomb into the mix.”

Then, three and a half years ago, Niall found himself in the Priory after suffering a midlife crisis. “I was in a state of great anxiety,” he recalls. “I was having quite dramatic panic attacks. I would be shaking, unable to think calmly or rationally. In the build-up to my crisis, Grania was of the opinion that I needed to do some work – and my crisis prompted my starting to do the work at The Priory. But Gran went to the Hoffman Institute first, and when I saw what the Hoffman Process had done for her, I wanted that for myself.”

So three years ago, they both did the Hoffman Process – a seven-day course that teaches clients how to change and resolve persistent negative behaviour patterns and approach their relationships with more compassion. Grania says, “The Hoffman Process is very thorough and you get to who you really are. We learnt just how much our outlooks were shaped by our family-of-origin issues. Emotional responses that we thought were objective and reasonable – weren’t.”

Niall adds: “The wonderful thing about it is, you go down into the dark and ugly places, find stuff, shed light on it and come out feeling somewhat lighter and a little bit euphoric. Another lovely thing the Hoffman Process tends to do is make people feel that change is possible. Whereas when you go in, you feel no change is possible.”

But, says Grania: “It isn’t the process itself that changes the relationship, it’s what you do next.” Niall says: “Developing compassion for the other – it’s almost like cracking the egg to make the omelette – the Hoffman Process forces you to have compassion for parts of yourself, and understanding of parts of yourself that you really haven’t dared to venture into as an adult for so long. But you start to see that and be aware of it in others and see others more completely because you’ve been encouraged to see it in yourself.”

That said, he adds: “One can have an intellectual understanding of a lot of this stuff, but actually making it function as a part of your daily practice is more challenging. It’s damned hard work, trying to keep yourself regulated and appropriate and healthy as much as one reasonably can.’

Grania agrees: “It’s catching yourself in that moment of the emotional response, not going with it. It’s not about the traditional British suppressing of those reactions and it’s not about the other extreme of reacting and acting out – it’s about being with the reaction and sitting with those feelings. I remember asking one therapist, what’s the point of sitting with those feelings? He said, ‘Then you have the feelings and they don’t have you. You’re not reacting blindly’.”

She says: “It’s about being aware of what’s happening and not going off – it’s like when one firework ignites another firework and the whole lot goes up. It’s being conscious: ‘Oh, a firework has gone off. I don’t have to set off all the others.’”

How to get out of your communication rut 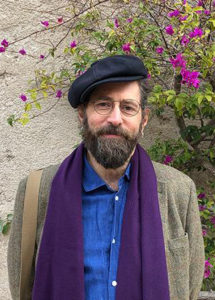 Follow the advice of Matthew Pruen, who teaches workshops at the Hoffman Institute, to help break a communication impasse

Ask yourself, do I avoid problems or flag them?

The one who speaks up is “direct, honest, passionate, clear”. But “they can sometimes be a little insensitive, blunt, and at worst controlling and bullying”. He adds: “The good news is, they’re bringing it up, the bad news is, how they’re doing it.” Their partner is likely to be “sensitive, patient, flexible, considerate.”

However, “they will bottle up their feelings and thoughts.” If you’re stuck in that dynamic, it transforms the relationship if the dominant person listens first, and the person who tends to think not speak, speaks first. Pruen says that this shifts a lot of the awful inevitability of “here we are in our usual mess”.

Think about what you could say sorry for

We have reasons for behaving as we instinctively do, says Pruen, and switching habits will run contrary to our comfort zones. “Most people will probably experience quite a high level of anxiety,” he says.

To reduce anxiety, before you speak to your partner (or while you’re biting your tongue) ask yourself, “How am I being? I’m employing my usual coping strategies – I’m bottling up my feelings and ultimately resenting you and exploding, or I’m relentlessly criticising, and I know that’s distressing to you. So – sorry.”

Think about what you could thank your partner meaningfully for

Even mid-ding-dong, says Pruen, acknowledge that you’re focusing on what you find vexing about your partner, and remember what you love about them. “Oh yes, you sorted out the whole of Christmas this year. So thank you for that.”

Pruen points out that: “Great Aunt Lucy was right – minding our Ps and Qs really is helpful.” But, he adds: “It has to be sincere. You can’t do it strategically, or superficially – really find it in your heart.”

Take the risk of sharing how you feel

Authentic apologies and thanks can create what Pruen calls “a wave of possibility” which couples can then jump on, and take a risk, and start to have the slightly more brave conversation.

When you catch that wave, Pruen suggests, “don’t try to manipulate, or inspire guilt … just share your thoughts, your feelings, your experience, without an agenda.”

If all you want is to bring your partner up to date with who you are right now, not ask them to do anything about it, he says, “it changes the paradigm.”

To read the full article on The Telegraph website, click here (you may need to register), or you can download a PFD here.
Interested in the Process? Find out more here, email info@hoffmaninstitute.co.uk, or call the office on +44(0) 1903 88 99 90