Learning to ‘stay with the trouble’, by artist and author Samantha Clark 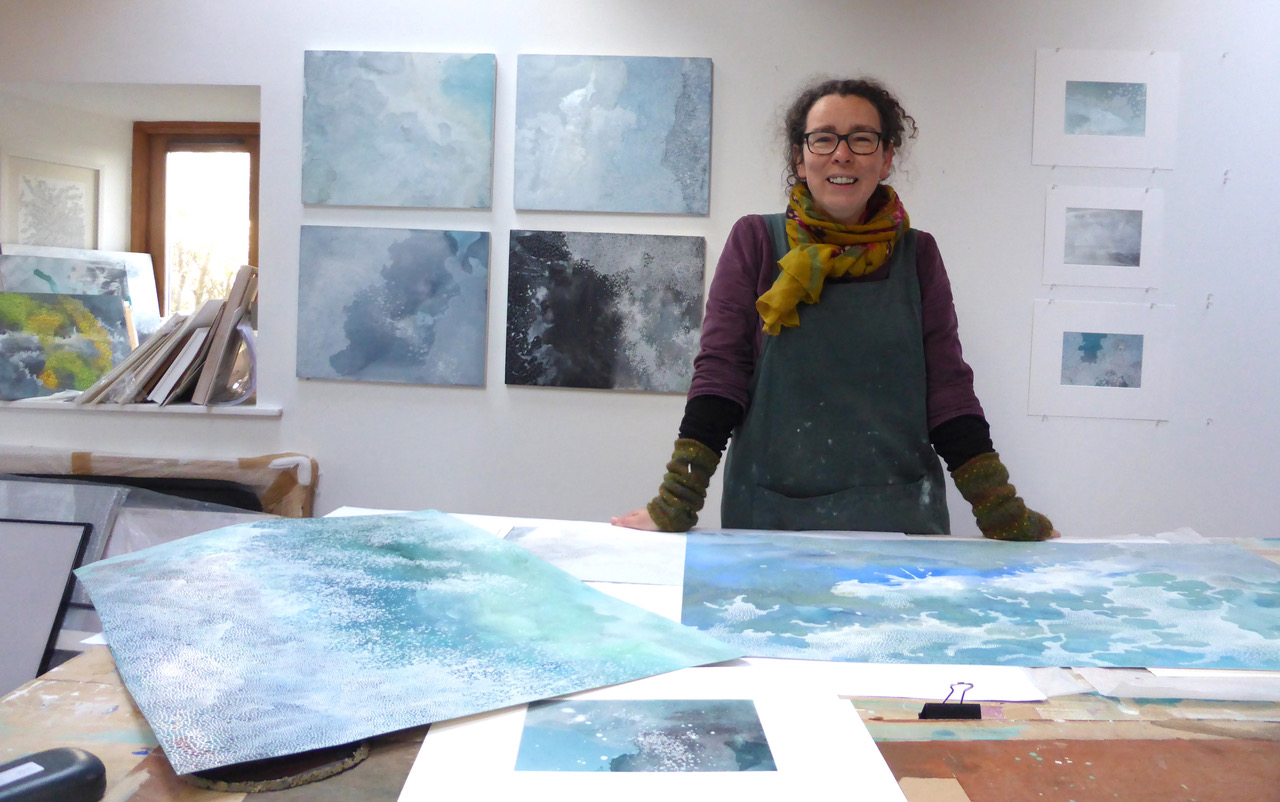 When I signed up for the Hoffman Process back in 2008, I had no idea that it would release a stream of creative expression in writing that would eventually become my first book.

It was a difficult period in my life. I had just started a new job back in the city I grew up in, so as to be able to help my parents who were both elderly and becoming increasingly frail. My mother suffered from long-term mental illness which affected her with chronic anxiety, panic and sometimes psychotic episodes. This had begun when I was about six or seven and it had definitely left its mark on me. I was struggling and probably had been for some time, but I was very good at hiding it, from myself as much as from others.

For years I’d been carrying around a heavy sadness and grinding anxiety that I sensed were lodged in me somewhere deeper than language. Now that I was back in my childhood hometown these uncomfortable feelings became more intense. I tried to avoid them by always being busy, working long hours and studying part-time. But there were moments when I was too tired to outrun them. Then I would feel quite desperately stuck, sad and lonely, as if my childhood was pulling me back down. When I got to the point that I wasn’t sure how much longer I could keep going, I knew I had to do something, and soon. But what? 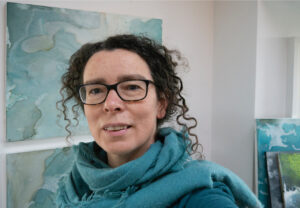 I’ve been a visual artist for many years, but I’m also quite cerebral and analytical. I’d had a few counselling sessions, but I sensed that sitting in a chair talking about sad stuff was not going to achieve the deep and lasting changes I wanted to make, so I wasn’t drawn to psychotherapy. Nor was I keen to go down the path of doctors and drugs. I’d seen enough of that with my mother. But I loved yoga and understood from this how much the body can help heal and steady the mind. So when I heard about the Process, I followed a hunch that the physicality of some of the methods used would take me to that deeper level of work.

However, signing up for something like the Process was completely out of character for me. Expressing my emotions, working in a group setting, spending a large sum of money on myself, doing touchy-feely-workshoppy things: these all went completely against the grain. But at the time I was so stuck in behaviour patterns that weren’t serving me, that I knew I had to do something drastic to challenge my habits and take me well outside my comfort zone.

What I didn’t anticipate was that out of the intense emotional and physical work of the Process the words to express my experience would start to well up, clear, strong and healing. Because once I’d begun the preparatory work you’re asked to do, I discovered that journaling is also an important part of the Process.

I recently found the folder in which I’d kept my Process notes. I haven’t looked at them for years, but when I read them again now I’m struck by how sad and desperate for change I was at the time. I’m also astonished how much my life, both inner and outer, has changed for the better since then. What I’m also surprised to notice is that in those pages I can clearly see the seeds of what became my first book.

I was so nervous about the Process that I was nearly sick as I came off the train at the station near the venue in Kent. I hadn’t told a soul where I was going or what I was doing. When I had the first meeting with my facilitator, she sat with my notes in her lap and asked me to talk a little about what had brought me to the Process. I was trying hard not to cry. She looked at me with such empathy and compassion and said, ‘It’s OK to cry. You poor little thing. You were so unsafe.’ From that moment on, something in me relaxed and began to let go.

For the rest of that week, I felt held in a completely safe space by caring and capable hands. At last I felt able to stop trying to outrun the past, to look with compassion at the most uncomfortable and frightening parts of myself, and instead of avoiding them, stay with my saddest memories, deepest fears and most profound grief. I could go right to the edge of my discomfort, hold my gaze steady, and see what I might learn there.

To feel safe enough to fully inhabit such intense distress and grief was revelatory. The first days of the retreat were perhaps the most powerful emotional experiences of my life. Skilfully led by the facilitators, I was swept up in turns by towering rage, wild fury and overwhelming sorrow, but I also found an implacable determination and strength. I lost my voice from shouting. My hands blistered. I sobbed till my whole body hurt. I wept with a kind of purpose, like I was sweeping something clean. At times it felt like I was fighting for my life, physically smashing down the walls of a prison. And in a way I was.

There was such a sense of release and peace afterwards. It was like lancing a boil. No wonder I’d been feeling bad, trying to hold all that down! To have these feelings of anger and grief seen and accepted, by myself and by the others in the group, released their power over me.

Immediately after the Process I felt lighter, easier, but it was still tentative, a little green shoot of hopefulness. I didn’t experience sudden transformation. It’s been gradual. Only now, looking back, can I see that after Hoffman the direction of my life shifted, like a river changing course, so that twelve years later I’ve ended up in a much, much better place. 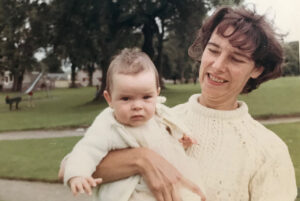 There were more immediate shifts too, small but welcome. Like the time I called my mother to say I needed to change the day I’d planned to visit and she reacted as if it was a catastrophe. This was her usual response and, instead of my usual irritation and detachment I found a sense of friendly curiosity took its place. ‘Why are you worried about that?’ I asked. There was a pause at this unexpected reaction, then she replied in a surprised voice, ‘I don’t know!’ I could hear my father laughing quietly at this exchange on the other line and a new lightness entered our relationships.

In the years that followed my parents became increasingly frail with my father trying to care for my mother despite having cancer himself. When he was finally persuaded to get help he was admitted to hospital immediately and died within a week. My mother passed away 18 months later and it fell to me and my two older brothers to clear the home they’d lived in for 45 years.

It’s a strange moment when you first walk into a parent’s home after they’ve gone. There’s a feeling of trespassing, yet also a chance to discover who they were when you weren’t there. It was a time of deep reflection and I began to write about it. Though it was never my original intention, this eventually became my book: The Clearing: A Memoir of Art, Family and Mental Health. I hadn’t anticipated how publishing a book allows so many others to connect with your story and recognise in it aspects of their own lives. The Clearing seems to have touched a chord for a lot of people. Some of the messages I’ve received since it was published have been really moving.

What has stayed with me from the Process is the lesson that in moments of discomfort, fear or anger, when you know you’re being triggered, you can step back and simply notice what’s happening with a kind of friendly interest. The writer Donna Haraway has called this ‘Staying with the Trouble’. You’re not busy trying to ‘fix’ anything, just examining what’s going on. This opens up a space in which you realise you have a choice; react or merely watch it pass. For me, writing is a way to do that. You have to stay with the troublesome, uncomfortable feelings and pay careful attention to them before you can find the right words to express them.

Over and over, while writing The Clearing, I found that when I ‘stayed with the trouble’ long enough, neither indulging nor avoiding it but just paying careful attention, it would lose its power over me. Eventually the grief or sorrow or anger would dissipate and under it I would find simply love.

To see examples of Samantha’s artwork, murals and videos inspired by her Orkney home and to read her blog, visit: www.samanthaclark.net
To follow Sam on Facebook or instagram, search @samclarkartwrite. On Twitter, it’s @sam_clark_art

The Value of Creativity 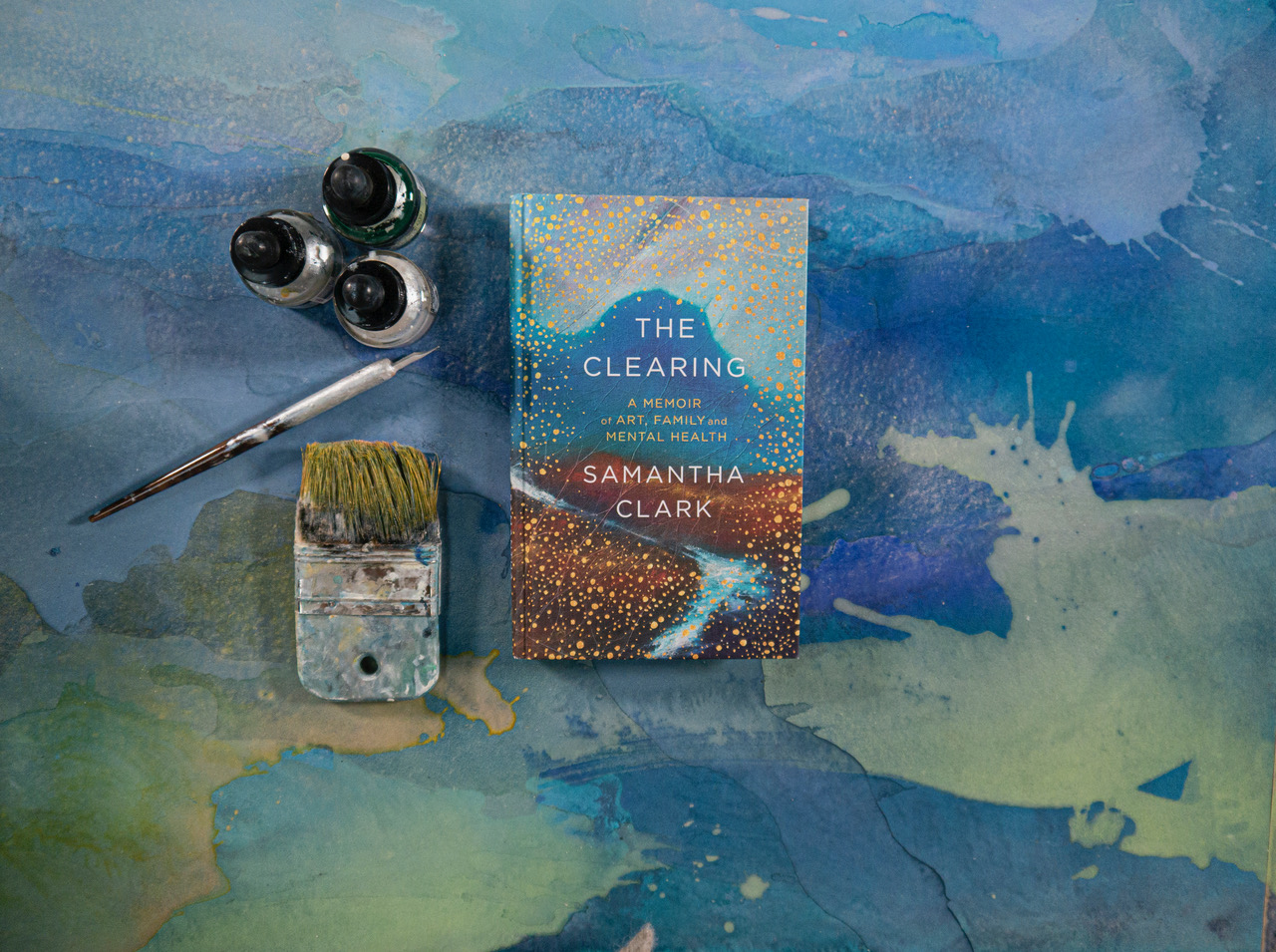