It’s All About Me: with Eleanor Moran

Eleanor Moran’s career as a TV Producer may have been an obvious choice for someone whose early life was full of drama. Rather less obvious was the impact this had on her relationships and her choice of romantic partners. In a bid to understand and heal her own story Eleanor found the voice for her most recent novel, A Daughter’s Secret, which dramatically describes the dance of the Daddy’s Girl. She also offers tips to anyone, whether male or female, living with narcissism or its legacy – because when it’s all about me, it’s never about you. 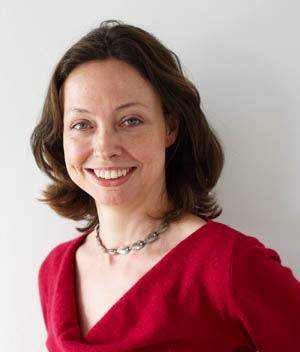 ‘I remember Christmas 1984 for three main things; Band Aid’s Do They Know It’s Christmas was Number One, it was the first year my age came in double figures and my father burnt our house to the ground.

An open fire was left unguarded, and the tiny house quickly filled with toxic smoke. It was me who woke up, me who screamed to him that we were in danger. He forced a window and we shinned down a drainpipe from the top floor, bare feet landing in freezing snow. It was traumatic, shocking, but I also experienced an intoxicating jolt of triumph. I’d saved him, I’d proved my worth, and for the child of a narcissist there can be no greater prize.

My father was dangerous. Dangerous to himself, and dangerous to those who loved him. He was charming and clever, with a quick wit that would have people in stitches. But the light was often obliterated by the dark – he was a classic narcissist, incapable of empathy or real connection. My parents separated when I was still a baby, and my father never had another serious relationship, so the time I spent with him was one to one, and as intense as a love affair.

Narcissism expert Dr. Robin Berman, author of Permission to Parent: How To Raise Your Children with Love and Limits neatly sums up this kind of parent/child relationship. ‘Children learn when parents mirror their feelings and help them understand their experiences. When narcissism interferes, the mirror is reversed. Narcissistic parents need their kids to mirror them.’

My father was certainly incapable of recognising what I needed. He would leave me alone until the wee small hours of the night, forbidding me to tell my mother (even when he came home to find me sobbing down the phone to the operator, his main reaction was relief that I hadn’t managed to get through to her). He would share stories of gruesome murders or confide intimate details of their broken relationship. I would try desperately to respond right, to keep him interested, and to comfort him when he fell into one of his frequent depressions.

Meanwhile, even the simplest aspects of parenting were beyond him. He never came to a parents evening and almost always forgot my birthday. None of this blunted my adoration: if anything it sharpened it, making me work even harder to figure out what I needed to do to win his unpredictable love.

Cut to my teens and twenties. By now my father had become a very intermittent presence in my life, but the legacy of my childhood cast a long shadow. The men I was attracted to – no, obsessed by – were like living ghosts of that first defining relationship.

Older unavailable men were my catnip. The Irish rocker twenty years my senior, who would disappear for weeks on end before making one of THOSE late night phone calls. The charismatic writer who never invited me to visit him in Edinburgh – because, as it turned out, he hadn’t split up with his longterm girlfriend after all. Meanwhile, nice guys always finished last. I was callous and changeable, bored by their dogged affection, their bizarre tendency to call when they said they would. 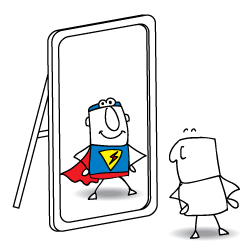 These adult patterns are in no way restricted to fathers and daughters. John Bradshaw, a leading expert on Inner Child work, writes in his landmark book Homecoming about the distorted roles narcissistic mothers can impose on their sons. ‘Mum’s little man, Mum’s surrogate spouse’ – as Bradshaw points out, these roles are also a ‘reversal of nature’ and every bit as destructive for a man’s relationship prospects in adulthood.

I think of a gentle and kind male friend who grew up with an alcoholic mother, who now suffers screaming abuse and frequent walkouts from a wife he could never countenance leaving. From his point of view, she ‘needs’ him, and his job is to take care of her.

As the children of narcissists, our template for love is like one of those distorting mirrors in a funfair. What we perceive as love is nothing of the sort. We’re used to feeling as if our needs are secondary and unimportant – that our partner’s love is something to strive for, rather than something to expect. We look for broken people to love and fix – for many years, I was a magnet for addicts and depressives, trying to heal them in a way that I’d ‘failed’ to heal my Dad. We can be exhaustingly mistrustful: we never had that early experience of unconditional love and support, so when it does come, we don’t know what to do with it

I was 28 when I finally found my way to Hoffman. My father had died three years earlier after a short battle with lung cancer. One some deep, illogical level I felt responsible, like I’d abandoned my post as his guard dog and let death come and take him. Needless to say, my romantic life was still as torturous as ever. It was definitely worth maxing out my credit cards to do the Process and lying to work about an exotic last minute holiday. My Hoffman teacher quickly identified my key issue. “You’re a Daddy’s Girl” she said sagely. “There’s at least one on every Process”. 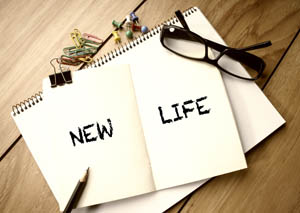 The chance it gave me to really grieve my childhood – or rather the lack of a childhood – was incredibly powerful and I think an essential piece of healing the legacy of a narcissistic parent. I was able to stop mythologising my father’s memory, stop veering between adoration and hatred. Emotionally, he was always a child, but now I had the chance to grow up. And from that adult place, I could finally find compassion for him. The healthy kind, which didn’t involve me sacrificing my own life to ‘save’ him.

I’d always harboured dreams of writing, but the fact my father was a frustrated writer himself would probably have held me back forever. Not now: I’ve published six novels, and the last one, A Daughter’s Secret, really explores what it means to grow up this way and come out the other side.

I know it’s possible, and the chance to share that message with other people has been invaluable.

Signs your parent is or was a narcissist:

Signs your partner is a narcissist:

Listen to Jenni Murray in conversation with Eleanor Moran and Nikki Wyatt on BBC’s Woman’s Hour on the theme of Father-Daughter relationships and how childhood influences our relationship choices.