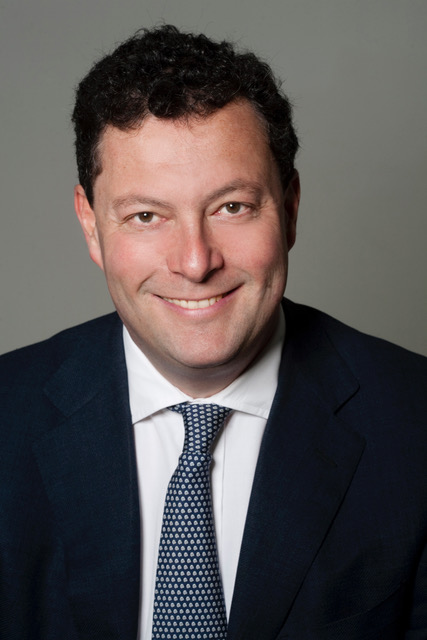 In this article, international Business and Leadership Coach Robbie Steinhouse describes how aspects of the Hoffman Process helped transform not only his emotional state, but also his ability to lead a business. He also credits the influence it has had on creating the Leadership Matrix model which underpins his latest book, Mindful Business Leadership.

“I did the Hoffman Process seven years ago. My mother had recently passed away and the credit crunch had rocked my property business to the core. To say I was in a terrible state would be an understatement. My therapist, Lois Evans, was a big fan of Hoffman and convinced me to take a week out and have a go, so a couple of weeks later I found myself driving up the path of an attractive country house near the seaside town of Seaford, in East Sussex.

Part of the Hoffman Process is very physically expressive, finding a way of releasing anger that had built up in my body and in my psyche. Although I found this release healing, it was the Hoffman ‘Quadrinity’ model that proved a lasting take-away for me.

As the name suggests, Quadrinity proposes breaking down the human psyche into four component parts: physical, emotional, intellectual and spiritual. Although I was initially cynical about these rather obvious descriptions and, for me, the unfortunate ‘mind, body and soul’ connotations, I found that Hoffman really enabled me to experience these in a new and totally life-changing way. There’s a saying from Papua New Guinea that ‘knowledge is only rumour until it’s in the muscle.’ Hoffman is an experiential course that entirely changed the way I related to these core human qualities.

Before I explore these in more depth, it’s probably worth unpacking the word ‘spiritual’ in more detail. Although I don’t follow any traditional religious faith myself, I’ve practiced meditation for over twenty years and found the Hoffman approach to spirituality very helpful and inspiring. For me, it fits with my understanding and experience of mindfulness: being able to enter a space where I can be aware of my thoughts and feelings, but where I’m something more than those thoughts and feelings. I have a sense of a part of me that’s a silent witnessing presence of those thoughts and feelings.

During the Process there were various exercises that helped me connect more viscerally with my different ‘parts’ (not only the spiritual part). I had a profound sense of a physical part, which gave me a sense of personal power and agency. My emotional part connected me to a feeling of empathy – not just for others, but also an increased awareness of myself and my needs. The intellectual part gave me a sense of imagination and strategy, and was the one that I had valued the most; however, I realised this part was often locked in a battle with my emotional part and wasn’t quite as rational as I had believed. These ideas and the Hoffman material in general complemented my knowledge and expertise in NLP brilliantly. 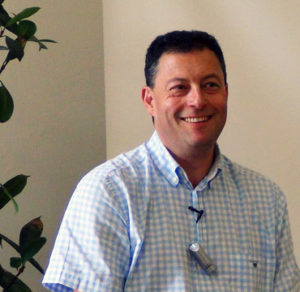 So, how does all this map onto leadership and more specifically my own model of leadership? Perhaps this is best answered by a live leadership example. During the credit crunch, I was often in high-stake meetings. I recall one when a frustrated and dogmatic bank manager effectively threatened to move my business into their notorious defaulter’s division. My initial reaction came from my emotional part. I felt betrayed and angry. My physical part wanted to fight and get even, and my intellectual part started to panic. I was heading for a potentially dangerous confrontation.

Thankfully, I had access to my spiritual part, or as I call it in my model, my Conductor. Much like the conductor of an orchestra, the job of the Conductor is to detach, calm down and assess if now is the time to act (and how) or if it’s better to withdraw and consider options later in a quiet place. I opted to withdraw, but also to use my (by now) somewhat calmer intellectual part a little. I asked some questions to gain clarity about the potential threat (I sensed the manager was also reasonably conflicted about having to ‘obey orders’). I didn’t lose control and I got some useful information. I managed to avert this crisis, and a couple of years later I was able to use what he had said to my distinct advantage.

Leadership, in business or elsewhere, is truly tested under duress. The Hoffman Process introduced me to my Conductor in a new and compelling way. Not only is that part of me available and wise during a crisis, it also helped me preserve my energy and helped me steer the business through the seemingly endless storm that the credit crunch had created. When I did finally emerge in 2012, I realised the enormous value I’d gained from Hoffman. Success in business often takes a huge personal toll on the leader; without a sense of vision, imagination and the tools to overcome obstacles, I’m not sure if I would have emerged intact. I have a lot to thank the Hoffman Institute for.

Robbie’s book, Mindful Business Leadership will be published Sept 26 by Routledge. Click here for more details. Or for more about Robbie, visit www.nlpschool.com/trainer/robbie-steinhouse/

Robbie is featured in the 2018 issue of Hoffman magazine. To order a FREE copy for yourself, friends or family, click here.