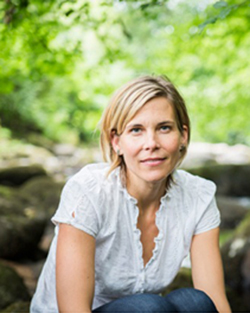 For Bermudian Julia Pitt the famous triangle more accurately described a tricky relationship between her young son, herself and her ex-husband. Then in June 2013 she flew from Bermuda to the UK to do the Hoffman Process and got to the bottom of the mystery. What disappeared was a lot of ill feeling – what emerged was a healthier family dynamic..

It started when a friend phoned to say that her colleague had just returned “looking amazing and totally inspired after a self improvement retreat that sounds right up your alley”. As a Success Coach in my home island of Bermuda, I’m always interested in personal development challenges, so I began my research into the Hoffman Process.

The trickling streams and redwood trees of the ‘White Sulphur Springs’ Hoffman campus in California sounded alluring, but as a divorced, single mum of a 5-year old boy (whose father lives in another country), arranging a week off seemed less likely than winning the lottery. Then I found Hoffman UK, and the universe worked its magic. The July Process started the very day I was arriving in London to drop my son with his dad for a three week holiday

In a smooth transition my ex-husband agreed to meet us from the plane, the six-hour overnight flight was on time and I was able to jump on a train to arrive at beautiful Florence House on the Sussex coast just in time for a 9:30 start; albeit a little bleary eyed.

Been There, Done That, Bought the T-shirt

Of course no amount of research can prepare you for the Process itself. I’d come in running a pattern of ‘I’ve done this kind of thing before… how’s this going to be different?’ I was amazed. I’d set the intention to commit fully and be really open to the experience. I couldn’t switch off my practitioner’s eye entirely, so there always remained a thread of awareness about the mechanics of the Process, the ‘hows’ and ‘whys’ of the techniques and the form of the journey our course leaders were taking us on, which I found tight, elegant and well constructed, but this ran quietly alongside my week-long journey of deep personal discovery. 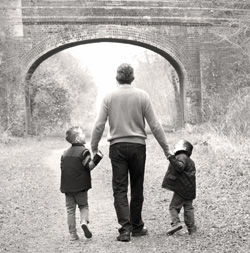 The coaching approach I studied doesn’t delve much into the past, except to explore what’s worked well before or not, and to look at limiting beliefs that have repeatedly held us back. So tracing our patterns back to early childhood and examining our fundamental needs and how they have or have not been met was like finding a corner piece of the puzzle.

I’d long been aware of the effects of negative actions, but for the first time I understood the equally powerful effects of someone’s absence during childhood. Recognizing the four aspects of myself: physical, intellectual, emotional and spiritual – what Hoffman call ‘the Quadrinity’ – was also a huge shift for me. I realised how divorced I’d become from my spiritual self and how out of tune I was with my body.

My biggest breakthrough came from the work we did on vindictiveness and compassion. As someone who had intellectually decided to ‘be compassionate’ about the painful marriage and acrimonious divorce I’d been through, I thought I was ‘over it’. But allowing myself to access that deeply repressed anger I felt towards my son’s father, and even more frighteningly, towards myself, created an incredible emotional and physical release as well as freedom from the poison that I wasn’t aware was still in my system.

This was all complemented by the warm, welcoming environment that is Florence House and its coastal pathways, together with being embraced by a group of brave, sincere fellow soul-seekers. I hadn’t experienced such moments of pure joy, since I began worrying how other people were judging me (a long, long time ago). An especially fond memory is of jumping into the freezing ocean off the pebbly Seaford beach with some comrades in the throes of really ‘living’. Just the thought brings a smile to my face. 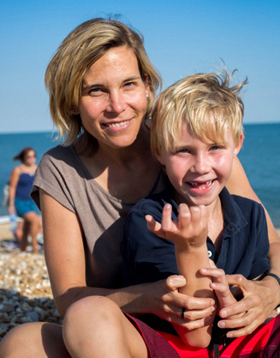 Following the Process, I found positive shifts in many relationships, especially with my mother. My relationship with my son improved greatly and continues to do so as I’m more mindful of his needs and aware of my reactions. But the best result has been the changed dynamic when dealing with my son’s dad. I asked him to come to Bermuda for Jack’s birthday and my little boy got to have both his parents for lunch on his special day. I find I’m less quick to fear or judge our interactions and, for the first time, I’m really beginning to understand the meaning of forgiveness.

Professionally the Process has had a dramatic effect on my work. Besides giving me a new vocabulary and way of discussing ideas with clients, my approach now places a greater emphasis on coaching holistically. I’ve introduced more spiritual well-being and written from a place of greater personal authenticity in my weekly coaching column for Bermuda’s daily newspaper, the Royal Gazette.

I also realize this is only the start of a life-long journey. There are days (even weeks) when the world seems to spin so fast that I struggle just to keep my head above water, swimming in those habits and patterns that I’d acknowledged and expressed and hoped I’d put an end to. But we can’t un-know something, so moments of awareness and self-reflection still filter through everyday life. I’m yet to establish the daily practices that I envisage for myself. A 5-year old isn’t conducive to morning meditation! I’m in an ongoing process of straying off, recognizing, then correcting back to the path… and trying to be gentle with myself along the way. 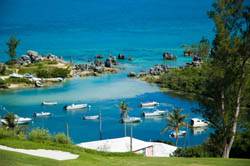 My Process group have been a stalwart part of post-process life. The email group was tremendously important, especially at the start, trying to reintegrate into the real world after such an intensive time together. It provides a safe, supportive forum in which to share with like-minded people to whom I shall always feel magically connected. It’s quieter than it was in the beginning, but I read the emails with heartfelt gratitude to these wonderful people who are being vulnerable, sharing their stories of bravery, heartache, discovery and joy.

Meanwhile, I’ve found a Hoffman Facebook group in Bermuda and a surprising number of graduates on the island. It’s been wonderful to feel that connection of joint experience here on home soil, as well as to practice the tools together at occasional meetings.

Hoffman not only gave me a deeper sense of self, joy and spiritual connection, but also a new community. The life-changing experience is like none other and I’d say to anyone considering it, find the courage and take the leap. However much we think we may know, there is always more to learn.

Julia’s 4 Top Tips For Success in Life and Work:

1. Get your relationships in order – whether at home or at work – everything flows from that
2. Awareness – be alert to potential problems before they blow up and spot where you need to give your attention
3. Understand that it’s a journey – you won’t get there in one hop or without ‘mistakes’ – so be gentle with yourself and remember to smell the roses
4. Keep your vision in mind and be guided by your authentic self

In all situations know what you want. From that knowledge it becomes easy to make decisions and to speak from a place of clarity and authenticity.

For example I was coaching a client who works in a large corporation. She was feeling confused and doubting whether she would enjoy a promotion she had previously wanted very much. As we dug into what she wanted the role to be in order to make it meaningful for her, she realised what she wanted: to represent to others what it meant to be successful while being yourself. Her doubts cleared and she left with a spring in her step!

Julia Pitt is a Success Coach and certified NLP practitioner in Bermuda. www.juliapittcoaching.com