Fitting In: with Jonathan Ward

‘As a young lad growing up in Leeds my dream was to be a lawyer but once I graduated I took what I thought would be a minor detour along my career path – a decision which had important consequences. I wanted to live it up a little after the treadmill of exams, so I got a job in a gay pub in London, made lots of friends and on the face of it, life was fun. However, without the constant studying, suppressed feelings had time to surface. I started 1:1 therapy to address certain childhood issues and over the next few years I gained many insights, although there was always an underlying unhappiness. Somehow my dreams of a law career faded into the background and by the time I was 29 I was managing a big restaurant in Manchester.

Looking back, the year I turned 33 was pivotal. My mother was diagnosed with primary liver cancer and, after two re-sections, had a liver transplant. I cared for her for 6 months and stayed with her until she felt fully recovered. Unfortunately, 3 months later, whilst I was travelling around Australia, the cancer returned. I flew back to be with her and she died a month later but the time we spent together was very precious. My mother had always wanted to go to Machu Pichu, so after she died I went in her place on a kind of personal pilgrimage, taking a jade pendant I’d given her, which she wanted me to leave there. It gave me time to reflect and I decided to get back on track with my law career. 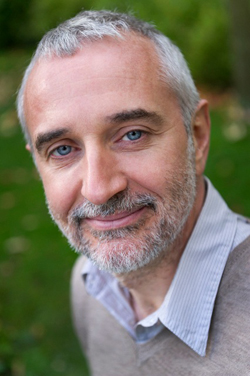 I pushed myself to the limit on a law conversion course, determined to do well. However, my energy levels steadily declined. Tests via my GP failed to reveal anything, so I was put on anti-depressants and I began to see a psychiatrist, thinking it was ‘all in my mind’. Although I got a first on my course, by the final day I was so weak that I could hardly walk! Finally my father suggested that I went to a specialist hospital. There, in-depth tests revealed that I’d picked up a parasitic infection in South America which had weakened my immune system to the point where I’d developed multiple allergies and sensitivities.

After 6 months of treatment I felt able to move back down to London and help run a friend’s restaurant. Back in my old life with different energy levels, my illness prompted me to rethink my old values and I realised that law was not for me after all – I just wasn’t sure what was. It was 2007 – I’d hit 40 and the classic mid-life crisis!

I’ve noticed when I’m at a crossroads in life that significant people show up; this time it proved to be my wonderful current partner, closely followed by a gifted five element acupuncturist called Wendy Mandy. Wendy felt that I had a great intellectual understanding of my situation but there was something stopping me from moving on. She felt sure the Hoffman Process would catapault me to a new level of awareness – and she was right.!

The Hoffman Process allowed me to go deeper than I ever had before. Partly because I was doing it with other people which made me feel safe; their energy was supportive and allowed me to lose my inhibitions and express from a much deeper level. They also mirrored my patterns back to me far more than a therapist is able to do in a 1:1 session. From the start I was particularly moved when the Hoffman teachers told their own stories and shared how the Process had helped them. Their willingness to be vulnerable in front of people was so inspiring because my biggest fear was that once I opened up I’d be judged or laughed at. Nothing could have been further from the truth – the unconditional love and support was amazing.

My relationships really transformed after the Process. I’d come out to my parents about my sexual orientation when I was 22. My mother was very supportive and my father was too, although I know that he found it more difficult, but growing up in the 70s with homosexuality being portrayed by stereotypes such as John Inman and Larry Grayson, it wasn’t easy. Taking the time required at the Process to empathise with my father’s upbringing and background helped our relationship enormously – I realised how hard it must be for him to deal with. After the course we had a wonderful heart to heart which completely changed our relationship. I had always felt a child in his presence but now I feel like a man – it’s been liberating.

I also grew up feeling in the shadow of my very successsful and (heterosexual) older brother and our relationship hasn’t always been easy. Since doing the Process I’ve been able to be with him as an equal. We really enjoy each other’s company and we’re even talking about doing some work together. Of course it was too late to have a heart to heart with my mother, but I went to the place where her ashes are buried and released the feelings of abandonment and anger I’d experienced at her death until I felt I’d really acccepted her passing.

Enjoying the ‘fun’ in Dysfunctional 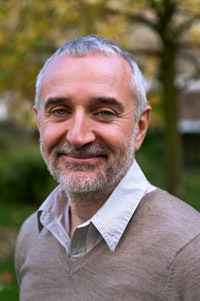 I used to beat myself up for every mistake – my inner critic had impossibly high standards and never took a day off! Even for something as trivial as coming downstairs and realising I’d left something I needed upstairs, I’d tut and tell myself off. Now whether the mistake is big or small I can laugh at myself and not take life so seriously and that’s a change that continues to improve over time, all these years later.

I didn’t feel that I would ever move out of catering due to my lack of self-belief but after the Process I saw so many new possibilities. I even considered training as a Hoffman teacher! I took a few months to integrate the changes and stayed in contact with the Hoffman network by doing a Reconnection Day and joining a Hoffman Self-Support Group which meets regularly in London. Through this group I heard of a course run by Dr Mark Atkinson, also a Hoffman graduate from Australia, which seemed perfect for me, so I spent the next few years training as a Human Potential Coach.

I qualified in 2011 and now I’ve found work that I love. I’m in awe of the changes that can occur during coaching. Clients tell me that they make dramatic shifts. What I’ve learned is that no matter what situation you’re in or how stuck you feel there’s always a door to an alternative future – you just need the courage to open it.

Jonathan is based in West London and offers phone, Skype and face to face coaching. For more information email: jonathanpeterward@gmail.com or visit www.courageouslivingcoaching.co.uk