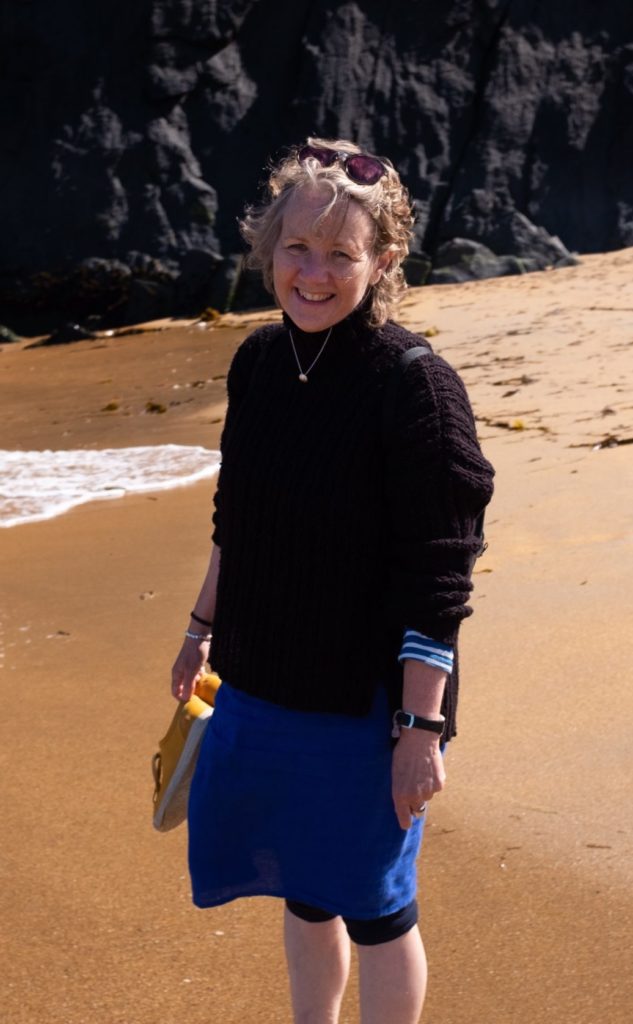 In the summer of 2018, I was recovering from breast cancer. I felt battered and bruised, both physically and emotionally, but so very glad to be alive and recovering.

The cancer had left me desperate to get on with my life and live it to the full; the ever-present fear of it returning propelled me to try to experience as much as possible. Eight months off work during my treatment had, in between the horrible effects of chemo, enabled me to step out of my life. I reconnected with loved ones, reunited with old friends and gained new ones, as well as losing a few on the way, and overall I felt a lot calmer than I think I ever had. However, no sooner had I got back to work and regained some semblance of a normal life, than self-doubt set in.

My son had gone to university the week I started my treatment and I was living on my own; the world should have been my oyster – but it wasn’t. I began to notice outbursts of anger that I’d been prone to in the past were making their way back into my life, post-treatment. I knew this change in my emotional landscape was important.

I first had therapy in my twenties when I was struggling with anxiety and huge self-doubt, and then later throughout my counselling training. Thanks to that, I understood that my main issues revolved around being adopted at only four weeks old. Such a situation often involves attachment issues, as well as the inevitable identity issue – ‘Who am I?’

I was given one name on my birth certificate, which was changed completely by my adoptive parents. I remember when I was 11 years old I was freaked out when I found my original birth certificate and saw my ‘real name’. I’d always known I was adopted, but it was so bizarre to see I was originally called something else.

My adoptive parents did their best, but I knew there was always a ‘what if’. What if I’d been kept by my birth mother? Would I be different? I’d always been told she was a young unmarried mother in the 1960s when there was no benefit system to provide a safety net, and that she had no choice. But, whatever the circumstances, there was always a sense of rejection.

I felt I’d made peace with it. I also felt I’d made peace with the difficult relationship I’d had with my adoptive mother. I wasn’t the daughter she wanted, and she wasn’t the mother I wanted. I never felt I was good enough for her and clearly not for my birth mother either – or she would’ve kept me, wouldn’t she? The reality was that I never really felt ‘good enough’. I felt second best, unworthy, and that I didn’t really fit in anywhere.

The fear of being given away again meant that I was desperate to fit in, so I learned behaviours that would gain approval. What got lost was the real, authentic me – and that’s where Hoffman came in.

I’d seen the Hoffman magazine lying around when I visited my oldest and dearest friend, Jenny, who had just done the Process. I read it, thinking I’d love to go one day, but money was an issue. Then, during that summer of recovery, with impeccable timing, I received a copy of the latest Hoffman magazine and a card from Jenny gifting me the Process. Here was my chance. 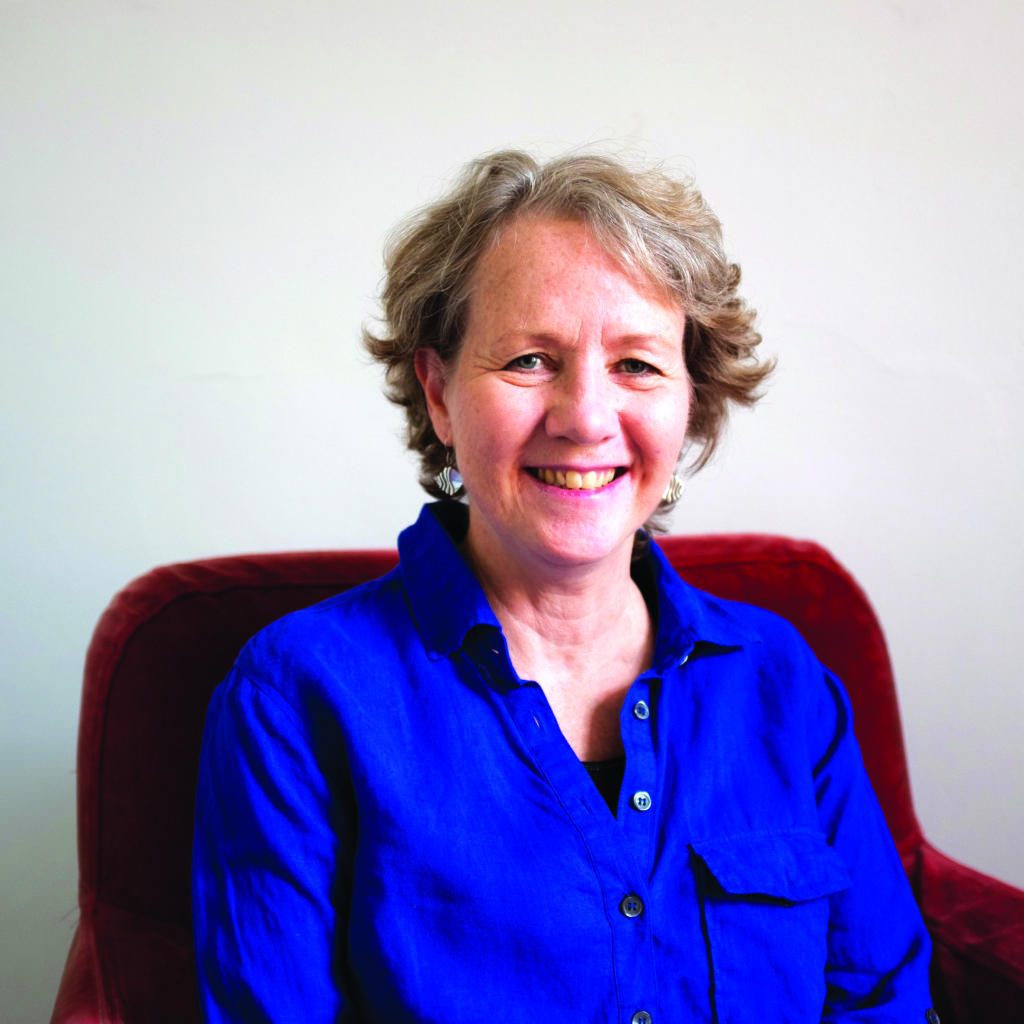 The course was a rollercoaster ride of emotions. I took the advice of my Hoffman facilitator, and made sure this was my Process, totally focused on me.

The most surprising outcome was how I was able to release a deluge of emotion surrounding the pain of being given up as a tiny baby – the tragedy of it. I’d always intellectualised it, and I’d held so much pent-up anger at the injustice of it all, but I’d never been able to really feel the raw emotional rage and huge sadness of it until the Process.

Hoffman enabled me to express the trapped emotions I was holding. I was able to understand my inner emotional child and began to give her what she needs. I could honour all four of my parents and start to understand they all did their best with what they had. I also tapped into some amazing spiritual feelings, which I’d always pooh-poohed. I came away with a tremendous confidence in myself that I’d never felt before, a belief in myself and my intuition.

Other positives I’ve taken away from Hoffman are that I am ‘good enough’ – not second best – and I can be part of a group and be accepted for who I am. I also realised that most people on my Process had similar beliefs and feelings, despite not being adopted. We were all once vulnerable children who adopted patterns to survive. I’m not different to anyone else.

I gained some amazing friends from my time at Florence House, where I did the Process. I went on a trip to India with two of them and I’m in regular contact with many more in our WhatsApp group. I still put into practice the tools I learnt at Hoffman on a daily basis and one of the major things I learnt on the course was gratitude.

I started searching for my birth mother in my early twenties and finally found her in my early thirties, albeit too late. She had died of cancer of the cervix, aged just 49. I never met her, and so wish I had. On the upside, I have met her two sons (my younger half-brothers), and we’re very close. Meeting them felt like the missing piece of the jigsaw in my life at the time.

The fact my mother was Irish, as is my birth father, who I met a few years ago, has made a hugely positive impact upon me and provided me with a wonderful sense of identity which both myself and my son continue to celebrate. We’ve been on several road trips to Ireland together in recent years to soak up the Celtic heritage that we are both so proud of being part of.

My birth mother had little choice but to give me up for adoption, my adoptive parents couldn’t have children, and desperately wanted them. I wouldn’t be who and where I am today without them all – for that I am grateful. I’m also eternally grateful to Jenny for her amazing, life-changing present of the Hoffman Process – inside the wrapping, I found the authentic me.

We’d like to thank Marion for sharing her story. You can find more stories from Hoffman graduates here