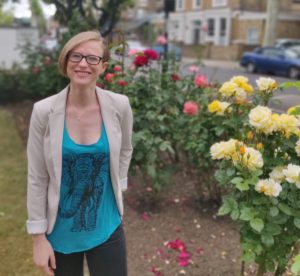 By the time I did the Hoffman Process, I‘d been in therapy on and off for almost 10 years. Although therapy had helped in many ways, it felt like I’d analysed the life out of my past and my family situation and I wanted something new. I didn’t want to rely on it as a coping mechanism for the rest of my life. I‘ve suffered from depression ever since I can remember, and I was looking for something that would give me the tools to actually DO something about it, not just to talk about it.

Through my various encounters with therapists, I’d heard the word ‘boundaries’ thrown around a million times but I didn’t really know what they looked like or how to achieve them. That was true for so many sayings I’d heard such as ‘learn to let go’ or ‘you need to love yourself first’. I understood them on an intellectual level, but they just left me with a frustrated feeling of; ‘Yes, but how?!’

Hoffman gave me a glimpse of what it feels like to actually embody some of those sayings. Since doing the Process, feeling 100% authentically happy has felt achievable. There’s something about being able to picture and remember what that felt like during the Process which has enabled me to know instinctively ‘how’. That’s not to say I don’t still mess up, feel the pain and get lost a lot of the time, but at least I know it’s possible to get there because I’ve felt it. I know what happy looks like now.

Sometimes it’s been hard putting new boundaries in place within existing relationships. Change can be painful for everyone involved. However, I think it means that my relationships are now based on a healthier dynamic. Frankly, I’m still figuring a lot of it out and I’m far from immune to unhealthy relationships, but I now have the tools to notice and do something about it when I feel like things are going pear-shaped.

Boundaries have also meant I can be more present with those I love. Now I can be there for them without sacrificing myself in the process. As they say, ‘you can’t pour from an empty cup.’  Hoffman has taught me how to recognise when my cup is empty, as well as how to fill it.

My happiness doesn’t depend on other people or external circumstances as much anymore, so the burden’s been taken off those around me. More often than not, I now feel joy where I used to feel jealousy. I now feel empowered where I used to feel helpless. Instead of being scared of anger, I can now ‘roll with it’ and accept it for what it is. And most importantly, I have the courage to say ‘no’ when I need to.

Being given a second chance

Up until now, suppressed anger has shaped my personality and everything I’ve done. Post Process, it feels like a weight has been lifted and I have spent the last 2 years rediscovering who I actually am and who I’m capable of being. I would hate to have wasted any more time carrying that weight around with me. I could have walked around for the rest of my life letting anger towards my childhood define me, continuing the frustration and helplessness I felt in most situations, and ending up in repeatedly unhealthy relationships, unable to form real connections.

In my early adult life, I’ve kept busy doing lots of things – many of which I’m proud of – but I did them all because I was running away from myself. As one of the Process facilitators pointed out, I was trying to live a thousand lives in one, rather than really living the one I have. Staying still would have meant feeling all those uncomfortable feelings I wanted to avoid. Now I’m more able to lean into those, giving me the chance to form real connections. I had no idea that by avoiding difficult feelings I was cutting myself off from good feelings too, and I now have a lifetime ahead of me to make the most of them.

I feel I’ve saved myself from a few failed marriages, ruined careers and potentially estranged children. Those things could still happen of course, but at least I’ll experience them knowing I did my very best to be honest with myself and those around me. I may even be able to find a little more peace and acceptance in such circumstances than I otherwise would have done.

I was one of the youngest in my Hoffman group, and I feel quite lucky to have been able to do the Process in my twenties. It meant I had the luxury of returning to an empty flat with no responsibilities and no children to worry about, which allowed me to take as much time as I needed to practice the Process tools and focus on self-care. It has also meant that my parents are still alive to appreciate any amends I may now want to make. 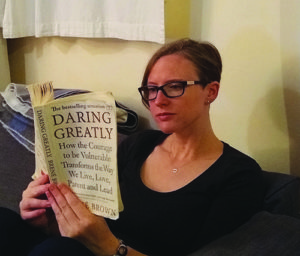 To be honest, I’m pretty bad at using the tools we learned on the Process, but the one I always turn to, even when I’m really struggling, is the quad check. That’s when you ‘check in’ with the four aspects of yourself that you learn to identify on the course; your emotional, physical, intellectual and spiritual self (sometimes referred to as your authentic self).

Prior to the Process, I was a pro at disconnecting from my authentic self. I‘d been a social chameleon, constantly changing and doing my best to blend in, avoid conflict – basically doing anything to ensure I was accepted. The quad check is one tool that I can sit down and do, no matter how loud my negative thoughts are. It reminds me of who I am capable of being and it reconnects me to that feeling of being whole and fine, just being me. Now, whenever I feel uncomfortable feelings creeping back in, I‘m reminded that it doesn’t really matter what I say or do, as long as it really is me talking and not my fear.

There are still days when I’m unsure if I’m really making better choices, but the great thing about the Process is it helped me trust that whatever effort I’m making is enough – and if I’d like to do more, it’s never too late.

The Process may not have made any obvious changes on the outside of me, but on the inside it has made a huge difference. The way I think has completely changed. I am better able to recognise the things that I can or cannot change and have a little more courage to change the things I can. I am more able to let go of things and live the life I want than I ever thought possible.

Since completing the course I’ve had more confidence and freedom to be myself. Whereas before I‘d have shrunk back, the Process has opened me to the possibility of ‘daring greatly’, to quote the inspirational author and speaker Brené Brown. Although I’m still a work in progress, I feel it’s NOW that I’ve genuinely started living.

Make sure you’re ready
The one thing I’d say to people interested in doing the Process is: make sure you’re ready. To get the most from the Process, you really need to want to do it. I certainly had my sceptical moments and there are still things that sound like gobbledygook to me, but I wanted to give it my all and I feel that‘s paid off.

Choose your moment
I came across the Hoffman magazine when I was 20 and wanted to do the Process immediately, already sick of living in perpetual depression. They say that the younger you are, the easier it is to change, due to brain plasticity and all that. However, I think I got more out of it by doing it slightly later, once I’d been working and living by myself for a couple of years. By that point, my negative behaviour patterns had had more of a chance to surface. It made it easier to identify what was impacting my life so negatively. By waiting until I had had a taste of independence, I feel I got the best of both worlds, because I knew myself just about well enough and had plenty of time and freedom for post-Process practice, but also an entire lifetime ahead of me to live my best life.

It will fast-track you – whether you’ve done therapy or not
I still refer to my life before and after the Process. In that week-long course I learnt more about myself than I’d done in ten years of therapy, and that’s something no one, not even myself in my darkest hour, can take away. Not that you need to have done therapy before doing Hoffman! Plenty of my fellow Hoffman buddies had never done any personal development work before coming.
Of course, I will always be a work in progress and I’m sure plenty of challenges await me. The difference now is that I feel I have the tools and resources I need to do this thing called life.