Matthew Pruen has been a valued member of the Hoffman UK teaching team for over ten years and his mixed heritage gives him a particular insight into conflict within cultures, as well as enabling him to support Process students with a similar background. His Hoffman training took him full circle to his homeland of the Lebanon where, in between teaching the Hoffman Process, he now delivers unique peace initiatives that reflect the Hoffman vision. 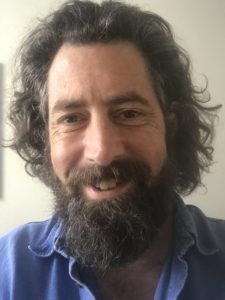 It’s a strange time in history to be half Palestinian-Lebanese and half English. Something of a split personality and doubt about fully belonging has accompanied me all my life, but never more so than in the years following 9/11. The English part of me has long since wanted to represent the beauty and wonder of the Arab world and the Arab side has more typically bathed in the creature comforts the West takes for granted. At least I think it’s that way round.

I was born to an Arab mother and English father in 1960’s Beirut. 15 years of blissful childhood ensued (interrupted only by the ignominy of boarding school in England from 8 years old). The beach, the food and a culture that really loves and celebrates children – heaven. Then war. 16 years of it!

Fast forward 25 years of very fortunate and comfortable refugee life in the safety of England and I found myself on the Hoffman Process, coming to terms with my childhood – boarding school and war included. As any Hoffman graduate will tell you, something resembling inner peace resulted and, for me anyway, a genuinely far more affectionate relationship with myself. Along with that came much more conscious decisions about how I wanted to live my life.

As a result, the beginning of my 5th decade was marked by a radical departure from my established identity as a Bristol restaurateur. I followed a long-felt hunch to train in Constellation Work, which looks at the hidden dynamics in relational systems, whether personal or professional, and my new life as a personal and organisational coach took shape.

Out of the Blue and into the Gulf

The years flew by until 2007 when I got a call out of the blue from Tim Laurence, the Hoffman UK founder, asking if I’d consider training as a Hoffman teacher. I was especially excited to accept as I’d heard that Hoffman UK were about to start Processes in the Gulf. My ‘hood. What could be better? Heading back to my tribe in the Middle East with all the Hoffman riches.

I attended a Hoffman teacher training in Bahrain in 2007, which, wonderful as it was, was as close to teaching the Process in the Middle East as I’ve got so far. The uprising there in 2011 meant that a steadily increasing and very welcome flow of Arab students started arriving at the Process in England instead. The ambitious plans for the Gulf are on hold for now – although I haven’t given up. 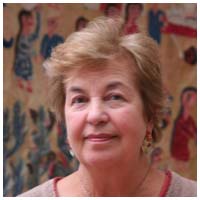 Healing the Wounds of History

Tim was also the catalyst for the next phase. This time he introduced me to a psychotherapist and visionary called Alexandra Asseily, which led to an invitation to run workshops at a conference in Lebanon entitled Healing the Wounds of History (HWH) in 2011. For me this was a life-changing experience; a chance to truly come home after years of ‘exile’ and low-level homesickness.

The conference has led to a rolling programme of three workshops a year and we’re going from strength to strength. The work we‘ve developed together has built on Alexandra’s life-long belief that only by healing the “stings” of our ancestral past can we interrupt the otherwise inevitable repeating cycles of pain in our part of the world – and elsewhere.

The Cycle of Transformation

For example, the most cursory look at Lebanon’s history shows a repeating pattern of war that crosses generations and centuries. The impact of the Crusades still reverberate. This, heartbreakingly, illustrates Bob Hoffman’s concept of the Negative Love Syndrome all too clearly at the level of the collective – our lifelong war with our own shadow, which in Lebanon, can sometimes mean the enemy.

In creating the curriculum, we drew on many different wisdom traditions and our collective work as therapists. Our primary intention is to support participants in finding forgiveness for themselves, their pasts and the significant people in their lives. It aligns with the Hoffman model: bringing awareness to the negative pattern, then expressing the emotion behind it until we reach a place of forgiveness and compassion that allows for new behaviour. The end result is to dissolve inner conflict, from which flows peaceful action.

The workshops have evolved from reaching primarily local, English-speaking NGO and peace workers, teachers and community workers to include a Facilitator Training which, delightfully, has meant that now we’re able to include Syrian refugees and other non-English speakers. All have established roles in supporting positive change in post-war Lebanon. Their contact with extensive networks of children and communities across the sectarian divide and even into the pop-up schools in Lebanon’s Bekaa valley refugee camps, make them ideal people to support the principles of self-love and the ancestral context that drives HWH.

It‘s felt incredibly rewarding resourcing people whose work impacts so many and nothing could have prepared me for how humbling and moving it was to be able to include Syrian teachers, refugees themselves, who had only recently fled the apocalypse on Lebanon’s doorstep. The refugee children, typically aged 6-8, need all the stability they can get and teachers, more than anyone, have a direct impact in this.

Lebanon has, willingly or otherwise, played host to millions of refugees. Some estimates suggest that up to 30% of its population are asylum seekers. This places an unimaginable burden on a country which has emerged from a similar hell itself only relatively recently. To put it into a UK perspective, imagine what the arrival of 20 million desperate people in the South East of England would mean. 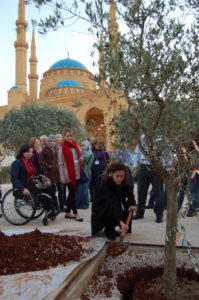 Planting the tree at the Garden of Forgiveness

Creating Community – The Garden of Forgiveness

The greatest symbol of hope, perhaps, is the creation of the Garden of Forgiveness. After a life-changing vision in 1997 Alexandra conceived of and brought to life this inspiring space. Located in an area of untouched archaeology going back into Beirut’s pre-history, the garden is surrounded, poignantly, by three mosques and two cathedrals.

The potential of this healing garden has yet to fully blossom into a space of peaceful reflection for all Beirut’s diverse communities, but already, in 2008, a group of women touchingly chose this spot ‘to bury their loved ones’ lost in 9/11, by placing their photos in the earth around a dedicated olive tree planted in the Garden of Forgiveness.

In 2007 I knew I wanted to take the Hoffman riches to the Middle East. It feels like we’re on our way.

A forgiveness walk is a practice we do on the Process, but even if you never get to Beirut or to the Process, it’s something that you can do wherever you are. Simply take a regular time to walk in an outside space with intention. With each step, feel appreciation in your heart for all that you have and all that you are, release and forgive any actions or situations that you may be holding on to and send love to those around the world who are in need. 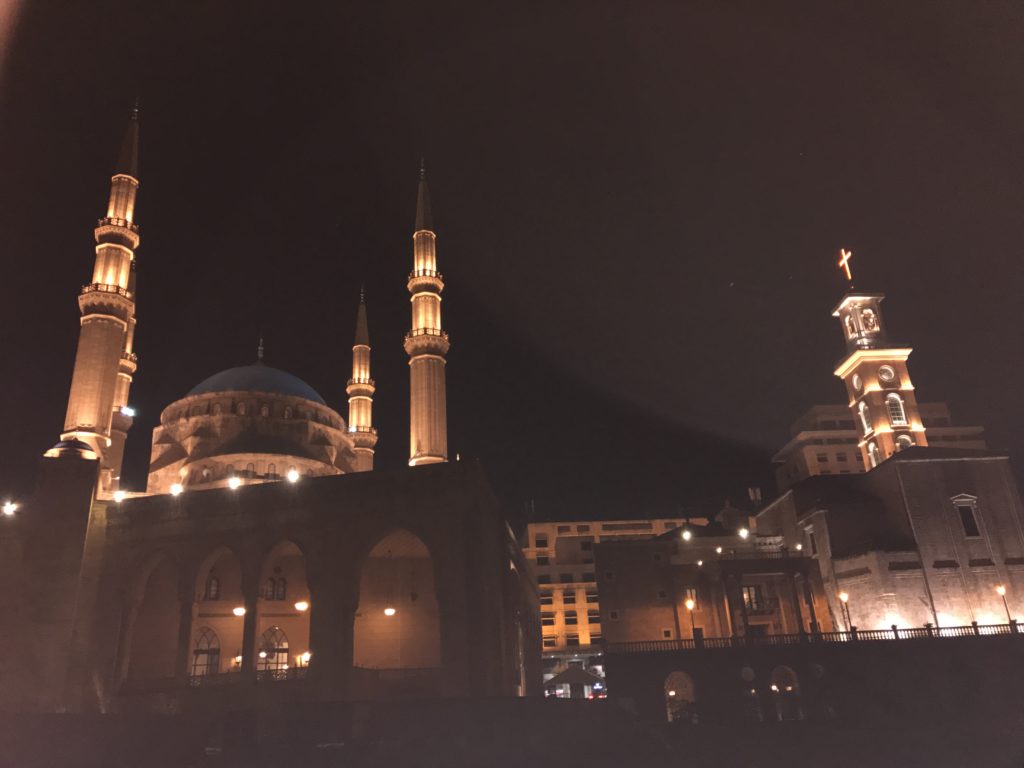