Boarding and Beyond, by Zoe Flint 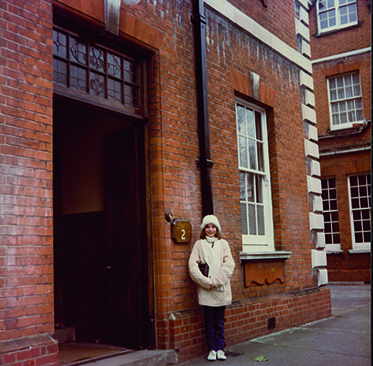 ‘If you don’t tell me what you’re upset about, I’m never going to know.’ This is what a boyfriend said to me years ago and it really struck a chord, despite being perfectly obvious.
Our plans to share a home had been foiled by his taking a job a long way away. I totally understood and supported this decision – he is an academic and only a few universities offer his speciality – but, unlike him, I felt insecure enough in the relationship to consider it a fatal blow. We stopped making the effort to connect and a wall between us emerged which we never managed to breach.

The feelings I was grappling with (clearly less discreetly than I thought) seem entirely understandable to me now, but at the time I was unable to accept them myself, let alone voice them to him. I am an incredibly chatty woman with a tendency to overshare, so it’s hard to believe I would have such difficulty communicating my feelings. I figure it’s an unconscious bluff; keep talking and I won’t have to say how I actually feel.

It was the breakdown of this relationship that led me to Hoffman, for which I am grateful. I have since wondered whether it was particularly torturous for me because of a similarly long-distance relationship I had with my parents as a child.

I went to a boarding school for girls which has long since closed. The fees were means-tested so my conscientious parents, doing what they thought best for me, could afford to educate me at an independent school for a fraction of the usual price. I was put in house 2 and allocated a number, 11. My housemistress was kind and quiet and drank a lot. If we ever needed to talk to her, we did so in a cloud of cigarette smoke while she sat in her chair, smiling and coughing, never really engaged. Contact with parents was forbidden in the first month and thereafter discouraged other than by letter. There were two payphones for 300 of us which were often monopolised by the same tearful, homesick girls. 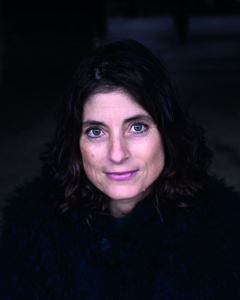 Nick Duffell, psychotherapist, author and founder of Boarding School Survivors (www.boardingschoolsurvivors.co.uk) talks of the ‘strategic survival personality’ boarders construct. We repress our feelings and build strong defences. ‘In the security of these institutions we learned to do without our parents, but also to disown our fears and our needs.’

I was hungry. I remember going to sleep in my dormitory of 18 girls with my stomach rumbling, and walking up and down the long trestle tables at which we ate asking for leftovers. I know – it all sounds a bit Dickensian, but it’s true. In the first year I ate my breakfast cereal with a fish knife, there being a shortage of spoons and me being the youngest in the house. Later I took matters into my own hands and decided to eat just one thing a day for a whole term, losing about three stone in as many months. This went unchallenged (it was the 80s) and I somehow muddled through. I continued to turn my emotions in on myself and not speak up – a pattern learned early in childhood but certainly further embedded at boarding school.

I did the Hoffman Process in my 40s and saw for the first time that I was entitled to all my emotions, whatever they were, and that what I did with them was important. I learnt how to welcome my feelings, to give myself time to process them and, if helpful, express them in a healthy way. There are times now when I consciously and unashamedly parent myself; the childlike part of me feels comforted so my adult self can get about its adult business in a clean and unfettered way.

At boarding school I was told I was complacent and cavalier, and once that I had a hole in my head where my brain should be – quite a statement! On the Process I really knew that I was fundamentally OK, and this is the assumption under which I now operate. It feels different and wonderful. I am now better able to focus on the positives: I loved the camaraderie of boarding and enjoyed some incredible friendships that continue to this day; I took refuge in the music practice rooms and became a competent classical musician which has given me much pleasure ever since.

Sometimes I imagine the thoughts supplying the non-stop narrative in my mind as instruments in an orchestra. Yes, the bassoon may be parping away, reminding me that once again I’ve said or done the wrong thing, the solo violin pitiful when I’m playing the martyr, but since doing the Process, I now have soft flutes and warm cellos, a harp and a marimba (my favourite), and occasionally an entire brass section to champion me when needed.

Post Process I am much less anxious, and this is measurable in concrete ways: I can now take in everything I read rather than drift off in thought; I make straightforward decisions without deliberating for hours; I am able to enjoy stillness and silence where before I would maintain constant activity. As Nick Duffell puts it, ex-boarders may ‘retreat into workaholism, unaware of the suffering that this masks’.

I am a work in progress, still disassembling some habits and attitudes that have given me the illusion of safety for decades, but taking more and more time just to do nothing, feel how I feel, and know that it is OK.

If you’ve been affected by your experience at boarding school and are wondering whether the Process is for you, we’d be happy to speak with you about the role of ‘surrogates’ on the course. Email enrolment@hoffmaninstitute.co.uk and we’ll book you an appointment. The websites www.boardingschoolsurvivors.co.uk and boarding concern may also provide useful advice and support.