Moving On – An Emotional Reboot: with Sam Obernik

Singer songwriter Sam Obernik had a global dance smash with the song ‘It Just Won’t Do’ by Tim Deluxe which launched her career as an in-demand vocalist. Despite her creative success, her adoption as a baby created issues that were hard to move on from – until she did the Hoffman Process in June 2012. 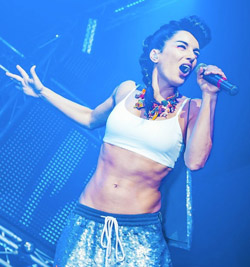 I was always aware that I was adopted at birth and I grew up with a sense common to so many adopted children of ‘I don’t belong’. I was also an only child until I was 14 when something happened which marked a significant milestone: my parents adopted a baby boy. Shortly after his arrival I went to stay with my grandmother in the Canary Islands for a term and it was there that my desire to become a musician was born. When I got back to Dublin I started busking and I found an agent who helped me develop my career as a singer/songwriter.

Over the years that followed I travelled all over the world and had a son myself. After his birth I felt a great need to find my birth mother so I contacted Norcap and other agencies. It was no easy task and although I eventually managed to correspond with an aunt, I never knew if my letters were passed on to my birth mother or not – certainly she didn’t get in touch.

In 2008, when a family conflict came to a head I decided to go into one to one therapy. There I realised that family issues were eating into my self-confidence and my sense of purpose. Finally a series of difficult events brought things to a head: my son was reaching the point where he was ready leave home, I had a falling out with a close friend and this was topped off by my birthday which is always a sensitive time. I always feel that my birth mother will be thinking of me on that day, which triggers a lot of emotions. My GP offered me anti-depressants which I didn’t want to take, then a friend of mine who had recently done the Hoffman Process, mentioned that it could be very useful for adoption issues.

A Leap of Faith

I rang the Hoffman office and managed to get a cancellation so I was able to get onto a course just a few weeks later. I’m a great procrastinator so the only way to get myself there was to do it relatively quickly. I was scared but I felt that I needed to take a leap of faith and trust that I’d be caught. Before doing the Process I felt that I was pretty self-aware but once I got there I realised how much my behaviour and my patterns of emotional reaction had created this outer facade that people thought of as me – but inside it was quite a different story. Outwardly I always looked like I was coping, but inside I was struggling. 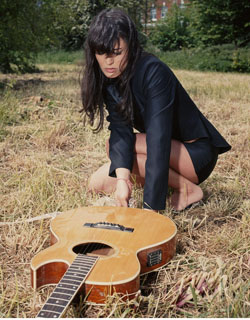 On the Process you have to look at your parents’ patterns and how you’ve reacted to them; whether you’ve copied them or rebelled against them or set people up around you to re-create them in your life. I found the work with my mother’s patterns particularly challenging. I connected straight away with a newborn part of me that felt very isolated, shocked and helpless but my Hoffman teacher was very supportive. The part of the course which asks you to connect with your mother and her childhood was doubly hard for me as I had to do it for my adoptive and birth mothers but looking back that was also the turning point.

In the past I’d tried to accept my childhood and adoption but I’d never been able to move on from that point, whereas the Process takes you on a journey that is meticulously planned, so we moved seamlessly from acceptance into compassion. As I was finally able to look at my mother through the eyes of acceptance and compassion I was also able to find a way forward for myself.

Compassion is a key that I have taken into my daily life since the Process. I’ve always felt able to discuss things with my father but now it’s opened up a new way of connecting with him. I also find that I deal with conflict differently and more effectively.

The greatest gift of the Process has been a new level of awareness. It’s a tool I can’t switch off. It means that I’m less caught up in emotion and I’m more able to consider the other person’s point of view. In the past I would have just reacted but now I ask myself why I’m reacting in a certain way or how this will affect the other person and what consequences it will have for me.

During therapy my key issues were sadness and feeling unsupported, so doing the Process in a group and sharing accommodation was very challenging. It made me aware of how important it was to be witnessed and to appreciate the give and take of a group and the effect we have on others. One of my patterns was being unable to ask for help but I learned to do that with the group, one of whom has since become a good friend. There was also a lot of fun on the Process – particularly towards the end of the course. The collective contagious laughter was a wonderful way to decompress after the earlier drama – it reset the emotional button and served as a reminder to take myself less seriously and to be more sociable.

The Process wasn’t the magic wand I’d been hoping for, nor was it an easy journey, but it has certainly been worthwhile. Rather like a snowdome, it shook everything up and now the flakes are settling around me. I’ve needed patience and the change has been little by little. From the start I’d felt a sense of frustration which stuck with me throughout the Process and for a time post Process too. Even with the accceptance and compassionate understanding excercises, and using various Hoffman tools, the fact is, that as much as I would sometimes like to, I had to accept that I cannot change anyone. I can only keep moving forward with my new understandings, and hope that the influence of my new behaviours on others may allow for a freer life.

Walking into the Process is like walking into a Harry Potter film. Everything is packed away but then it starts to fly off the shelves and demand your attention. Since I left the Process I’ve spent time doing emotional and physical housekeeping. I’ve been chucking out stuff I never thought I could let go of and filing away other things in a new way. Before the course I could never have let go of half my past clutter – in more ways than one. Perhaps because what the Process has given me above all, is faith in the future.

Connect with Sam and find out her next concert dates via her website: www.samobernik.co.uk