A Life Full of Patterns: with Tim Laurence

A foundation stone of the Hoffman Process is building an awareness of the patterns that run our lives. Here Hoffman UK founder Tim Laurence explains why it’s so helpful to identify our patterns, where they come from and the easiest way to unravel them. 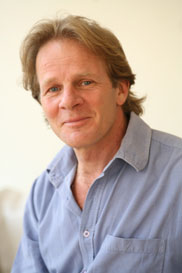 The first time I heard the word ‘pattern’ to describe human behaviour was when I was walking into a New Year’s Eve party with a book under one arm. The host came up to say hello, saw that I was carrying a book, and remarked with a smile: ‘Aha, I sense you have a pattern of being easily bored’.

He said it in such a friendly way that I didn’t get defensive but laughed and admitted: ‘Guilty as charged’. Yes, that was indeed an established pattern of mine, especially if I felt obliged to turn up to a social occasion. I reckoned I could always hide upstairs or in the garden with a good book, if the going got boring.

My host, I found out, had just done the Hoffman Process. I joined him and a circle of his friends who were discussing each other’s behaviour patterns. One was asked if he had a pattern of playing helpless; another if he was a control freak. With friends like these, I wondered, who needs enemies?

But I was fascinated. Looking back, I realize how gently they were encouraging each other to become aware of what was holding them back from getting more out of life. It’s not you personally that’s to blame, it’s a compulsive pattern. Find that out and you have a lot more choice in life they were saying.

How Do Patterns Work? 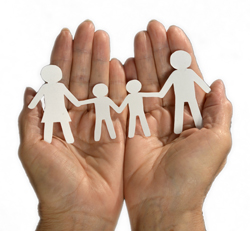 Of course, who we are is so much more than the sum of our automatic knee-jerk patterns. We are creative, joyful, energized, silent, wise, passionate and loving. Yet time and time again we get held back by behaviours that jump out from us – ways of being such as the victim the martyr or the one who’s ‘always right’, ways of thinking such as critical or skeptical, ways of feeling such as angry or depressed.

Bob Hoffman summed it up when he said: ‘Better to rule a pattern than be ruled by one’.

So why are they there? We usually learn them as children when our brains are at their most ‘plastic’ and receptive. We adopt a certain set of behaviours growing up from our parents and others so that we can survive and hopefully thrive. If a parent is very optimistic, we’ll in turn either copy that positivity or rebel and become pessimistic. A critical parent, on the other hand, breeds either a critical child or one who is over-tolerant. This being our family, it becomes all too familiar and hard to break, when it’s repeated over and over again through those formative years. Our brains form neural pathways which become set and over-used. It’s like always walking across the grass the same way – a path forms and becomes deeply entrenched.

Our Most Common Patterns

What do we Hoffman teachers see? Well, in the Process, the annual top rankings invariably contain low self-esteem and its close relative, feeling not good enough. These can be the drivers of either perfectionism – ‘I must get it right’ , on the one hand, or its opposite, resignation – ‘What’s the point in bothering?’.

There’s also quite an epidemic of feeling numb, shut down or emotionally cut off. No prizes for guessing that this is more common in men than in women. Invariably, both men and women share big patterns around relationships: often fearing abandonment or, in a strange way, setting things up for rejection – ‘See, no one’s really going to love me’ Which is why Bob Hoffman often began his pattern search by enquiring: “So, how’s your love life?”

All patterns, whether it be anxiety or over-control, pleasing others or withdrawing from life, stem from a deep, vulnerable and hidden sense of, “Am I OK just as I am, or do I have to prove myself?”. It began as a child when we were more vulnerable and depended on others for love and approval.

How do you recognize a pattern? Often they can be sensed in the body – you lose your sense of calm and begin to worry and fret which shows up as a tightness around the temples or butterflies in the stomach. It’s well worth watching your breathing as it often becomes shallower as you head into pattern city.

How To Unravel Your Patterns

So we know the problem. What’s the solution, you ask, especially if you’re serious about changing your behaviour. Well, the Hoffman Process has four clear steps to change:

The first is Awareness. You may need help in identifying what’s right in front of your eyes. You certainly need to learn to become aware with gentleness, as beating yourself up for being a certain way is not starting things off on the right foot. Say to yourself kindly, ‘Oh, there I go again. It’s just a pattern.’ Breathe.

The next step is a healthy expression of what’s been controlling you. This could take the form of writing a journal or sharing with a trusted friend, a ‘benevolent witness’. If it’s really emotionally charged, for instance you’re totally fed up with the sense that you’re alw

ays to blame, let out the frustration through running, or having a good shout, or even punching a cushion.

Healthy expression leads to a conscious forgiveness of yourself and others for past mistakes, and a resolve to learn from those. Remember, you don’t have to condone the acts, but you needn’t condemn yourself or other people for what happened due to automatic, compulsive behaviour patterns.

Finally, you have the chance to learn and then act with new behaviours. You can take your innate positive qualities, those of your essential or authentic self, and build on them. They say it takes around 30 days to make a new behaviour really habitual. So, for 30 days do something differently. Get up earlier to prove your own choice of ‘mind over mattress’. Start a journal or a sketch book. Hoffman graduates can use specific techniques like the Quad Check (body, thoughts, feelings, message from spiritual self), Recycling or Visioning.

If you’re a perfectionist, challenge yourself for 30 days to leave things undone or in the hands of someone else. If procrastination is the name of your game, list the ways you’ve suffered as a result, crumple or burn the list with a sense of release and set yourself some firm deadlines.

Life is a precious gift as it throws so many opportunities for growth our way – or ‘FOGs’, they have been called – where the O stands for Opportunity and the G for Growth. I’ll leave you to figure out what the F stands for. So let’s make the most of this life, learn to take back control of our patterns and become what we’ve always been – loving individuals, here to make the world a better place. 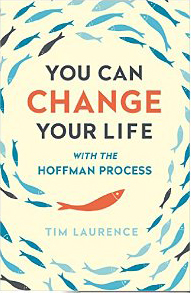 Ways to Unravel Them

1. Check in with yourself– what am I feeling, thinking or physically sensing
2. Know your ‘red flags’ – feeling run down, taking on too much and so on
3. Get out and use your body – walk, cycle, run, dance
4. Write it down
5. Share it with a friend
6. Forgive yourself
7. Do something different. Starting now.

Tim Laurence is author of the book about the Hoffman Process: ‘You Can Change Your Life’