A leap of faith, with entrepreneur Steef Versprille 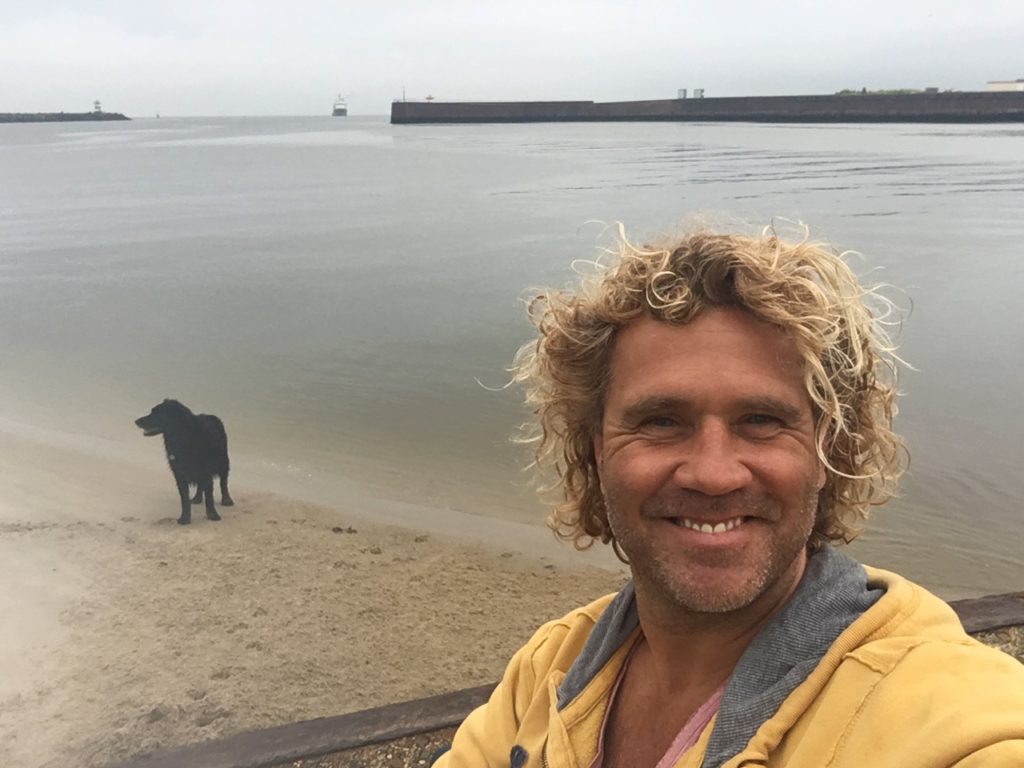 I was born and raised in Holland and now spend my time between Fuerteventura in the Canary Islands and the Netherlands, where I run my bungy jump, zipwire and extreme sports business.

I’m happily divorced and in a second marriage. My relationship with my ex-wife is very good; we work together and both have strong relationships with our two sons, aged 18 and 21. My current wife and I also have a baby son, who I can’t get enough of. We all get along very well. That didn’t happen all at once, but we each worked hard at it – and all three of us have done the Hoffman Process!

I didn’t have a very happy childhood, but who did? Having an aggressive and violent father made my childhood road a bit bumpy. Growing up in an unsafe environment led (in my case) to my being aggressive and very suspicious. I remember having spells of what I now recognise as unprocessed anger. At the time I just felt this as a hollowness, an emptiness – not always present, but nagging – that I carried around with me. A feeling of ‘something missing’ that I couldn’t understand, from a really early age and especially around the ages of 11 or 12. 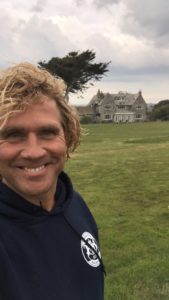 As a young man, I went to college and then on to National Service, as was usual in Holland. Because of my anger, I was violent. Playing rugby and boxing helped me to an extent, but it wasn’t enough to dissipate the anger completely.

I tried various jobs and ended up in all different levels of society, high and low, having to deal with all kinds of people. The one constant was that I’ve always loved being outside in nature. I was a catamaran sailing instructor on the North sea, then a commercial deep sea diver, which I thought would be a macho job with a really cool costume until I realised I was basically a well paid underwater construction worker. I became Jack-of-all-trades and master of none for a while.

I spent so much time, particularly as a businessman I think, behaving like The Very Hungry Caterpillar from the children’s book by Eric Carle. Whatever I actually had each day was never enough – as soon as I had ‘eaten through’ one successful experience, I immediately moved on to the next one, that I wanted to be bigger, more fulfilling, more impressive. I got into the trap of defining success in terms of things and money, possessions, praise and power, and couldn’t get enough of them. Measuring up in those ways is a mindset mainly encouraged by society, which made it even harder to realise the emptiness of it. The Hoffman Process really helped me find my way through that way of thinking.

Then my youngest son (11 at the time) was diagnosed with a fatal kind of cancer. Luckily, after 3 months of screening, the diagnosis turned out to be wrong, but only after he was operated on to remove a big tumour. During this episode I got to appreciate what was really important. I also learned a lesson that I like to share: When we are healthy, we have a thousand wishes; when we, or one of our loved ones are not, we have only one wish.

My life had been tipped upside down, and I still had this nagging, angry hollowness – but now also combined with fear. As we all know, fear and anger are like Siamese twins.
I searched many roads and tried many therapies, mentally and physically – psychotherapy, behaviour therapy, circular breathing sessions, craniosacral therapy, ayahuasca rituals, meditational healings, etc. But despite all the self-examination, all of the learning and ability to rationalise the workings of the mind that I gained from my work in Transactional Analysis, despite all the therapy and God-knows-what-else sessions I did to get rid of these feelings, the nagging, angry, scared hollowness was still there. 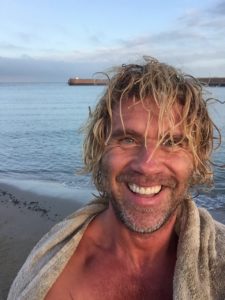 It was an estate agent, of all people, who brought me to Hoffman. We were making chitchat during a real estate purchase, as one does, and he told me about this training that he’d done called the Hoffman Process and how it had changed his view of life drastically. He was very brief, but very clear! It went over my head at the time, but somewhere a seed must have been planted. About two years later, when the same ticklish feelings came back, I suddenly found myself trying to track down the same estate agent – who by this time had completely forgotten who I was – to find out more about the course he’d mentioned.

When it came to the Process, I thought I was mentally prepared; I figured I was approaching the course with a completely open and ready mind, ready to leap right in. When I eventually found myself in Florence House faced with my facilitators, Matthew & Mairi, I had this almost unstoppable urge to run out of the door and never come back. I am very glad I didn’t!

The main gift of the Process for me was that it allowed me to reconcile my relationship with my father. Before the Process, I felt that I hated him every day. I didn’t know the Process would change that. I also didn’t know that my feelings towards him were hurting me so much. I didn’t realise that there was any work to be done on this. I just thought that this was the way it was.

In allowing me to work through those feelings, the Process led me to finally understand what was at the root of the rage I was carrying around with me. I can now think of my father with compassion and love. When I think of him now, I think happy thoughts, no longer with the hurt that used to go with the thought. Of course I remember the things he did, but I see them now as events that have passed. The biggest difference now is that it doesn’t hurt me anymore.

I am proud of what I achieved during and after the Process. I’m so incredibly happy to be calmer and to be coming from a place of love instead of rage. And I’m even prouder that I had the guts to go to the Process in the first place!

Of course shit happens in life, that’s what we’re here for. Every time I think ‘now I know it all’, or ‘now I have everything under control’ or any of those sorts of platitudes, then more shit happens. It’s almost like a test. Of course I still get angry sometimes, but the big difference now is that when I find myself thinking ‘I am angry,’ I can push back against that thought and not let it define me. I might be feeling anger, but that feeling can just pass on by. It’s no longer what I am.

It’s a few years now since I did the Process. It was an irreversible experience, and one that finally made me feel worthy and good enough after years of fighting fear and shame. I’d happily recommend it to anyone – and frequently do!