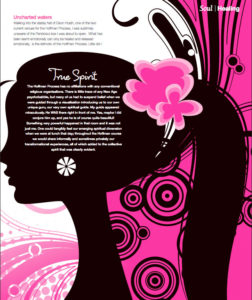 An excerpt from Susan’s full article, which originally appeared in Natural Health Magazine

“I knew something had to change. And then I heard about the Hoffman Process, so I took the plunge by signing up for their eight-day retreat. This process definitively explained to me why I had been behaving with such self-destruction. The negative conditioning that occurred early in my life resulted in the type of self-defeating behaviour patterns that I had been trapped in for years. Learning to recognise and acknowledge these self-limiting patterns we adopt from our parents, surrogate or otherwise, is one of the fundamental tenets we were to often painfully experience during the retreat…

My experience of the Hoffman Process was at times deeply harrowing and at best truly miraculous. It is a relentless process. There is no respite and nowhere to run. We all at some stage cried — for me it was a daily occurrence. There was a fleeting moment in the initial stages when I wanted to quietly pack my bags and go. I am delighted I did not lose faith. It was a journey of a lifetime, a rite of passage, and I can say with hand on heart
that my feelings for emotional cads — past, present or future have totally changed.”