When you think of your childhood home, was it generally stable or was it fragmented? Perhaps a significant event marked a major upheaval. Maybe a parent left due to a work posting, illness, divorce or bereavement. Perhaps a sibling was sent away to school, the family moved overseas or you were fostered.

Home is our formative environment and our expectations come from the picture of the world that we create within us when we’re young. In the same way that we form habitual behaviours in response to our family, we may also do so in reaction to an institution that has played a significant role in our upbringing, such as a children’s home, a hospital, a religious community or a boarding school. Here is one person’s view of boarding school and how the Hoffman Process helped him to uncover and integrate its legacy.

What does it mean for a ten year old boy, barely four foot tall, to leave home? What does it cost him to fit into the systems of an institution? 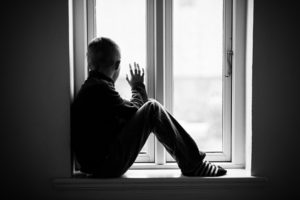 Boarding schools, those peculiarly British institutions, play a significant role in the moulding of current and future generations. They promise academic success, the development of potential and the prize of a ‘good job’ at the end. At least, that’s the story with the happy ending. This is my experience of what it meant to grow up in this environment and to call school ‘home’.

‘Home’ can feel like the whole world to a child. The unwritten rules of the family are followed as naturally as breathing and when this system is disrupted it can be upsetting and confusing. Soon after my 10th birthday I went to boarding school. From the safety of home it seemed an exciting prospect. I was flying the nest, following my older brother and growing up.

A few days into the school year the sense of loss hit. School had become everything and the security of my known world was shattered. As a boarder I woke up in a shared dormitory, ate meals in the dining hall, studied in a classroom, played in a games room and fell asleep in the same dormitory. Every aspect of my life was defined by school.

In the 1980s the image of boarding schools as fearsome places where fagging was the norm and staff were the dictators of their domain was changing. The threat of violence was nevertheless constant. Prefects had power and the freedom to exert it as only young men know how. Staff still used corporal punishment, or the threat of it, to maintain order. The pecking order of seniority was firmly established and bullying could be relentless and unforgiving. To stay safe I learnt to adapt. I followed the rules and studied hard. I made myself small and unthreatening and, when violence erupted, I absorbed the pain and made myself smaller. A new normal was established.

If school replaced home then teachers replaced parents. Every year a new group of children arrived as a group of young adults departed. Our safety and security was managed with universally applied rules and expectations. The very best teachers inspired a lifelong interest in their subject, but as children caught up in the academic cycle what space was there to feel uniquely cared for?

Behind the school gates who is there to notice the ups and downs, to meet the often unexpressed needs, to soothe and hug? What space is there for spontaneous and unabashed playfulness? In a crowd of faces what chance is there for that which is unique and special about us to be seen and nurtured?

The longing for home was strong. One Sunday I convinced myself that my parents were coming to visit. Throughout the day I returned to the window, looking to see if the car in the street was theirs. By the end of the afternoon I‘d swallowed the disappointment and stopped looking. The hoped-for reprieve didn’t come. 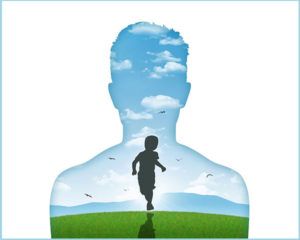 The physical changes of adolescence are dramatic and personal. Shared dormitories and shower rooms and a backdrop of corporal punishment and medical examinations, meant this very personal transformation was exposed and laid bare. The attitudes and beliefs of the institution shaped my understanding of my physicality and emerging sexuality. The realisation that I was gay came with the understanding that this was something to hide. Boys observed and judged each other, looking for any indication that someone might be ‘queer’. The way that a boy walked, sat or talked was scrutinised and judged. The consequences of not conforming were harsh and unforgiving.

If we are threatened our instinct is to turn and run, to find a place of security and rest. If we are upset, we look for help, to be healed and comforted. If these possibilities are denied us, the threat, the hurt and the control permeate us and come to define us as much as the colour of our hair.

I learnt what was needed in order to stay safe, buried what needed to be hidden, left unsaid that which couldn’t be voiced and evolved in response to my environment. I got the grades, started work and became an adult.

I said this a lot. I wanted what had been there to be what was right. I’d passed each academic checkpoint, followed the rules, showed up on time, been a team player and paid the price of fitting in. I’d enjoyed apparent privilege and opportunity, so why the deep sadness? Why the anxiety and sense of loss? Why my fury?

When I arrived at Florence House in Sussex to begin the Hoffman Process much of my story was hidden. The need to collude with the family mythology had kept the lived experience locked. But that week I fought for my 10 year old self. I gave him a voice to scream and set his body free; I found him a safe space to play, to be creative and spontaneous; I held him and loved him. The Hoffman Process taught me that I’m not my patterns and bit by bit I stripped them away.

Wrapped up in 8 years of institutionalised upbringing I found myself.

Thank you to Michael for sharing his story. Another Hoffman grad, Zoe Flint, has also written an article about the ‘strategic survival’ techniques employed by many boarding school attendees that you can read here.
If you’ve been affected by this article or are struggling with issues arising from your time at boarding school, the website Boarding Concern is a great resource: www.boardingconcern.org.uk