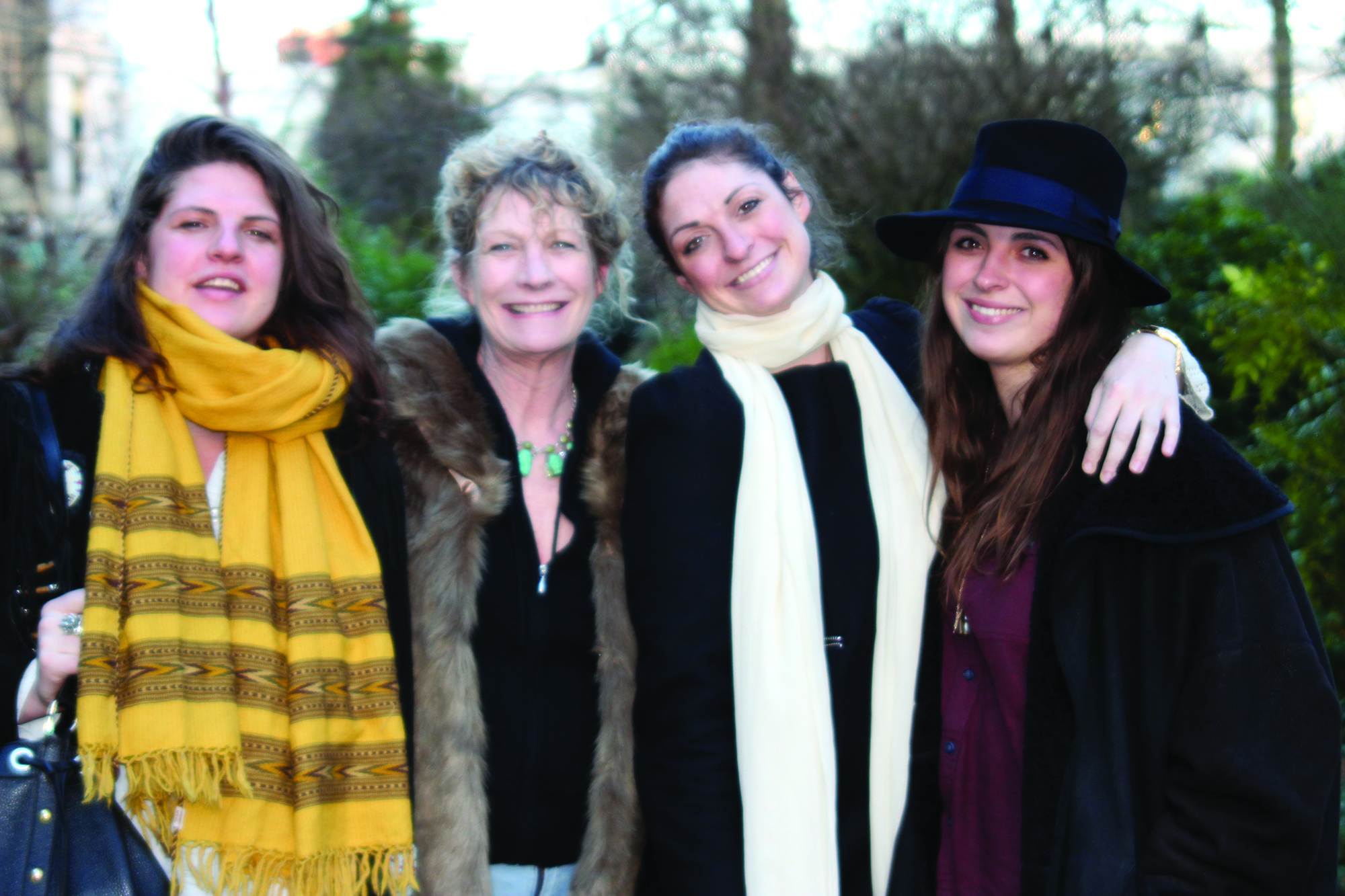 On a cold, wet February afternoon I met up with the Jacouts: mother Rikki who lives in Bath and three of her four daughters, Tiana, Lalie and Noemie, who have all done the Hoffman Process. They are all strong, independent women who have found different and original ways to express their creativity. Tiana is studying acupuncture. Lalie has started the Wandering Chef, a pop-up restaurant. Noemie is an aspiring film producer. Rikki, having recently celebrated her 61st birthday, is about to tour Italy with a clown workshop.

First of all, I was interested to find out how each would define their particular family role. Noemie considered herself ‘daddy’s girl’ and the peacemaker who ‘made a bee-line to the person who was the most upset and tried to fix things’. Lalie nominated herself daddy’s girl too, but also the politician and entertainer. Tiana, who spent two years in India, claimed the role of the rebel, the troubled soul, ‘the one who got away with everything’. Rikki? A self-confessed rebel clown. As a family group, they regard themselves as intense, possibly overwhelming. ‘We’re like Marmite; you either love us or hate us’. They all included Noemie’s twin sister Chloe in their conversations; Chloe hasn’t done the Process, but they all feel she’s experiencing its benefits as a result of the shift in each of them. ‘Through us changing, she’s changed a lot. And by using some Hoffman techniques, we can all move through stuff a lot quicker.’

I asked them if they had had any special insights about their parents on the Process.

They all agreed that it was a powerful moment for each of them to see their mother and father as young children. Lalie ‘saw that every adult has had a childhood that affects them just as deeply as we feel ours has affected us’. For Noemie, it was the first chance to put herself ‘in their shoes’ and understand how difficult it must have been for them. For Rikki, whose own mother is no longer alive, there was an additional generational perspective. ‘Remembering my mother with my girls, how she physically held them in a way she didn’t with me, made me realise how my vision of her was clouded by the negative.’ Tiana summed it up brilliantly, ‘In the end, the people who screw you up in the first place are the same people who help you get out of it’. Yet for each of them, their own personal stories were very different – so much so that Tiana laughed, ‘Gosh, Lalie, did you have the same mother as me?’ 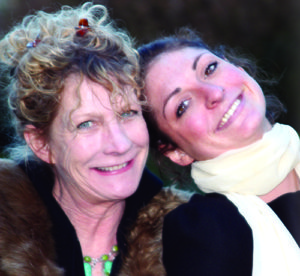 What changes in their relationships did these insights bring about?

‘Everything now just seems to flow with ease,’ says Rikki. ‘Big knocks are just part of life, not personal. Now I can speak my truth and say when I’m feeling vulnerable. I loved my mother and spent more time with her before she died and she was difficult! I know her attitude was a defense mechanism and not directed at me. My kids are my greatest teachers. Just because I’m older doesn’t mean I’m wiser. I’ve got a wonderful relationship with my daughters and I’ve dropped any neediness to be part of their lives.’

Noemie saw a huge change in how she reacts to her father. ‘I’m now able to enjoy him for being himself. Hoffman allowed me to let go of an expectation of wishing he would change, and now I’m able to just be in the present with him, which is a huge gift. Why condemn yourself and your family to a lifetime of issues, when for the small price of the discomfort of working through these, you and your family can lead an infinitely more happy and interesting life?’

Tiana also found her relationship with her father greatly improved, as well as the rest of the family. ‘We have always been a clan, but we now listen to each other. We give each other the time to process things. The arguments never last long and they usually end in us laughing. Being less attached to our egos makes for some genuinely hilarious moments of insight. I also now live with Lalie; the bane of my childhood, and now my best friend. We’ve only had one disagreement since we moved in, and it was over cleaning up!’

Lalie agrees that family conflicts are resolved more easily, and often with laughter. ‘We “Hoffman” the issue and, more often than not, it’s remedied far faster. Now we’re partners in building each other up and creating an emotional dynasty!’

How about relationships outside this charmed circle of intelligent, vibrant women?

Rikki has found that she is able to take responsibility for her actions and stop playing victim to her ex-husband.

Noemie has noticed that she doesn’t take everything people say to her as a personal slight, ‘I’m much less desperate to please and have learned to validate myself, which has really changed my life.’

Lalie’s still working on some relationship issues, ‘I am still ‘hit and miss’ in my choice of gentleman suitors.’

Tiana says, ‘The Hoffman Process has blown open the doors to connecting and understanding people and what drives them. It has made me much more patient. I’ve become such a believer that everyone is fundamentally good, and trying their best; they just need a little sympathy and empathy. The phrase “Oh God, I think I’m turning into my mother” is something I hear all the time. What I think the Process can teach people is that you don’t necessarily have to become your mother. If you are in full control of yourself, you can have more of an ‘opt in/opt out’ attitude to inheriting things from your ancestors. That attitude would create a world of present and self-possessed individuals. What a world that would be!’

This article was taken from the 2015 issue of Hoffman Magazine. We decided to catch up with the Jacouts in 2018 and were delighted to reconnect with sisters Tiana (about to launch WomanFest),  and Chloe, who is providing aid support to refugees in Calais. Click here to read Tiana’s feature and here to read Chloe’s.