A Life Worth Living, by actor and theatre company director Rob Dennett 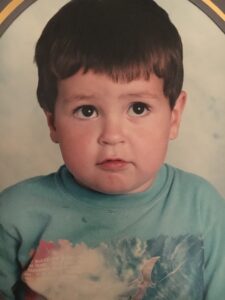 My earliest memory is being 5-years-old, sitting in the back seat of my Mum’s silver Ford Escort and watching her drive. Because that’s who I was, an observer. Or at least, that’s who I remember being. I watched the world unfold around me and never quite fully understood what it was all about. Childhood was a confusing time and after the separation of my parents a year earlier, I started to feel like I didn’t belong. That I was different.

The more I interacted with the world, the more confusing it seemed to be. So I continued to quietly observe with the hope that I would somehow make sense of it all. But I couldn’t. The majority of my childhood memories are filled with the moments waiting for my Dad to arrive, knowing that although he would try, he would often forget. And though my parents tried to protect us, the divorce was far from amicable and I remember feeling that it was somehow my fault. That I was broken. A burden.

Exacerbated by a number of other difficult events, this shame continued to escalate until, at the age of 12, I was mugged and decided enough was enough. I made the conscious decision that as the world was so volatile, I would be too. And so began the spiral of destruction. Acting out, substances and an uncontrollable anger that spilled out whenever the opportunity arose. And with each rage-filled outburst, the shame expanded.

It was at this point that my parents realised that I was out of control and thus, at 14, my therapeutic journey began. My resistance to therapy only increased as I went from therapist to therapist: Gestalt, Cognitive Behavioural Therapy and everything in between. I tried it all. But the anger and shame remained. Thanks to the support of my parents, teachers and friends, I managed to get back on track just enough to pass my exams and go to university. 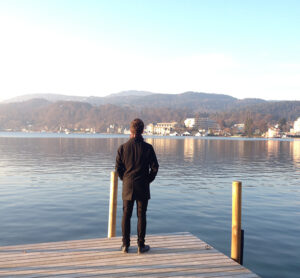 Once I arrived, I did everything in my power to recreate myself. I wanted to be powerful, masculine and worthy. So my focus switched to drinking as much as I could and desperately searching for attention from the opposite sex. Inevitably, it didn’t fill the void.

Then, as the first week of my final year at university came to a close, I received a phone call from my auntie that changed my life in an instant.

After anxiously awaiting the results of the postmortem, we finally discovered that it had been a stroke and it was – thankfully – likely to have been quick and painless.

In the days that followed, nothing felt real. My father and I had had a strained relationship over the years but six months earlier we had finally found common ground, respect and love. But then he was gone.

This woke me up. I realised that life had to change. So, with this new sense of desperation and fire, I obtained a place at a drama school to train as an actor. An emotionally challenging training, mixed with crushing grief and being in one of the most unstable, challenging industries available proved to be too much. 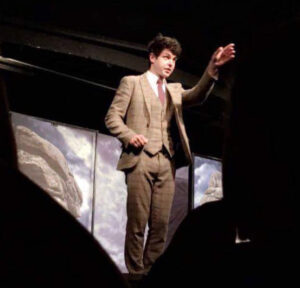 Three years after completing drama school, having worked as a jobbing actor alongside every other side job imaginable, I was gazing into the abyss. I’d been at the theatre with one of my closest friends and any sliver of joy I had left was gone. I stared over the edge of Waterloo bridge, devoid of hope, questioning whether life was really worth the trouble. When I confided in my Mum, she understandably panicked and, after looking for something that could help, she suggested Hoffman. I was completely against the idea. I’d done hundreds of hours of therapy and failed. Not again. Never again.

But it dawned on me that I needed something, anything. So I conceded to my Mum and signed up to the Process.

The Process week was the first time in my life that I truly felt I was allowed to be who I was, to be accepted and loved just as I am. It was wonderful. I didn’t need to change anything about myself to be loved. I could just be – and that was enough.

For the first time it occurred to me that ‘maybe I’m worth saving’ and ‘maybe it could actually be possible’. It gave me faith and hope that I could build a future that I could really look forward to. That maybe life isn’t this dark, unforgiving sentence but instead something that could be joyous, peaceful and even magical.

After leaving the Process in an almost euphoric state of optimism and hope, the journey of integration began. I slowly came back to earth and realised that if I wanted a better future, I had to work for it. So I started to recalibrate my life.

After waiting the recommended amount of time before making ground-breaking life changes, I began to reassess what was healthy for me and what wasn’t. Unsurprisingly, much of what I saw was in dire need of a reshuffle, so I started to assert boundaries in relationships, to allow toxic relationships to drift away and to take a step back from my career as an actor. This part of the journey was far from painless but the Hoffman post-process support has been, and continues to be, invaluable. It’s so rare to find an organisation that genuinely cares for the growth of their community but Hoffman really does walk the talk.

As part of the Process, we were asked to imagine what our future could look like if we didn’t limit ourselves. As a result of this vision, I now live in Spain, teaching English and working with an associate to transfer theatre plays from England. And now, due to a combination of circumstances brought about by the pandemic, I find myself in the unexpected position of stepping back into the role of actor to perform a one-man play – a play with the message that although life may sometimes be incredibly painful and brutal, there’s always something to live for. A message that I would never have been able to believe and deliver had it not been for the Hoffman. 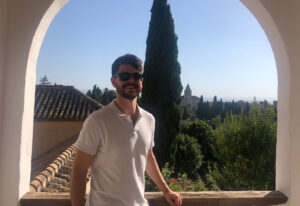 All of the surface changes aside, the one thing I’m most grateful for from the Process is its impact on my relationship with my parents.

With my Dad, although he is no longer with us, my pain and anger towards him for his flaws as a parent and, irrationally, for his death, has been replaced with a deep sense of gratitude to have had a male role model in my life who taught me it was ok to be emotional. And all of his demons aside, for staying in my life when he had countless opportunities to leave.

With my Mum, I now realise that after the death of my Dad, I unjustly expected her to be both Mum and Dad – to support me in any way that I needed and to fill the void. Due to her not giving me what the child inside me was longing for, I began to resent her and blame her for the shortcomings in my life. But now, having gone through the Process, I’m able to see her for who she truly is: a strong, resilient and loving woman who was able to recognise her own limitations and offer me access to the support I so desperately needed. We’re now able to speak to and see each other as the people we are from an adult, respectful standpoint and the impact this has had on our relationship has been mind-blowing.

There are many areas of my life that aren’t where I’d like them to be but I’ve started to realise that perhaps that’s what life is about. We don’t need to know all the answers but we can always try to improve and grow. And the act of trying opens the door to a realm of infinite possibilities. 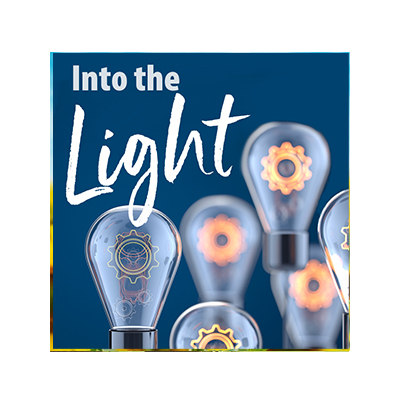